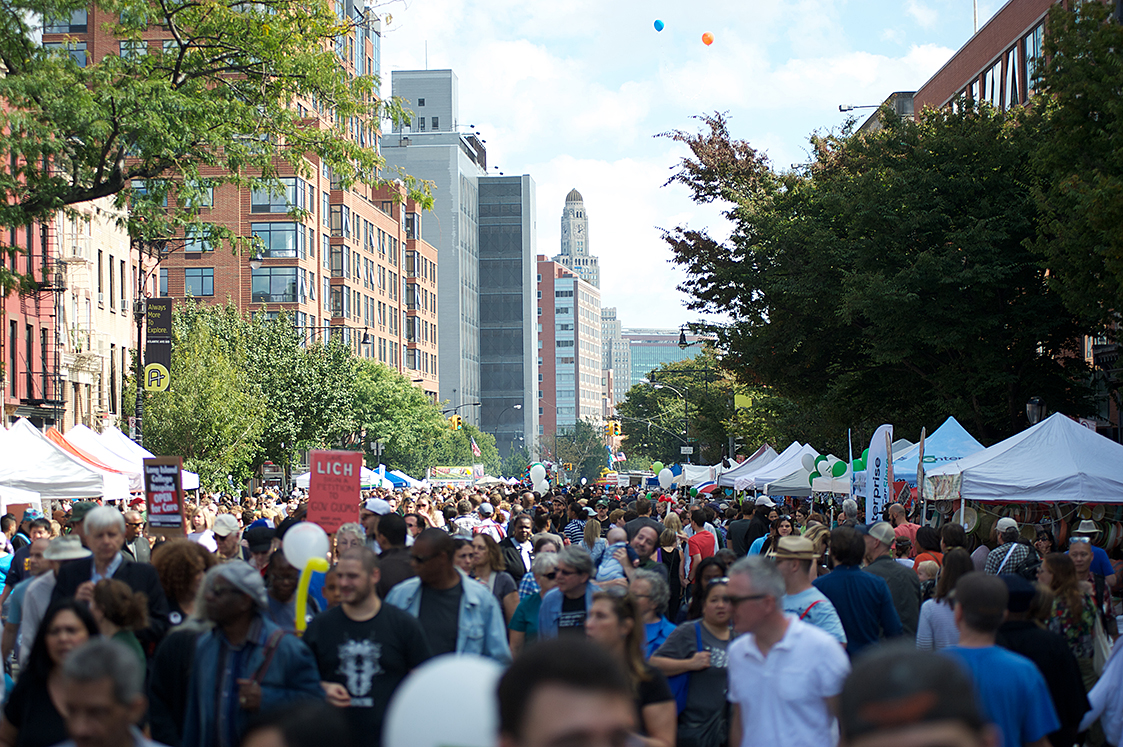 Taking place at the end of September each year, the Atlantic Antic is Brooklyn’s largest street fair, and one massive party from noon until 6pm. This year marked the 40th anniversary of the first fair, held in the Fall of 1974, attracting people from all walks of life – young, old, and everything in between. Arguably the biggest street festival in the world, the Antic stretches down 10 blocks of Atlantic Avenue, covering four neighbourhoods in Brooklyn, New York.

Festivalgoers are treated to live music of every genre, spanning 12 different stages along the walkway. The world-renowned Brooklyn Ballet performs regularly, and if you prefer something with a bit more pizazz, you’ll find belly-dancers shaking their bells and tail feathers on a stage nearby.

Just like Brooklyn itself, the fair has embraced food and held it close. Needless to say, you’ll never go hungry; all you need to do is follow your nose from one delicious food stall to the next. Cuisine on offer is as diverse as the crowd who visits; you will encounter sizzling BBQ, spicy sausage sandwiches, Vietnamese spring rolls, grilled sardines and a smorgasbord of home made delectables. Locals are known to tout, “Eat it at the Antic, walk it off on Atlantic!” And that’s just what you should do!

In addition to the stalls selling crafts and other home-grown goodies, loads of activities have been dreamt up to keep the children happy. In fact the organisers have dedicated an entire block to story telling, pony rides, face painting and bountiful fun to make sure that when bed time comes, the little ones are already snoring.

Also jumping on the bandwagon is the New York Transit department who featured their 21st Annual Bus Festival on the same day. A short walk off the beaten path of Atlantic Avenue you will find buses with ceiling fans, decommissioned tunnel washing trucks and a dozen other vintage transport vehicles, including a double-decker bus that operated in Manhattan from 1931 to 1953.

The street fair, organised by the Atlantic Avenue Local Development Corporation (AALDC) has attracted over 1 million people to the streets of Brooklyn in the past. Every year, the fun gets bigger and better, who knows what the next 40 years will bring down Atlantic Avenue.