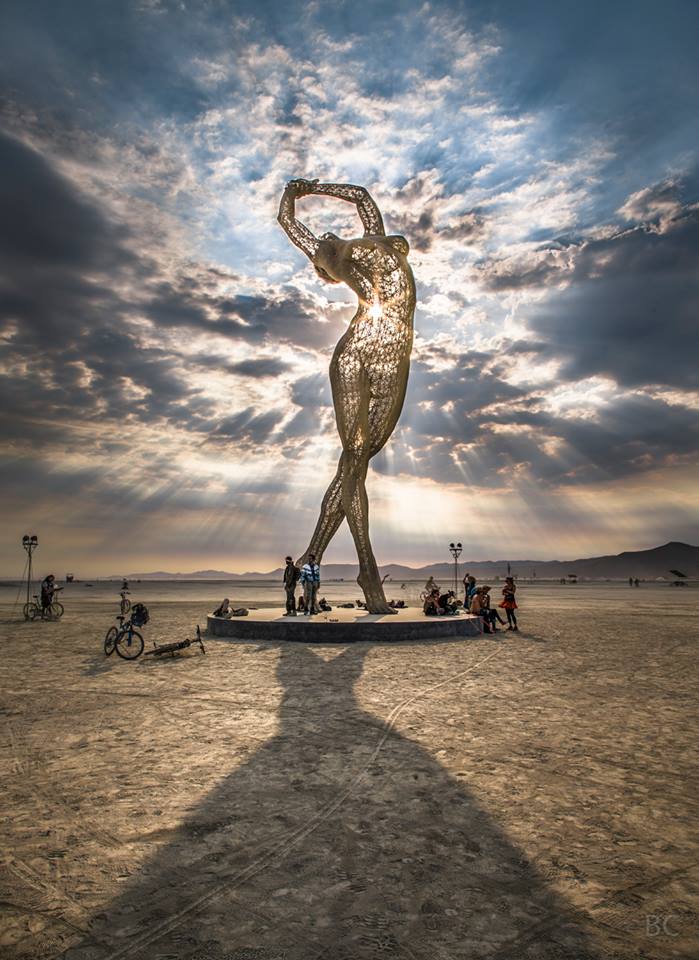 When it comes to an international festival that has the ability to captivate your heart and leave its mark in your mind for years, there are only a select few that can contend for top spot. One which definitely rivals any podium position and should be on your bucket list is the Burning Man festival. If you haven’t heard about it yet, prepare to be filled with intrigue!

The Festival in General

This unique, annual, week-long festival is held in the core of the Black Rock desert, Nevada, USA. Burning Man is a self-reliant community occupied by performers, artists, free spirits and more. This festival is self-dependent so you will need to pack what you will eat, wear or need for a week. It’s centred on ten principles that are meant to whip up the cultural philosophy inside us: radical inclusion, gifting, decommodification, radical self-reliance, radical self-expression, communal effort, civic responsibility, leaving no trace, participation and immediacy. The event has experienced significant growth in popularity, changing from a small handful of people in 1986 to tens of thousands in 2014.

Imagine a ghost town that springs to life and then is taken apart in a week. Anticipate that you are going to be exposed to the elements, so it would be wise to bring goggles for the dust storms, warm gear for cold nights, hats for the sun, and a torch or some form of illuminated light to get around safely at night.

Expect to see a lot of fringe and visionary art, as creative expression and interactive art are encouraged. Bicycles and tricycles are extremely popular for getting around on the dry salt lakebed of barren white powdery sand. Individuals often decorate their bikes to make them unique. Every night during Burning Man, you can see thousands of bikes and art cars driving around, creating a visual display similar to constellations of stars in the dark night.

You will soon realize it’s a gift economy where food and drinks are free at every turn, as the only thing you can buy is ice. One of the first things you’ll see on the open plain is all the amusing-looking decorated “mutant” vehicles. Some even have open bars and multi-level dance floors, and serve as a great way of getting around Black Rock City.

This imaginative counterculture art festival has sold out in the previous three years, which can be attributed to the array of highlights, such as amazing art installations that will leave you in awe. Take your pick from hundreds of workshops on show, ranging from DIY Energy Machine classes to spiritual meditation/ yoga classes. One of the prime highlights would be the burn of the ‘Man’, often symbolically interpreted as corporate corruption and all that is holding our world back. As the large wooden effigy is lit and bursts into flames, the most energy-infused party begins and carries on into the early hours. Dance the night away at intense sound camps with massive stages, giant flamethrowers and sleek sound systems. Every year there’s been great electronic music talent such as Carl Cox and Paul Oakenfold.

The 2014 Burning Man was a great success and an estimated 65, 000 people came to attend this surreal festival from all over the world, to dance, express themselves, and take in the spectacles. There were climbable art structures, which served as great platforms for festivalgoers to release their inner child and snap selfies! The Embrace Art Structure was possibly the most impressive and talked-about art structure at Burning Man 2014. It was a male and female human body consisting of passageways with windows all the way to the top of the heads, where you could peer out through the eyes. The male structure had a heart with gears and a machine inside of it, signifying logic. The female structure had light bulbs in her heart, signifying creativity. Burning Mans pyrotechnics are amongst the best in the world, and this year’s “Nuclear Dream Burn” firework show was a crowd pleaser as it exploded to resemble a bloated atomic bomb.

If you’ve ever wanted to go completely off the grid and step completely outside your comfort zone then this festival is definitely the place to be to in 2015. Get set to create incredible memories and experience genuine human interaction that’s pure and warming. With past themes such as Fertility, Time, Hell, Outer Space, The Body, expect 2015’s theme to be just as alluring! There is a misconception about Burning Man that it’ll be around forever… but the whole idea is that it won’t, as the event is a celebration of impermanence and change. If you wish to truly appreciate and grasp Burning Man, you need to go soon, as it’s a transformative experience unlike any other on the planet!