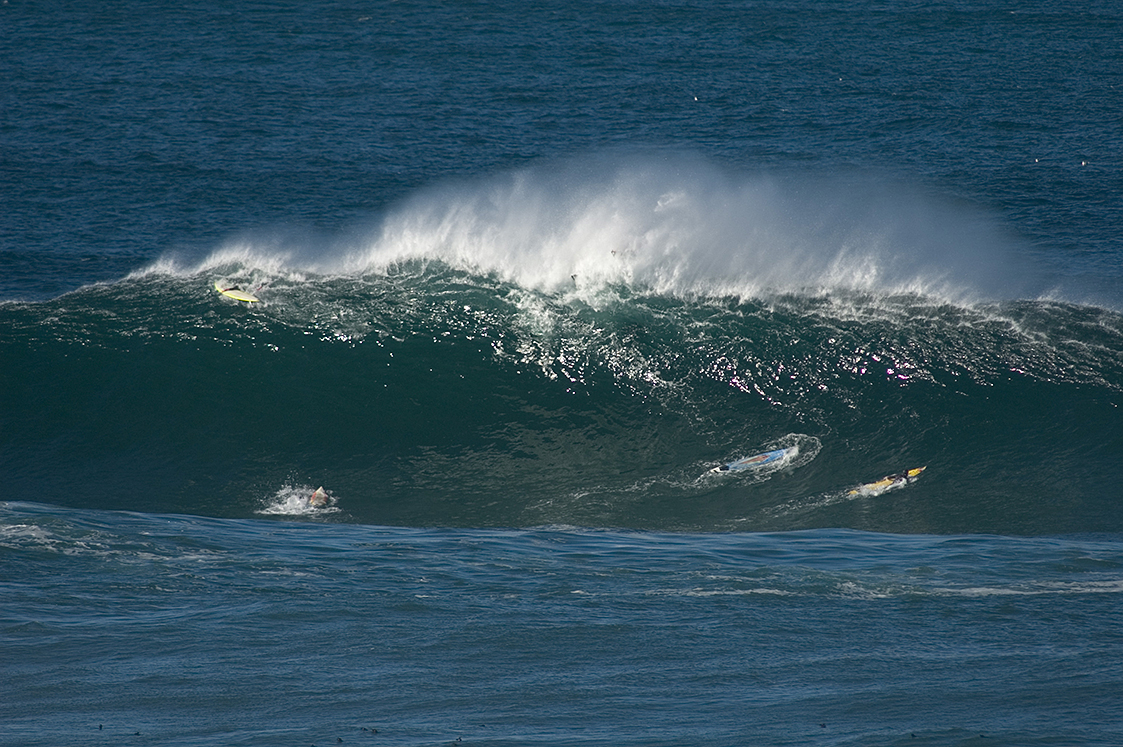 Nothing says summer like the white sandy beaches and the cool blue ocean. For some however, it’s the scarier side of the sea that entices a summer rush. If the names Mavericks, Shipsterns Bluff, Jaws and Dungeons mean anything to you, you may be part of a small club of thrill seekers who are out to conquer the most extreme waves in the world.

Every year, the Association of Surfing Professionals (ASP) holds an elite competition. A competition for the bravest, most hardened pros to test their mettle against the largest waves that Mother Nature can muster. The series travels the world over, starting in Peru and ending on Hawaii’s Maui Island. Competitors wait for perfect conditions to ride monster waves the size of office blocks.

A short drive from downtown San Francisco, on Half Moon Bay, lies one of the most revered waves known to the surfing world. The name Mavericks has been synonymous to big wave surfing ever since seventeen-year-old Jeff Clark paddled out to twenty plus foot swells in those icy, sharky waters. Changing American surfing forever, the wave has not been without its dark moments, and the dangerous left has claimed the lives of a number of ballsy surfers. Unbelievably, it’s named after an adventurous Labrador who decided one day to try and swim out to the wave.

Big wave surfing isn’t all end of the world danger and flying sharks though, and one only has to paddle a few hundred kilometres west to the beautiful islands of Hawaii or French Polynesia to find some of the most idyllic beaches and big wave surfing on offer.

Off the coast of Maui is a wave known to the locals as Pe’ahi. A 60 to 70 foot swell was often frequented by windsurfers who could use the power of the wind to achieve the high speeds required to drop into a wave of this enormity; but it wasn’t until Laird Hamilton and his buddies started using jet skis to tow themselves into the wave that traditional surfing on this big wave spot became a common sight.

Lastly, the wave of all waves, the most beautiful, perfect break and the wave that has become a pilgrimage for surfers the world over is Teahupo’o. It holds the title of the world’s heaviest wave. Located on the southern shore of French Polynesia, the crystal waters break over a very shallow reef causing a near vertical wall of water to churn its way towards the island, taking no prisoners but making surfing kings of anybody who makes the barrel, screaming out into the sunshine with an enormous smile on their face and adrenaline pulsing in their veins.

Check it out here.