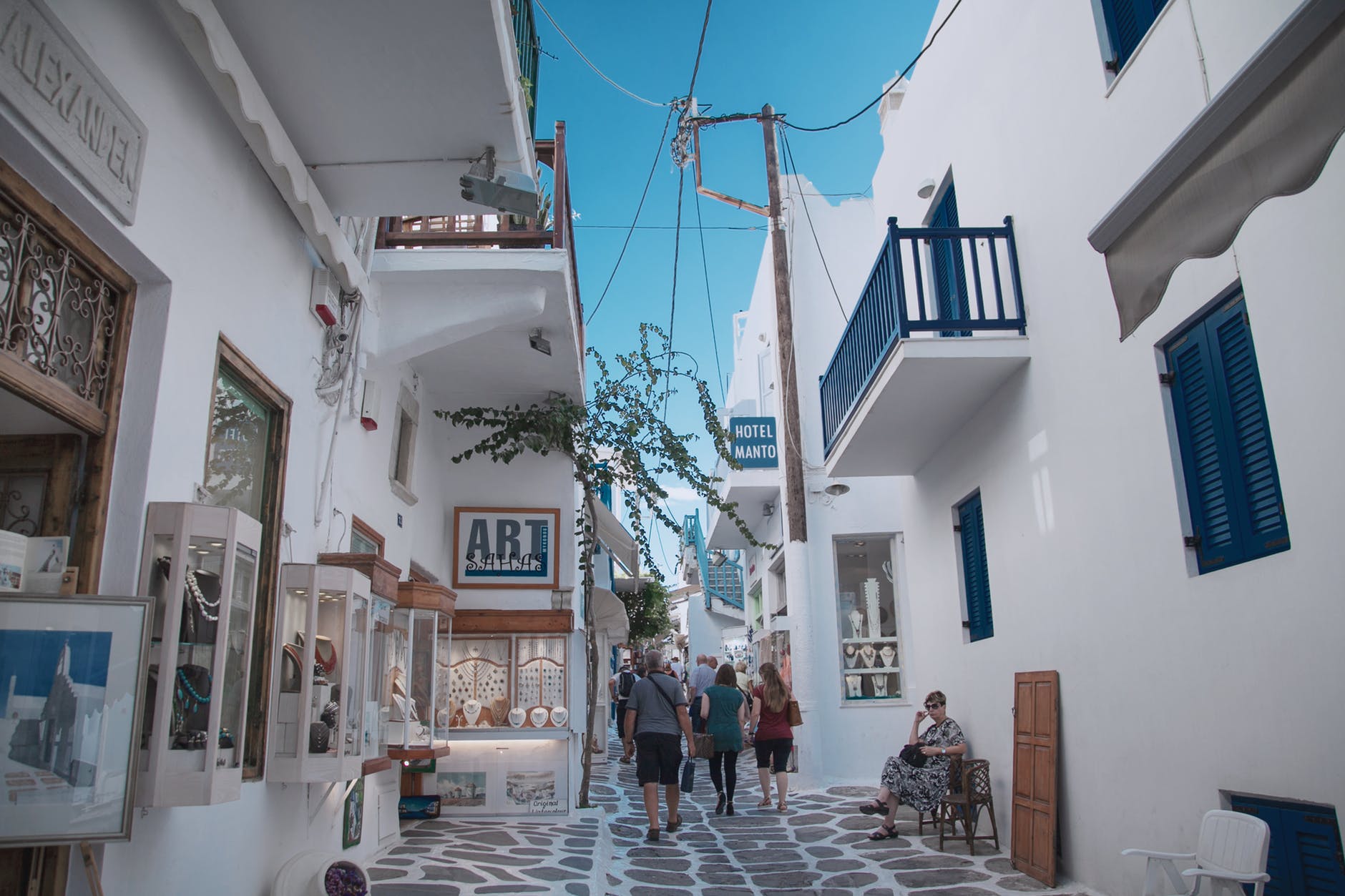 Known for it’s azure waters and traditional buildings as white as a bleached sheet, its no surprise that the Greek island of Mykonos is a top choice destination for holidaymakers around the world. You only have to look at a map of the largest town, also named in the traditional manner as Mykonos, to realise that the winding roads are the perfect place to drop the top on a convertible and feel the essence of the Island of the Winds in your hair.

Starting in Chora, as it is locally known, you will soon realise that some streets aren’t that well suited to anything bigger than a bicycle, so unless you know where you are going, rather aim for the main roads and avoid being shouted at repeatedly by an angry Greek for trying a 52 point turn in their front doorway! The main streets around the town will offer you some spectacular views and the independence of a car means that you can park off and enjoy the view as well.

It is on the outskirts of the major towns and out around the island that the real magic makes an appearance. Heading south from Chora, the peninsula of Agios Ioannis Diakoftis leads down to the island’s most southerly point and the view across to the Island of Delos. The ocean-side drive from beach to beach begins in earnest now, stopping for ice cream at Psarou, Platys Gialos, Paraga and Paradise, and moving northwards again towards the small village of Ano Mera.

Driving this in a convertible is going to be the best, and popping in and out of small beach resorts and villages will be the order of the day; but there’s another area on the island that is worth exploring, which is the hills in the centre. In addition to being the location of some of the most beautiful villas on the island, the monastery of Panagia Tourliani and the old mines of eastern Mykonos and the Profitis Ilias Anomeritis Mountain are worth a visit. Not well known to tourists, this is where you will be able to put your foot down a bit and the climb up to the summit offers some spectacular 360-degree panoramas of the whole island.

Making your way back to Mykonos Town along the Northern Coast will be a winding, scenic drive through scattered villages and past the two large dams on the island. But nothing will prepare you for a sunset over the ocean, driving down the coastal road past the main harbour and as you finally return to town for an evening of seafood, chilled wine and dancing; you’ll thank your lucky stars that you didn’t do it by bus.