Maroon 5 – Release of the V

Only a couple times a year does an album debut that is ‘to die for.’ Maroon 5’s album “V,” which was released on September 2, 2014, is definitely one of those albums that you want to get your hands on. Just pop their CD into your car and I’m positive that it’ll take over your stereo and you’ll never eject it again.

“Maps” and “Animals” are the two songs that have hit the radio off the group’s album. But there are definitely some more hidden gems to be found on their soundtrack. “Shoot Love,” “Sugar” and “In Your Pocket” are the perfect songs to roll down your car window and cruise to. If you want a song to brighten a gloomy day put on “My Heart is Open.” And for a somber day, “Leaving California” and “Lost Star” are the perfect mix-tape. My personal favorite track on the album has to be “Unkiss Me.”

Maroon 5’s album has hit the No.1 spot on the Billboard top 200 album chart. So get yourself a copy of this album and before you know it you’ll be blown away by the musical mastery that is “V.” 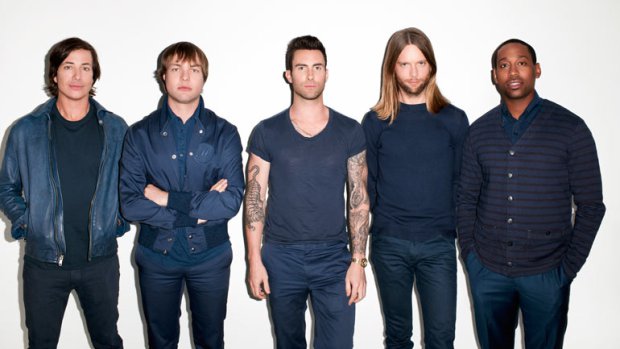 Check out the video of their first hit “Maps”: