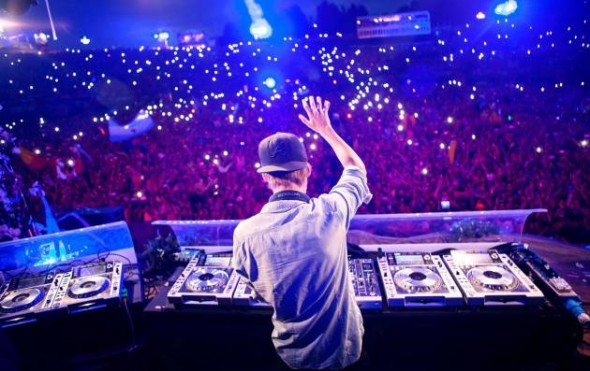 As the decades pass, new generations are born giving hope to older generations for a brighter future. As the population grows and changes adopting new fashions and trends they take music along for the ride. In a world that is separated by land and sea, language and religion, music serves as the universal language. Music breaks barriers and bridges gaps between cultures. Music has the power to bring people together, to save them, to heal them. The Silent Generation survived the World Wars through the voice of Frank Sinatra. The Baby Boomers marched for Civil Rights to the beat of The Beatles. Generation X watched the Berlin Wall fall while jamming to Nirvana. Now it’s our turn: Generation Y.

Generation Y is entering the phase of adulthood with the chance to finally speak up and shape the future of this world, forever leaving its mark. In recent years it has become clear that Generation Y has found it’s voice and it goes by Electric Dance Music (EDM). EDM is bold, speaking loudly and in tune with a generation obsessed with both technology and social change. Our music reflects a generation that wears innovation like a tattoo.

While some may love it and some may hate it, EDM is taking the world by storm becoming more and more popular across all continents. Heading the movement of EDM is none other than Avicii. If you haven’t heard of him you’re outdated. If you don’t love him you’re out of tune. But if you give him a real chance he’ll steal your heart with a single bass drop.

Avicii, the stage name of Tim Bergling, 25, is a Swedish born DJ. He began his journey to the top at the age of 18 and it has only taken him 6 short years to get there. He has taken EDM from basic lyric-less techno beats, to cross-genre mashups with stunning vocals that have left the EDM, rock, country, and pop communities dazed, confused and love struck.

As the world continues to turn so do Avicii’s tables. What began as remixing popular tracks and leaking them to music blogs for fun turned into something much, much more. His redefined house sound grabbed the attention of not only fans but fellow DJ’s, too. One in particular was Tiësto, whom invited Avicii to perform weekly at Privilege, a popular nightspot in Ibiza. The opportunity to perform live turned into a chance to release his first hit “Seek Bromance” which exploded across mainland Europe, eventually finding its way to the U.K. By 2012 he’d released his first single “Levels” the song and video were nominated that year at the MTV Music Video Awards solidifying his brand on North America. In 2013 “Levels” was nominated again, this time for a Grammy in the Best Dance Recording category. He released his debut album “True” later that year and has since been sitting comfortably at the top of the charts worldwide due to its entrancing blend of EDM and country.

No, that is not a typo and no, you did not misread “country”. It was an unlikely combination that most EDM artists would call taboo, but with award nominations and chart topping tracks like “Wake Me Up” and “Hey Brother” prove it was a risk well worth taking.

Continuing to cross genres and forever transform EDM, Avicii has no plans of stopping. He is rumored to have over 70 tracks that could potentially make the cut for his next venture. A venture that includes guest appearances from Jon Bon Jovi, Green Day’s front man Billie Joe Armstrong, and the vocalist of System of a Down, Serj Tankian. Does this mean Avicii’s new album will push the limits further still and bring EDM in sync with Punk and Metal?

Normally, this would probably terrify fans of EDM. However, considering the melodic blend he created with “True” I’m aiming to guess fans are probably scouring the Internet for album sneak peeks and leaks on the daily in anticipation. Until then it isn’t hard to catch Avicii live, no matter where you are in the world. With popular spots being Las Vegas, Miami, and of course Ibiza, it isn’t hard to catch a domestic or international show. In fact, fans are likely to do both if given the chance.

I think it’s clear Generation Y has put their hearts into EDM and with the help of artists like Avicii the rest of those hesitant to embrace the sound will eventually follow suit. That is, once they pause long enough amidst the chaos of this crazy world to be still, listen to the beat, and then dance their faces off, together.