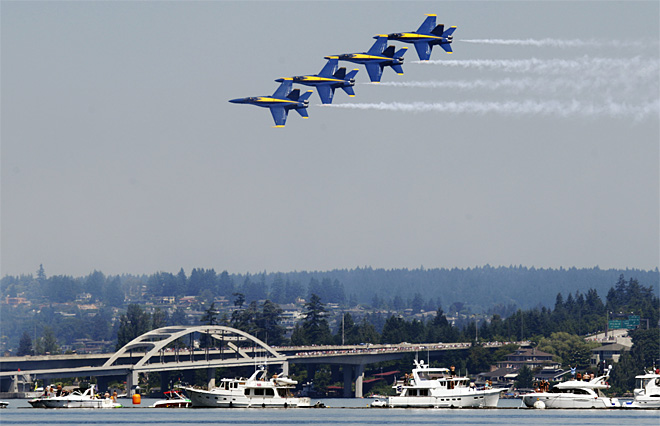 A Summer Celebration in Seattle

Most of the United States is currently suffocating because of the intense heat and humidity of summer. However, up in the Northwest corner of the country summer is refreshing. Seattle, Washington is the perfect place to spend your summer as its weather averages 80°F (27°C).

Seattle was the place to be, as it hosted one of the summer’s long-standing celebrations – Seafair. Seafair is a month long celebration whose culminating weekend features hydroplane races and an air show over Lake Washington. People enthusiastically head outside to the shoreline and their boats to get a front row seat to this spectacle. Essentially it’s a time where friends and family meet-up to celebrate summer!

The most popular show of the weekend is when the U.S. Navy Blue Angels fly. These planes roar across the sky while performing amazing aerobatic and low flying maneuvers. They race overhead at speeds approaching 700 mph. The other big event happening out on the water during Seafair is the “Seafair Cup.” This is an intense hydroplane race put on by American Boat Racing Association. People dock their boats at the log-boom in advance to get a great front row view of the hydroplane races.

Summer would be incomplete without Seafair. This is an event that people of all ages eagerly await each year. People can’t wait to kick back on an inner tube in the middle of Lake Washington, cold refreshment in hand, laughing and having a blast with friends under the summer sunshine. 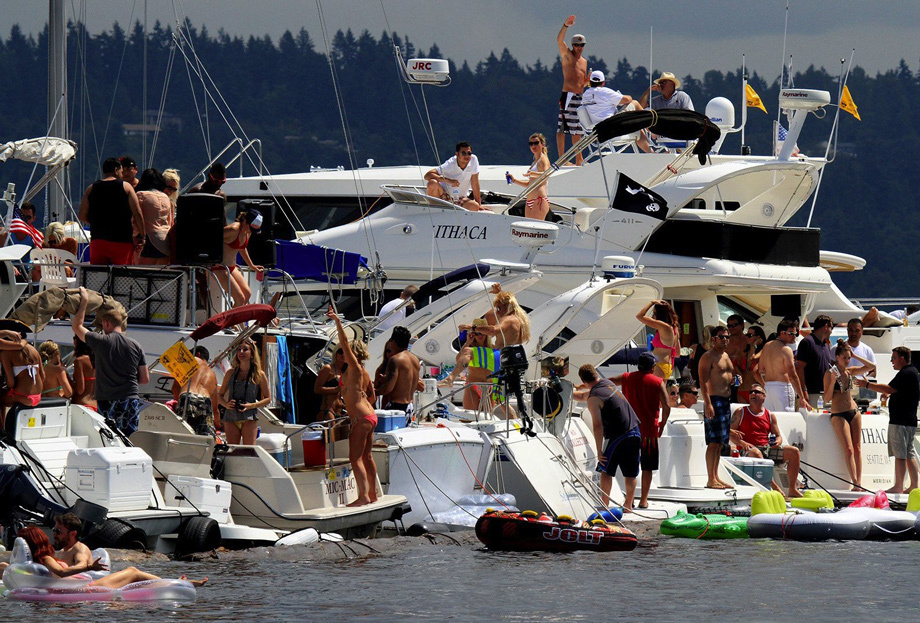