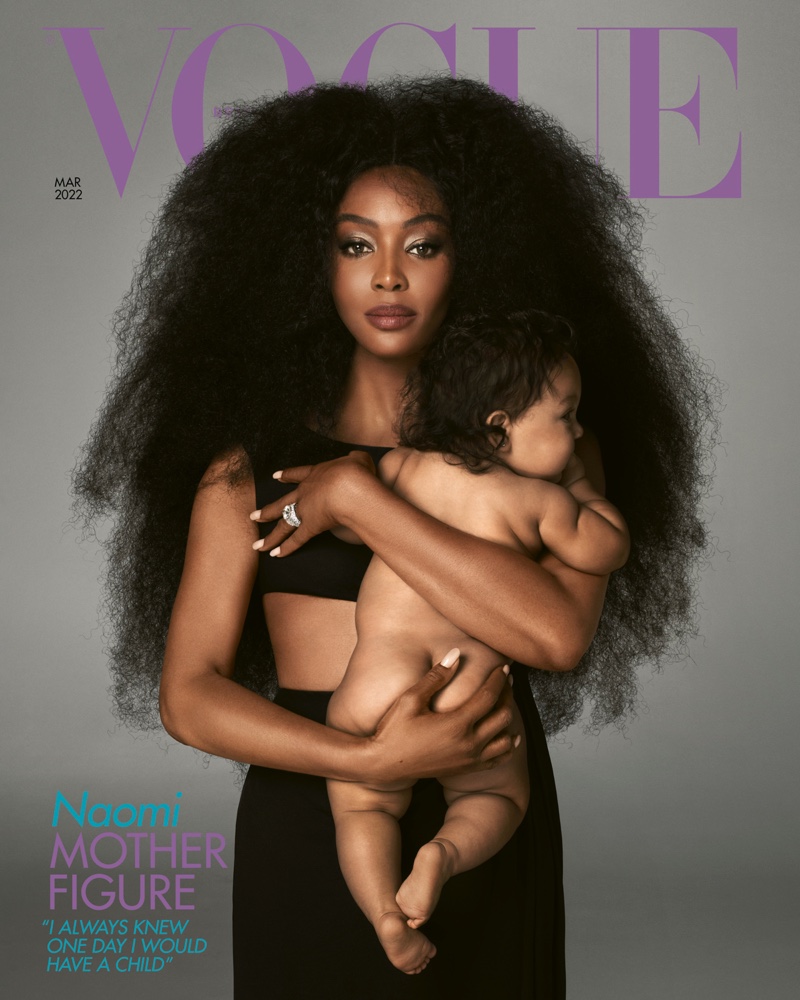 Supermodel Naomi Campbell and 9-month-old daughter stun on the cover of Vogue UK’s March 2022 issue. The British Beauty cradles her baby while wearing a Valentino crop top and skirt, as well as vintage rings from the FD Gallery, in a photograph taken by Steven Meisel. Joe McKenna styles the shoot, which includes a voluminous hairstyle by Guido Palau and flawless makeup by Pat McGrath.

In the feature, Naomi reveals that her daughter is not adopted but biologically hers. She is saving more details for her book. “I can count on one hand the number of people who knew that I was having her,” the model tells the magazine. “But she is the biggest blessing I could ever imagine. It’s the best thing I’ve ever done.” 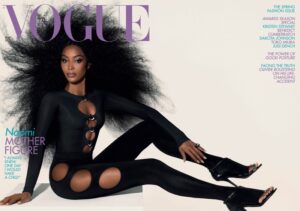