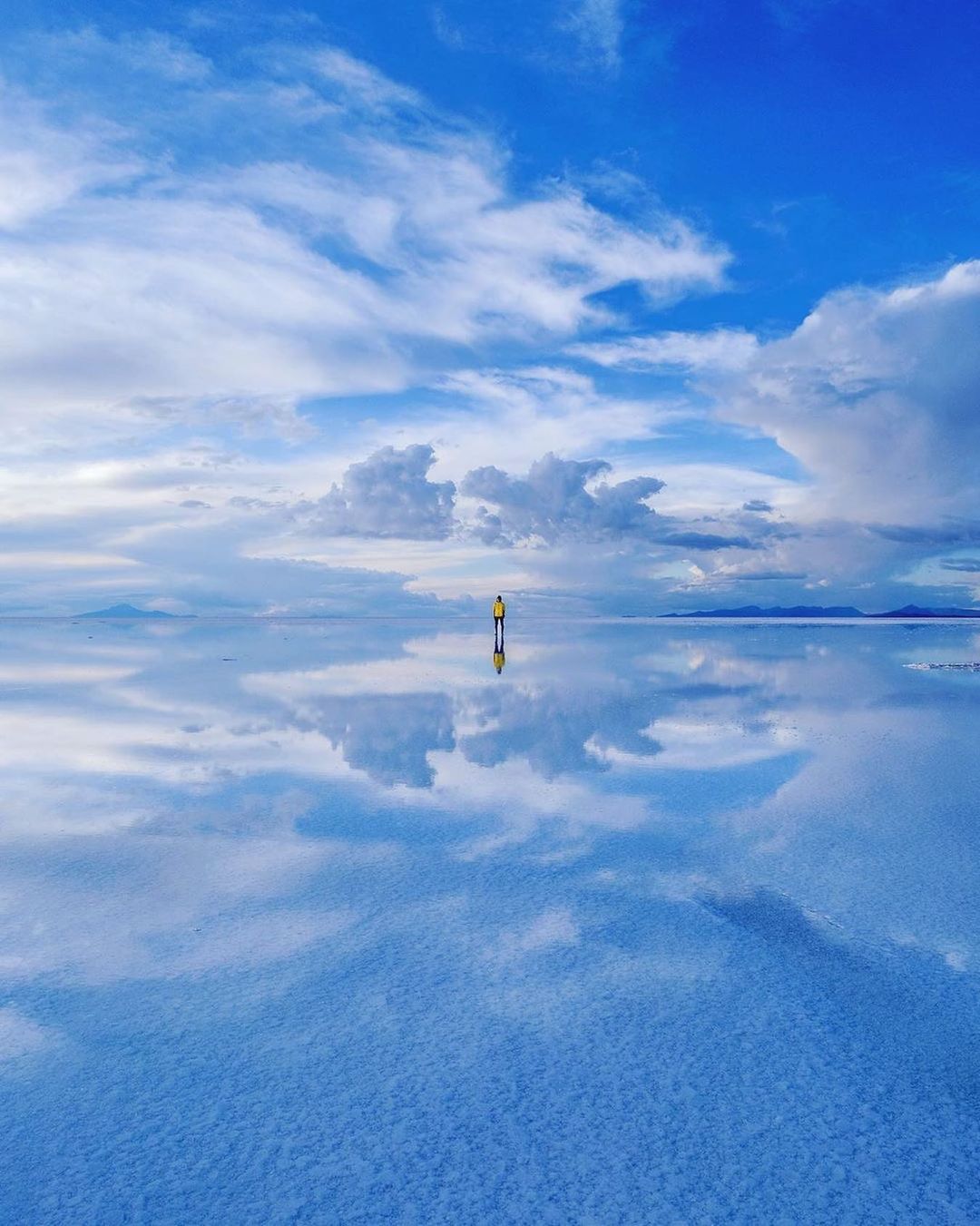 Salar de Uyuni (or Salar de Tunupa) is the world’s largest salt flat, or playa, at over 10,000 square kilometers (3,900 sq mi) in area. It is in the Daniel Campos Province in Potosí in southwest Bolivia, near the crest of the Andes at an elevation of 3,656 meters (11,995 ft) above sea level. The Salar was formed as a result of transformations between several prehistoric lakes. It is covered by a few meters of salt crust, which has an extraordinary flatness with the average elevation variations within one meter over the entire area of the Salar. The crust serves as a source of salt and covers a pool of brine, which is exceptionally rich in lithium. It contains 50% to 70% of the world’s known lithium reserves according to a 2009 Foreign Policy article by Joshua Keating. The large area, clear skies, and exceptional flatness of the surface make the Salar ideal for calibrating the altimeters of Earth observation satellites. Following rain, a thin layer of dead calm water transforms the flat into the world’s largest mirror, 129 kilometers (80 miles) across. 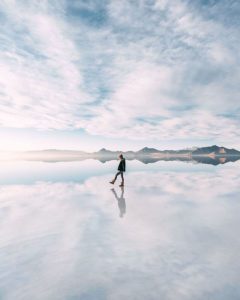