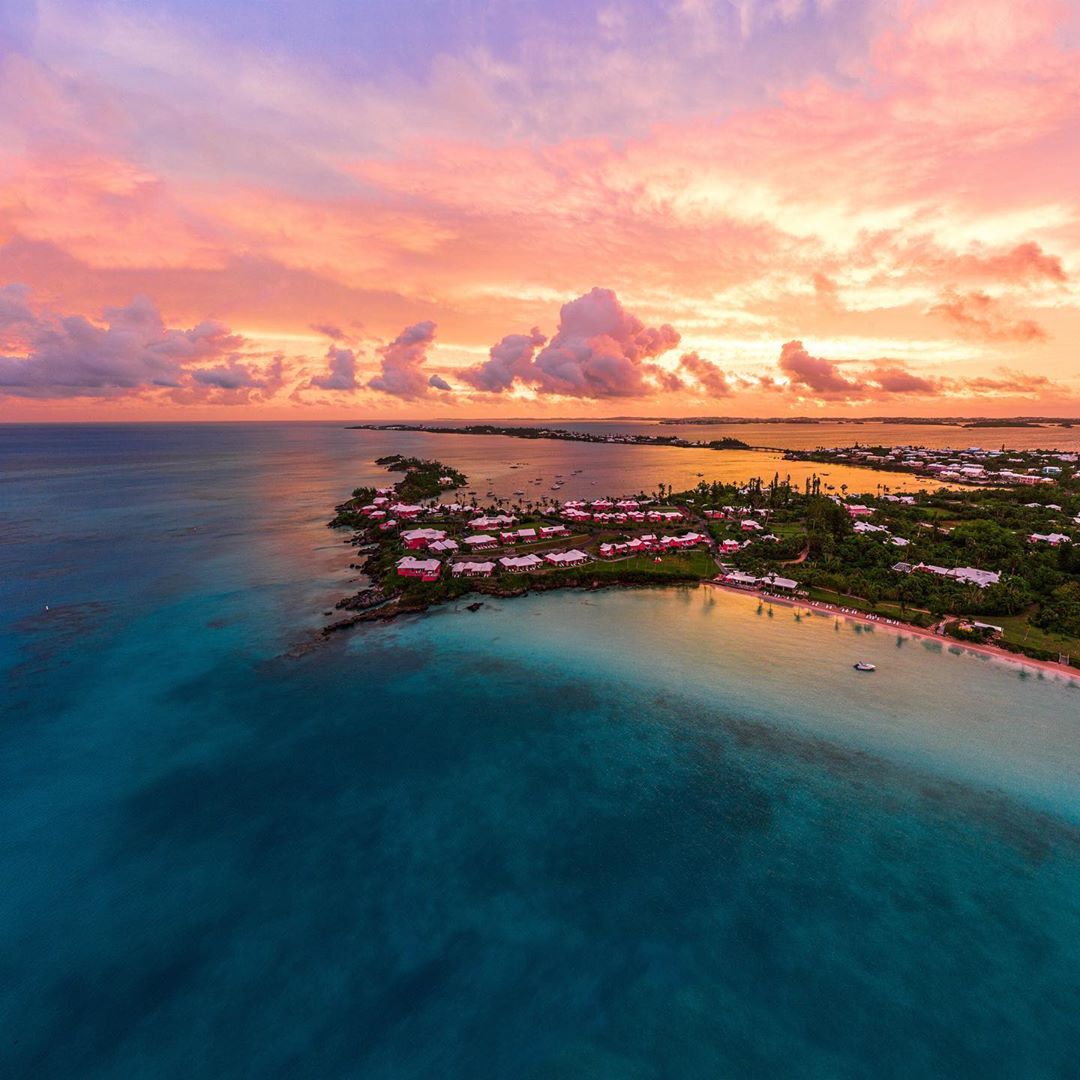 Bermuda is a British island territory in the North Atlantic Ocean known for its pink-sand beaches such as Elbow Beach and Horseshoe Bay. Its massive Royal Naval Dockyard complex combines modern attractions like the interactive Dolphin Quest with maritime history at the National Museum of Bermuda. The island has a distinctive blend of British and American culture, which can be found in the capital, Hamilton. 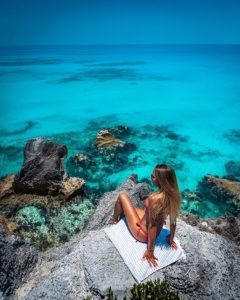