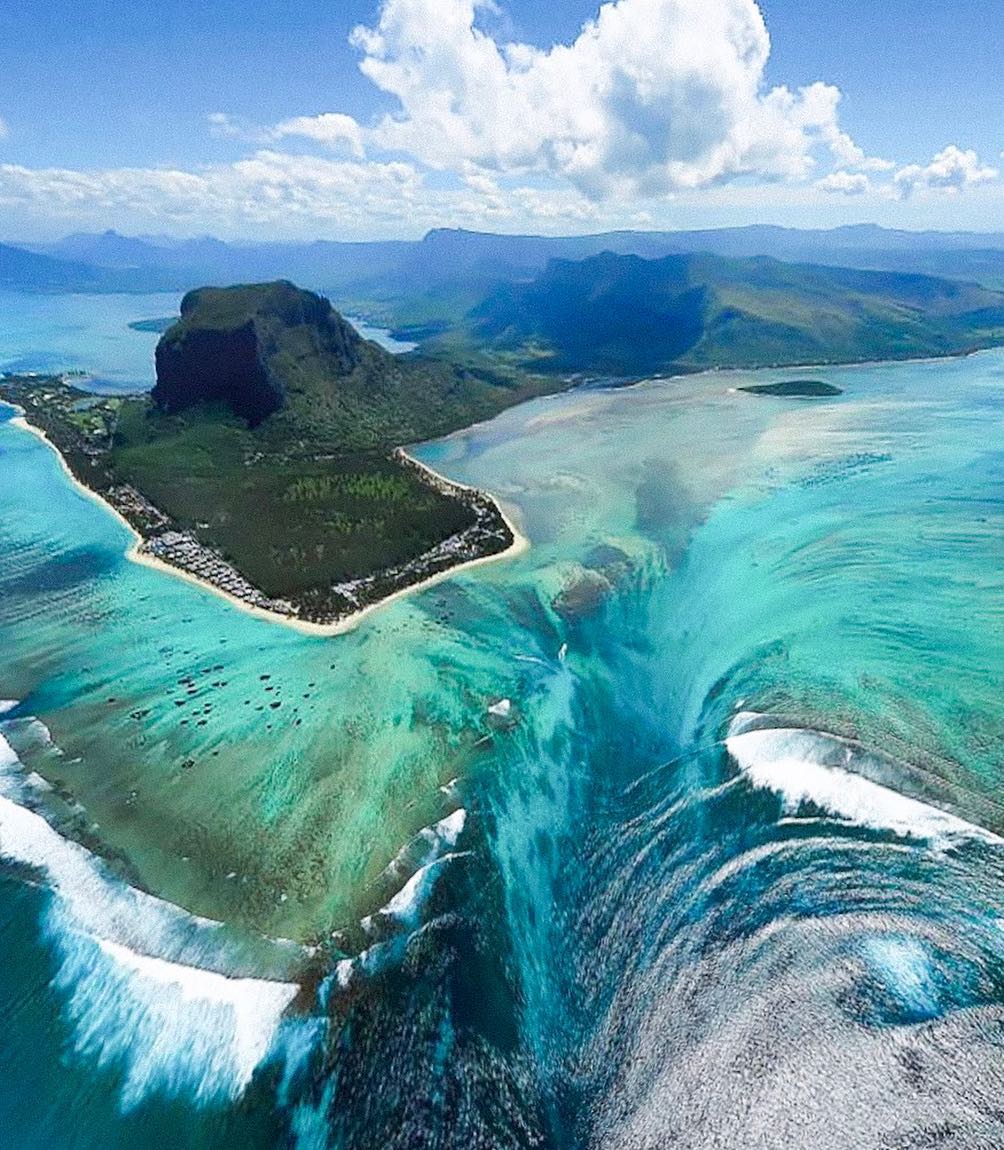 Image Courtesy of the above image: @jeniashtefan

Just off the coast of Le Morne, on the island’s southwest, Mauritius offers a spectacular illusion. Sand and silt on the ocean floor runoff in a way that makes it look like they’re pouring down a waterfall — or like the entire island is being sucked down a vast drain. It’s just the flow of underwater currents that create a dramatic image. The ocean water is spectacular from the shore, but to see this particular view requires a helicopter ride. Tours are set up just for that. 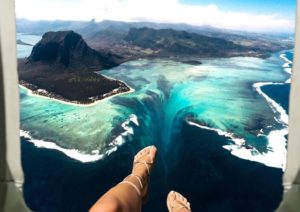