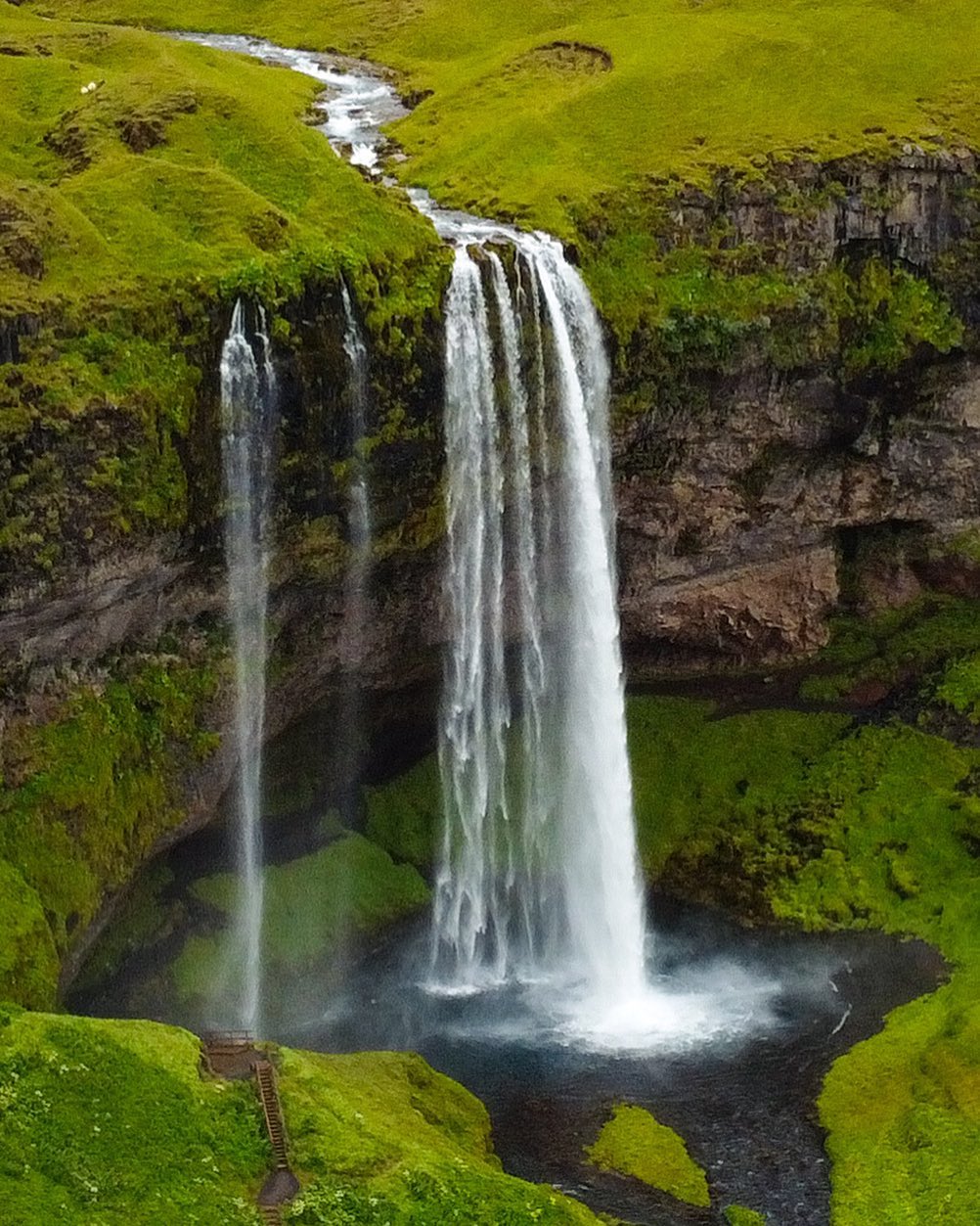 #travelwithyoureyes to #Seljalandsfoss .Seljalandsfoss is a waterfall in Iceland. Seljalandsfoss is located in the South Region in Iceland right by Route 1 and the road that leads to Þórsmörk Road 249. The waterfall drops 60 m and is part of the Seljalands River that has its origin in the volcano glacier Eyjafjallajökull. Seljalandsfoss has the added advantage of a cave that makes the waves look like a curtain, allowing visitors a surreal viewpoint. Seljalandsfoss was featured in the movie CKY2K and music as well (I’ll Show You” by Justin Bieber). The official music video features glacial lagoons and rivers in South Iceland, including Seljalandsfoss. 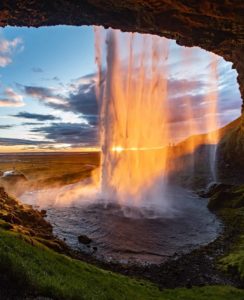