World Swimsuit/Travel /Stair of the Turks 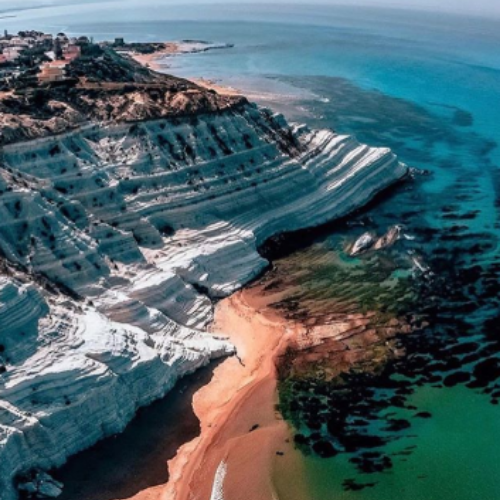 Stair of the Turks

The Scala Dei Turchi (Italian: “Stair of the Turks”) is a rocky cliff on the coast of Realmonte, near Porto Empedocle, southern Sicily, Italy. It has become a tourist attraction, partly due to its mention in Andrea Camilleri’s series of detective stories about Commissario Montalbano. The Scala is formed by marl, a sedimentary rock with a characteristic white color. It lies between two sandy beaches and is accessed through a limestone rock formation in the shape of a staircase, hence the name. The latter part of the name derives from the frequent raids carried on by Moors. 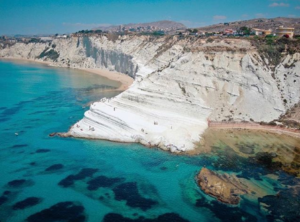