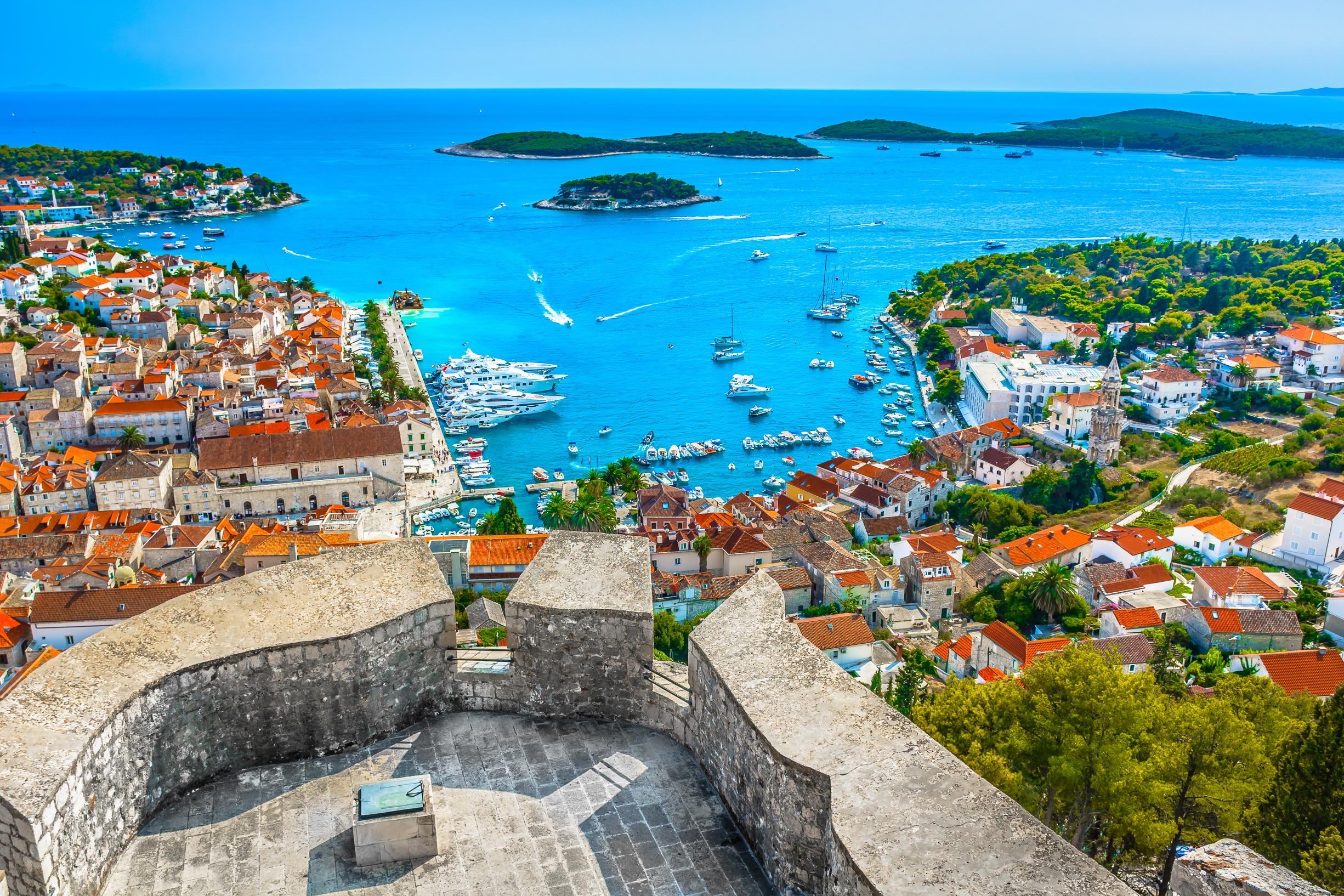 Hvar, a Croatian island in the Adriatic Sea, is best known as a summer resort. Highlights of the port town Hvar include its 13th-century walls, a hilltop fortress and a main square anchored by the Renaissance-era Hvar Cathedral. The island also features beaches such as Dubovica and inland lavender fields. Boat excursions serve the nearby Pakleni Islands, which have secluded beaches and coves.