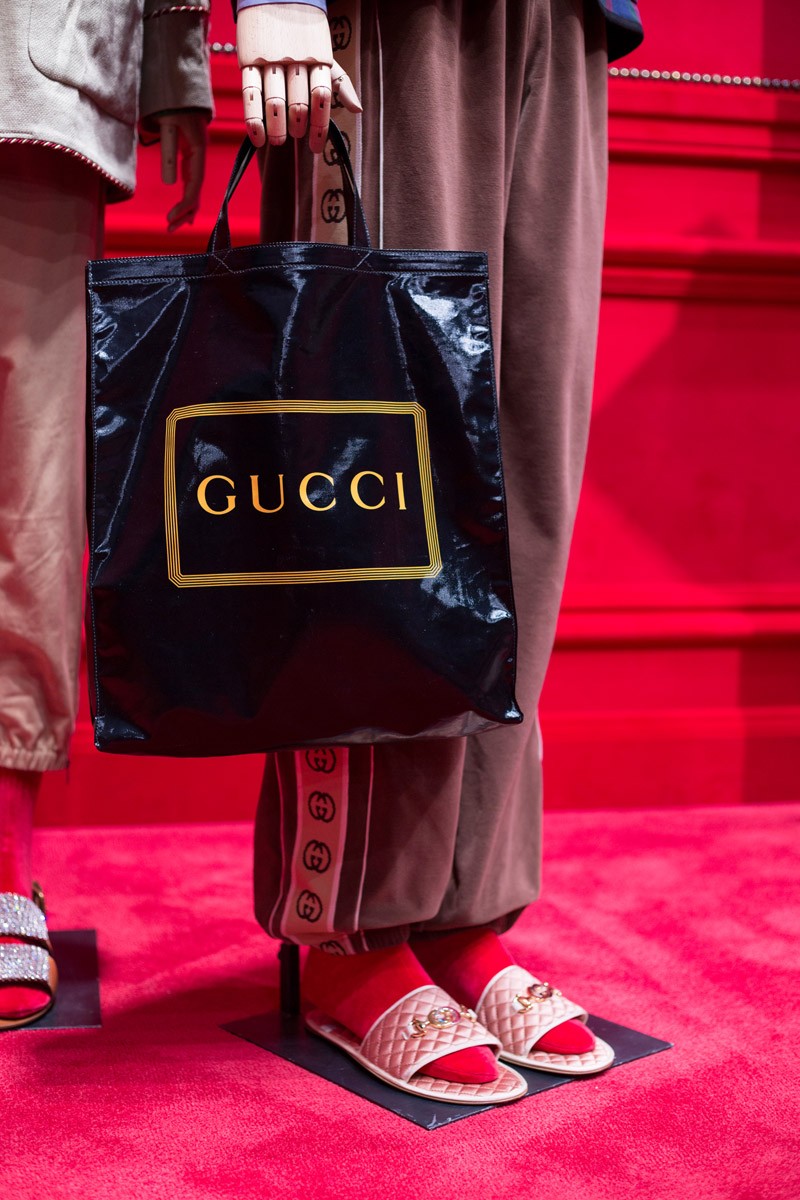 It’s a classic take on the juxtaposition of the new and old. Inspired by the Ancient Greek symposia where wealthy men often gathered for thinking and philosophizing, Gucci turned the ancient Greek city of Selinunte which is now the south-west coast of Sicily for their pre-fall campaign. A melting pot of characters, including punks, bodybuilders, surfers , and basketball players are seen interacting and having fun in the label’s flamboyant outfits reminiscent of the gatherings that took place on the ancient acropolis.