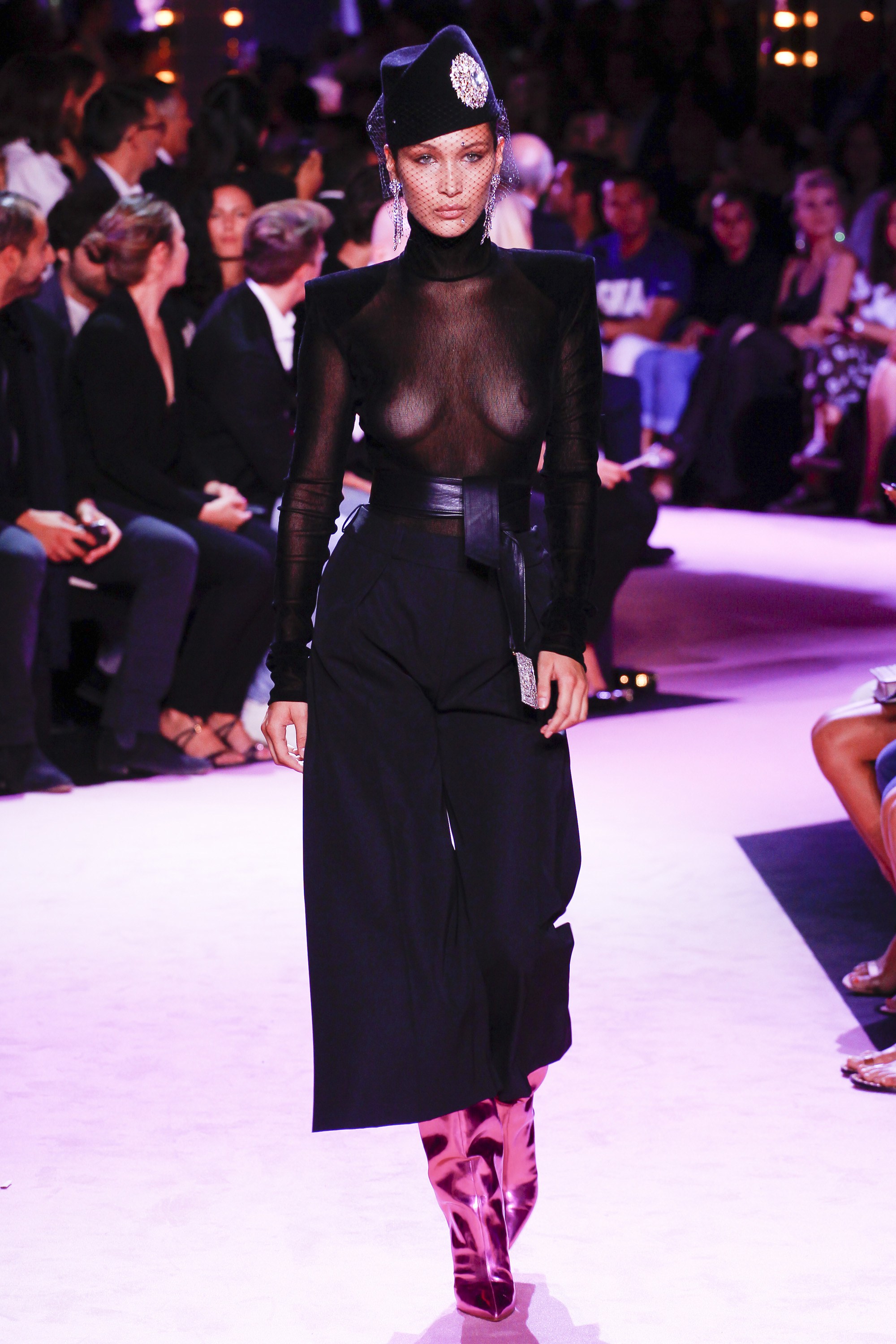 IMG model Isabella Khair Hadid, popularly known as Bella Hadid has been stirring up social media after her appearance on the Haute Couture Fashion week in Paris. After being voted Model of the Year’ for the Model.com’s Awards, she has proved her worth of the title and not disappointed. Bella Hadid currently is making most of the fashion news headlines by slipping into the most daring ensembles showcased at the Alexandre Vauthier show at the Paris Haute Couture Fashion Week that kicked off on Sunday, the 2nd of July. The model stunned in a combination of revealing looks, showcasing her body all in the name of fashion.

She first spotted a silvery-gray metallic gown that was split down the middle, secured with a black velvet tie around her waist. The super model left nothing for imagination as she walked the catwalk in the plunging see-through ensemble. Her to-die-for taut abs also peeped leaving behind an envious line of viewers. Her second look was more daring and bolder. Ironically, the look covered her up from head to toe but her assets were full on display. She wore a black high-neck top, which was sheer at the front, practically revealing her waist and chest underneath. To complete the look she also wore a black skirt and a pair of bright pink boots, slapping in some color to the rather thoughtful look.

Bella’s hair and make-up was perfectly done. She was styled with a soft, natural face, her eyelids having a pink lush matched by the gloss on her full pouty lips. Her back locks were well scraped revealing her bronzed face and amazing silver earrings. In addition to all this glam, the model turned necks when she attended the Christian Dior couturier du reve Exhibition Launch, marking seventy years of creation. She was spotted living young and wild with a glass of champagne on one hand and a cigarette on the other.

Being just twenty, Bella Hadid simply has it all – a glamorous life, a luscious boyfriend that she enjoys bragging about and a promising career. 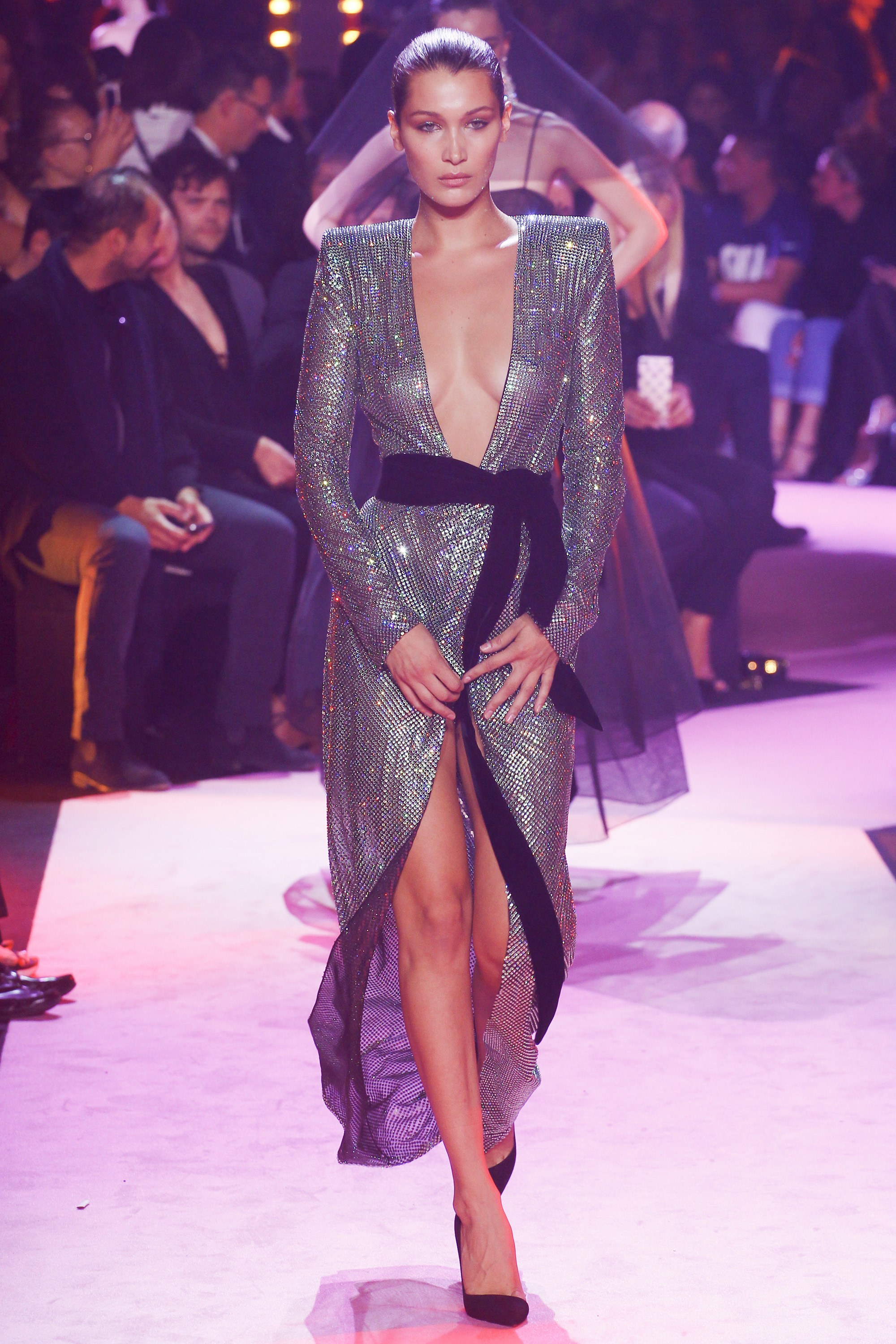 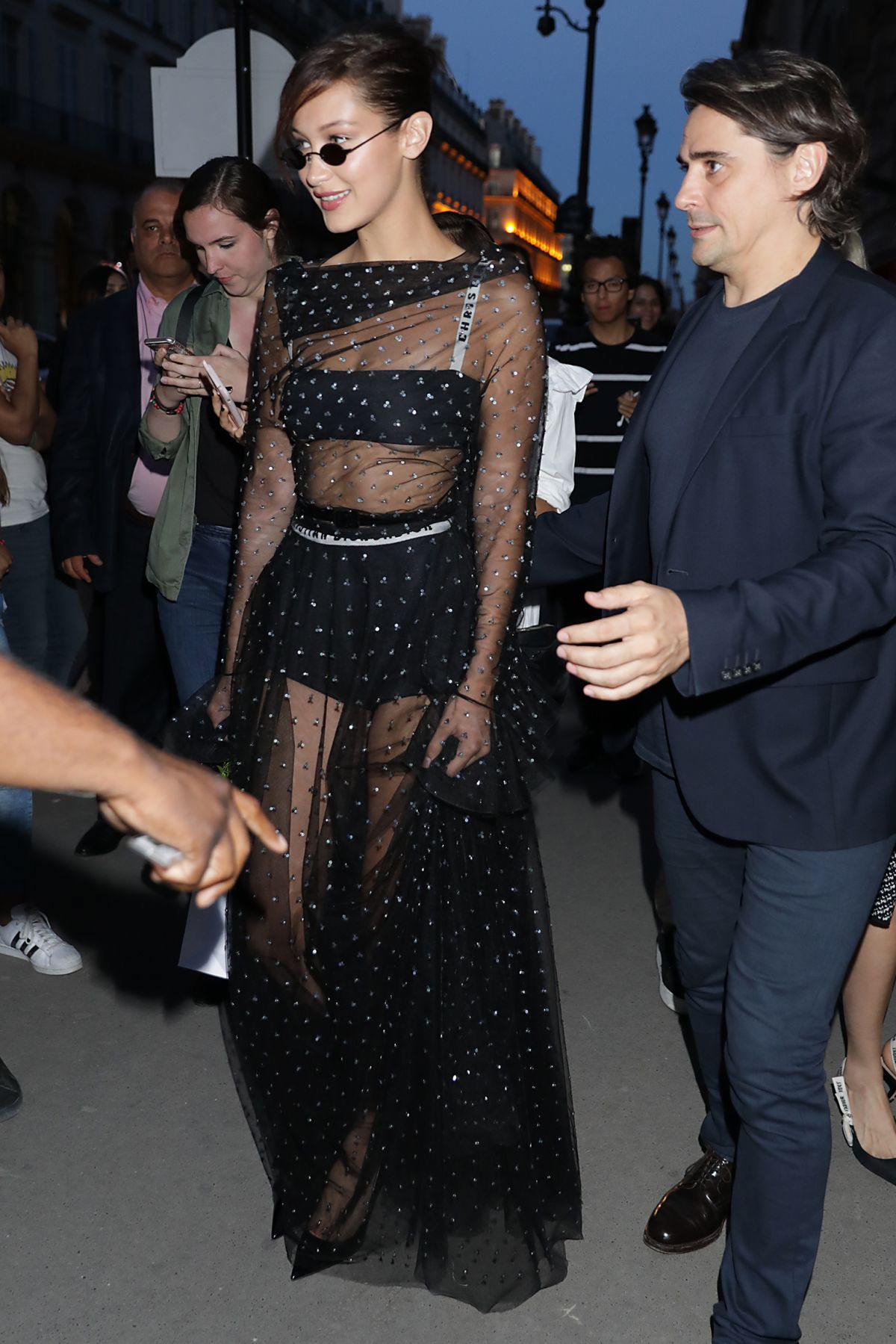 All images courtesy of Vogue