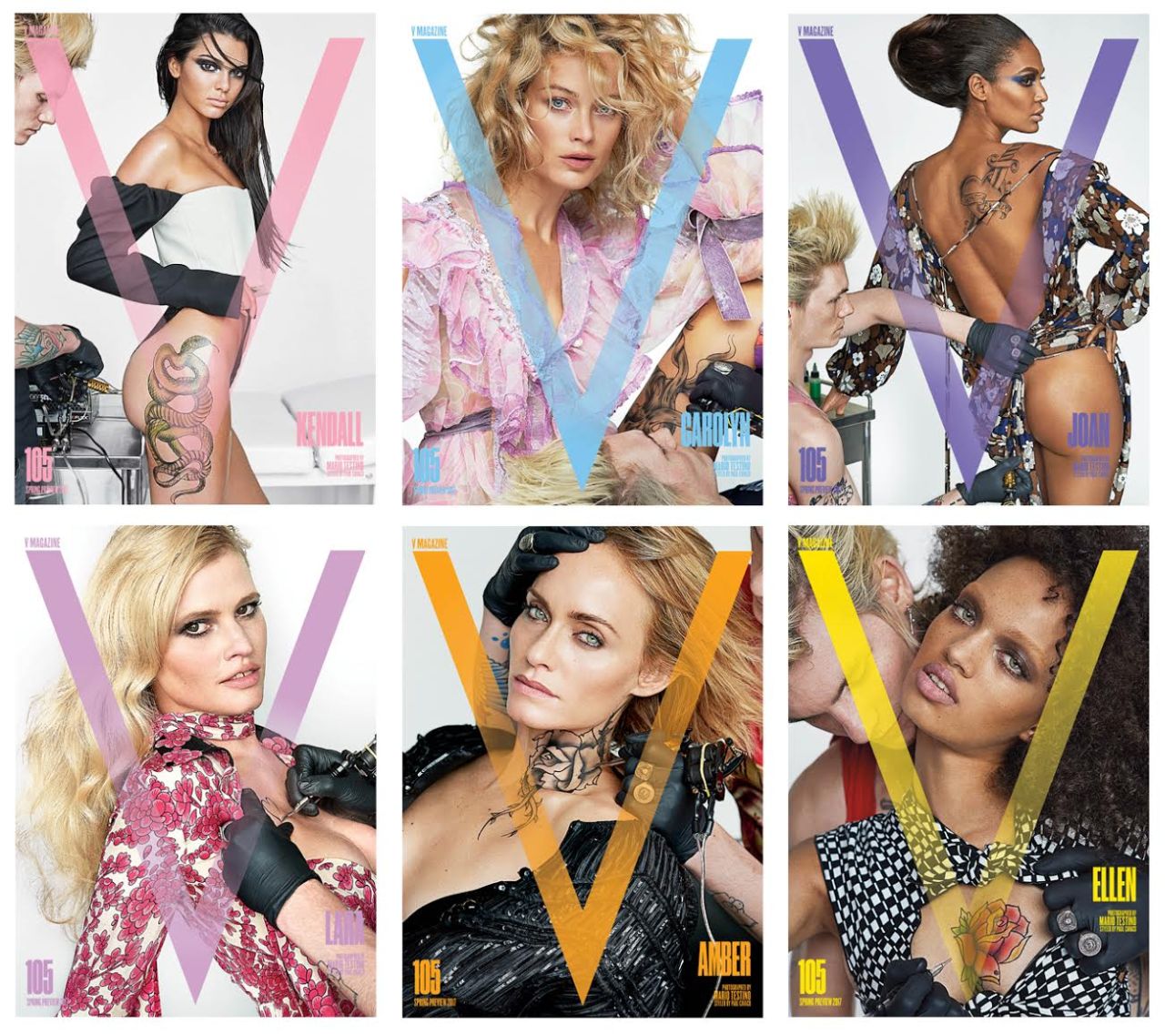 V Magazine has always been known for its provocative covers, and its January 2017 edition is no different. For the cover, it used an array of modelling talent for a series of covers to kick start its run over the next year. On second thought, maybe calling it an “array of modelling talent” is a bit of an understatement; it’s a veritable who’s who of the industry! Kendall Jenner, Carolyn Murphy, Joan Smalls, Lara Stone, Amber Valletta, Ellen Rosa, and Lily Aldridge all feature on the set of covers. As if all that star power wasn’t enough, V Magazine decided to use the talents of one of the world’s most famous fashion photographers, Mario Testino. His résumé is perhaps the only one that can challenge this fleet of supermodels, as it features the likes of Irina Shayk, Kate Moss, Beyonce, Taylor Swift, Lady Gaga and many more.

At this point you’d think that V Magazine had all the elements in place to create iconic covers, but it didn’t stop there. To further add to the allure of the cover, each model received a non-permanent tattoo which was applied during the shoot! Leave it to this group of girls to get an assortment of roses, swords and dragons drawn on them all while still looking decidedly bad ass! To sweeten the deal for its readers, V Magazine shared a video showing each model getting inked up.

We’ve included all the covers below as well as the awesome video!

Stay tuned to World Swimsuit for more model news and much more.