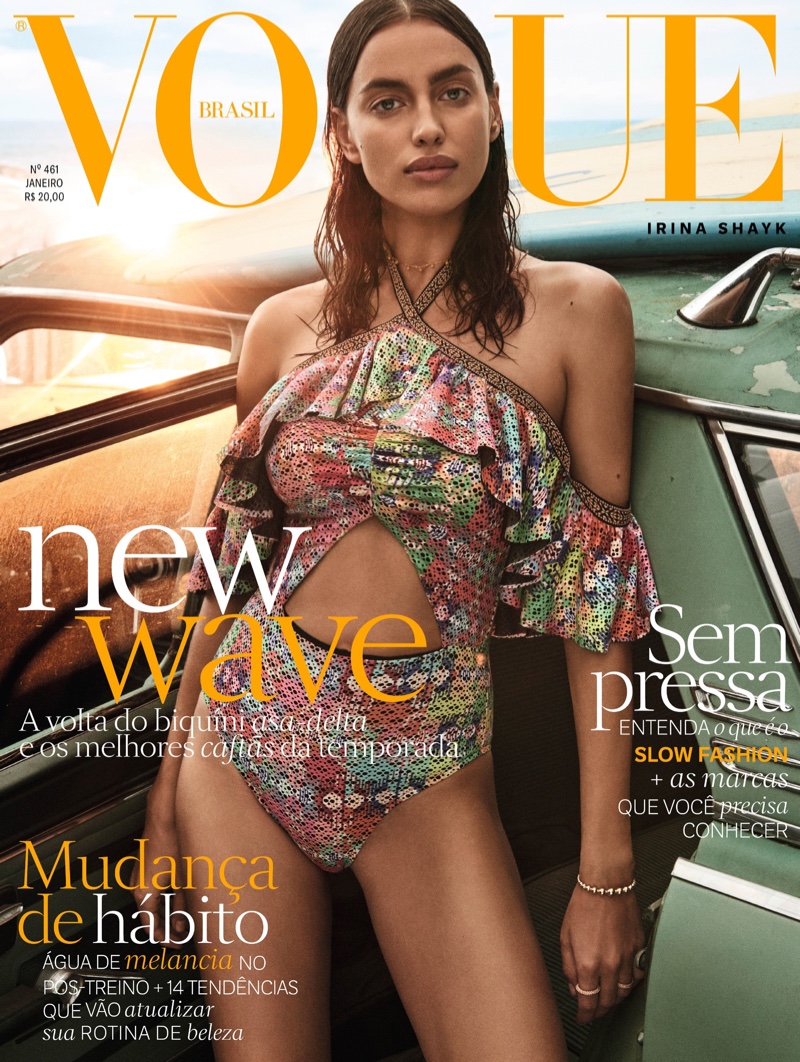 She was recently spotted on the runway for one of fashion’s biggest nights, the Victoria’s Secret Fashion show, and now model Irina Shayk is back with a few new covers. Very few models can claim the cover for Vogue Brazil, nevermind TWO! But that’s exactly what the model has done, gracing two covers for the magazine’s January edition. Yes, that’s right you can catch the Russian beauty on the different covers.

On the first of the covers, Irina sports a multi-coloured Miu Miu jersey with some black underwear. She shows off her super toned abs and long legs showing us everything that made her famous the world over. The second cover captures the model in an exquisite, colourful swimsuit which once again show’s off her killer body and those bold green eyes we fell in love with.

The model recently caught the attention of the rumour mill as whispers started to mention that Irina might be pregnant with her first child with boyfriend Bradley Cooper, whom she’s dated since the start of 2015. While the baby drama was making the rounds, talks of an engagement between the two were also heard but reps for both parties have yet to comment, only fuelling the gossip. We’re sure the two will just be fine whether they’re engaged or even pregnant. Check out both covers below and stay tuned to World Swimsuit for more model news. 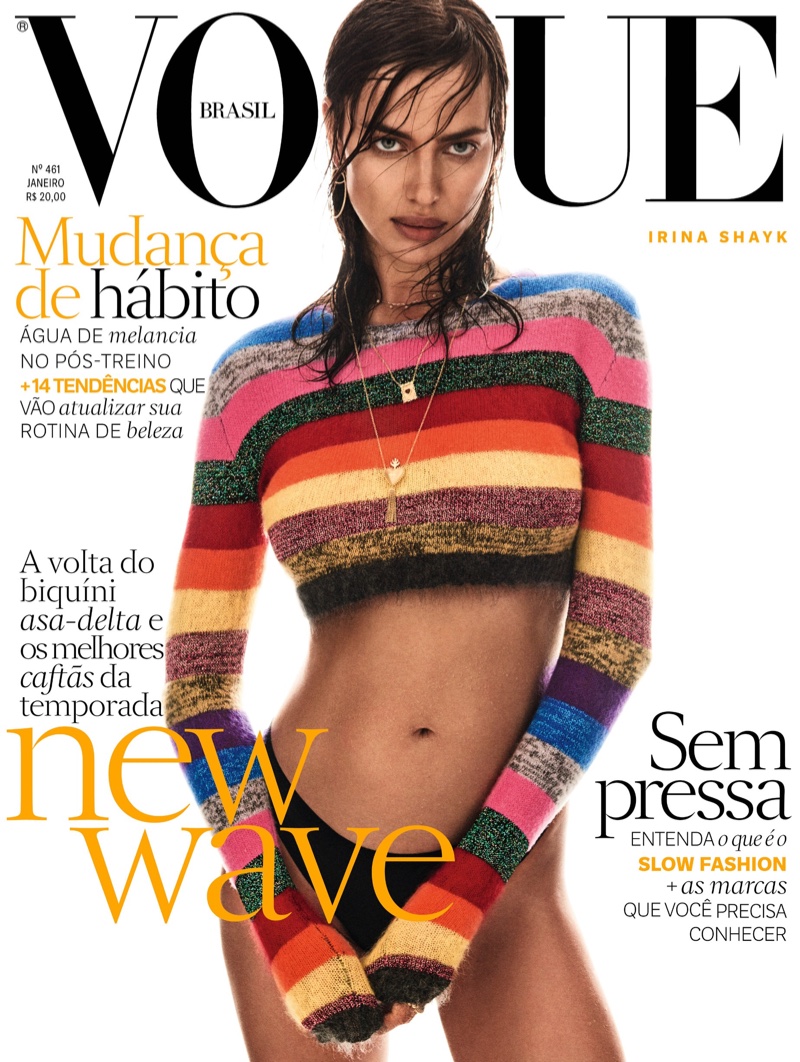