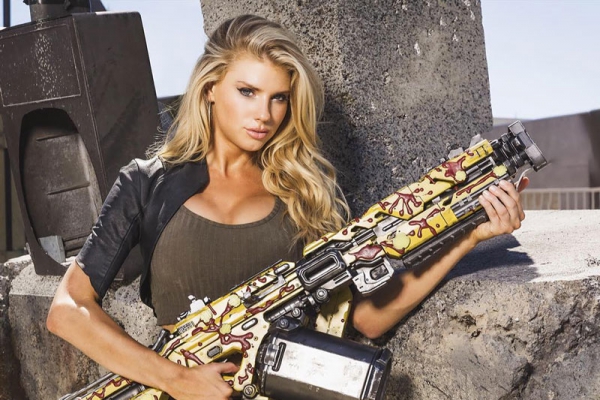 Today’s model news takes a look at the music video for “Body Moves”, DNCE’s latest single. The scenes between front man Joe Jonas and model Charlotte McKinney leaves little to the imagination. A shirtless Joe gets handsy with his love interest, who’s rocking sexy black lingerie, making for some sultry scenes. Black and white shots transition to vibrant colours and back again, setting the tone for the band’s hit song. The song was featured in a video where a host of Victoria’s Secret models including Taylor Hill, Elsa Hosk, Jasmine Tookes, Sara Sampaio, and Josephine Skriver created their own version of the pop track for the lingerie brand.

As the singer and model become increasingly intimate throughout the video, the rest of the band members arrive, and we get to see the entire crew for the first time who also start getting into their own body moves. The up tempo song is well known to fans of the group, and continues the trend set in their video for “Toothbrush” which featured well-known model Ashley Graham. Take a look at the video below and let us know what you think.