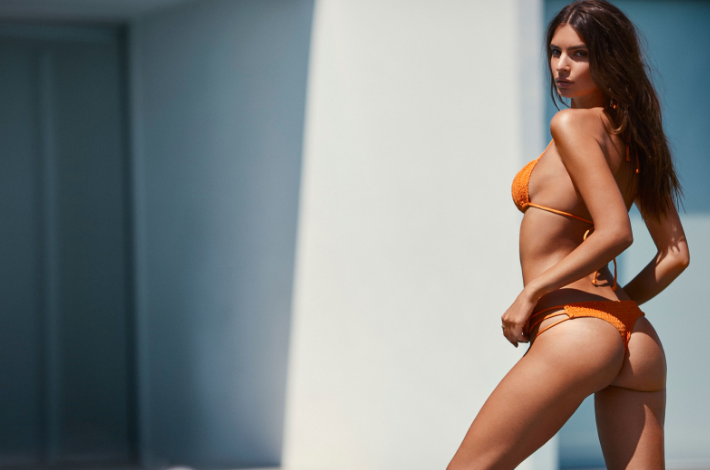 Emily hit headlines recently when she caused a stir and appeared naked on a horse for Harper’s Bazaar. She then tweeted a picture of herself naked with her hair strategically placed. Now the “Blurred Lines” model has announced she’s been signed on as the face of Aussie swim label Amore + Sorvete. The sizzling shoot for the 2016/17 campaign was held in a private home in Beverly Hills. Ratajkowski told InStyle during the photo shoot, “I love a good beach. But there’s something nice about being in a house and having that privacy and chatting with your girlfriends–that’s great.”

Known for using bold colours and unique prints, the label – founded by Bridgette Gale – describes a Amore & Sorvete girls as “someone who has the confidence to wear a stand-out bikini on the beach and feel amazing”. Sounds like Emily! It recently went global and is now available in two Florida boutiques. 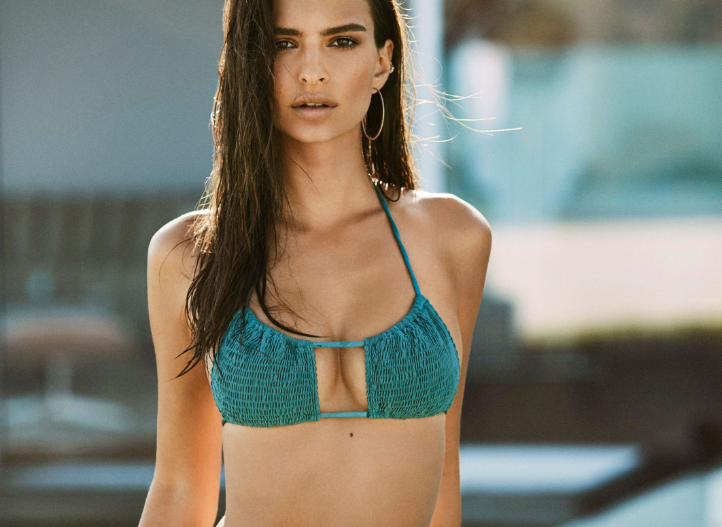