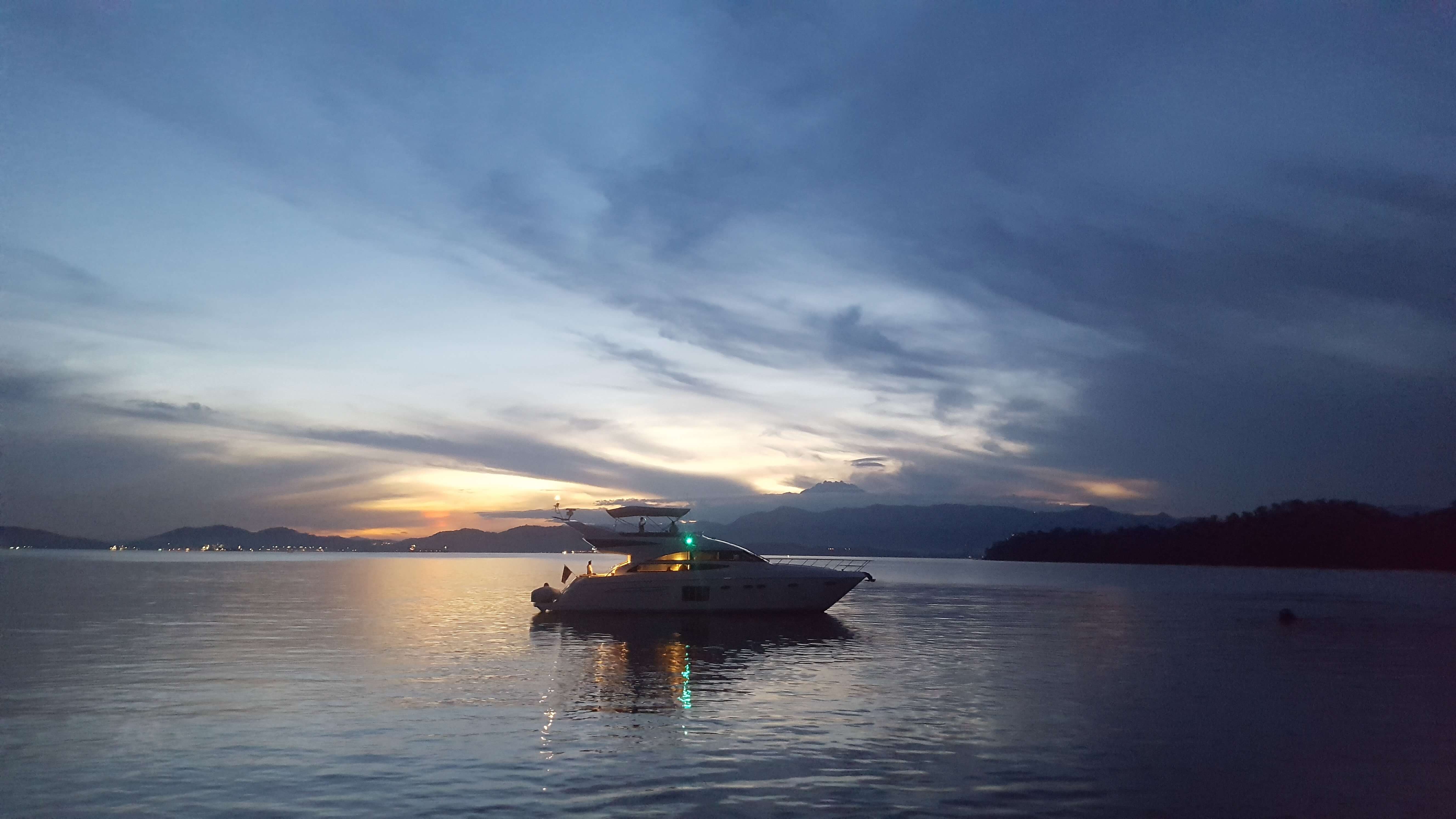 Getting up at 4:30 in the morning is no one’s cup of tea, but when it’s to take out a luxury yacht for the day attitudes quickly change. Such was the case when we had the exclusive use of Lumba-Lumba, Gaya Island Resort’s private, 64-foot motor yacht for the day. 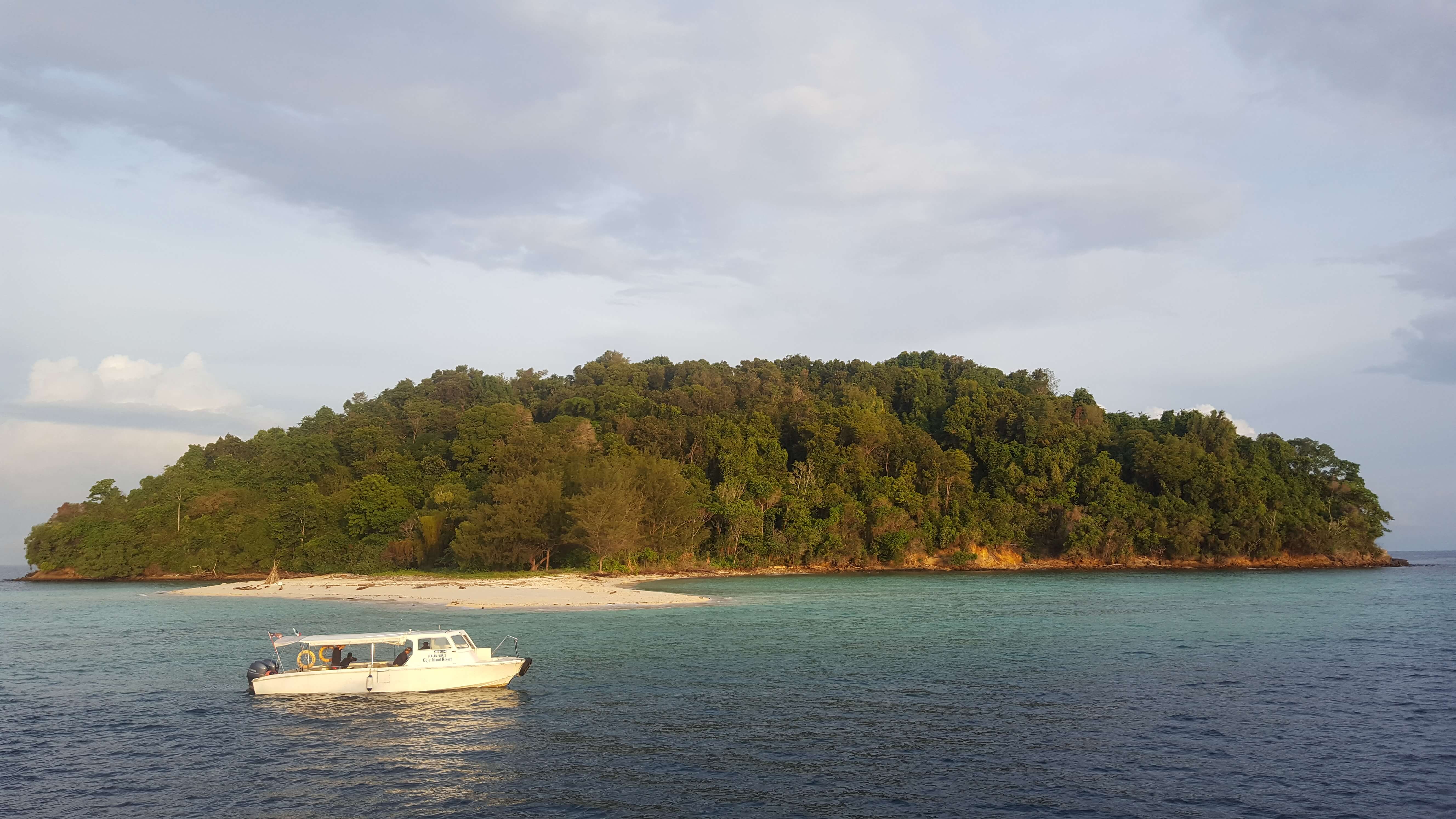 We cast off as the sky was beginning to lighten and motored to nearby Sulug Island. The picturesque island was perfect except for pesky sand-fleas which seemed to love the foreign flavours flowing through our veins. Still, Gavin captured some stunning images of the equally stunning Jessica Strother. 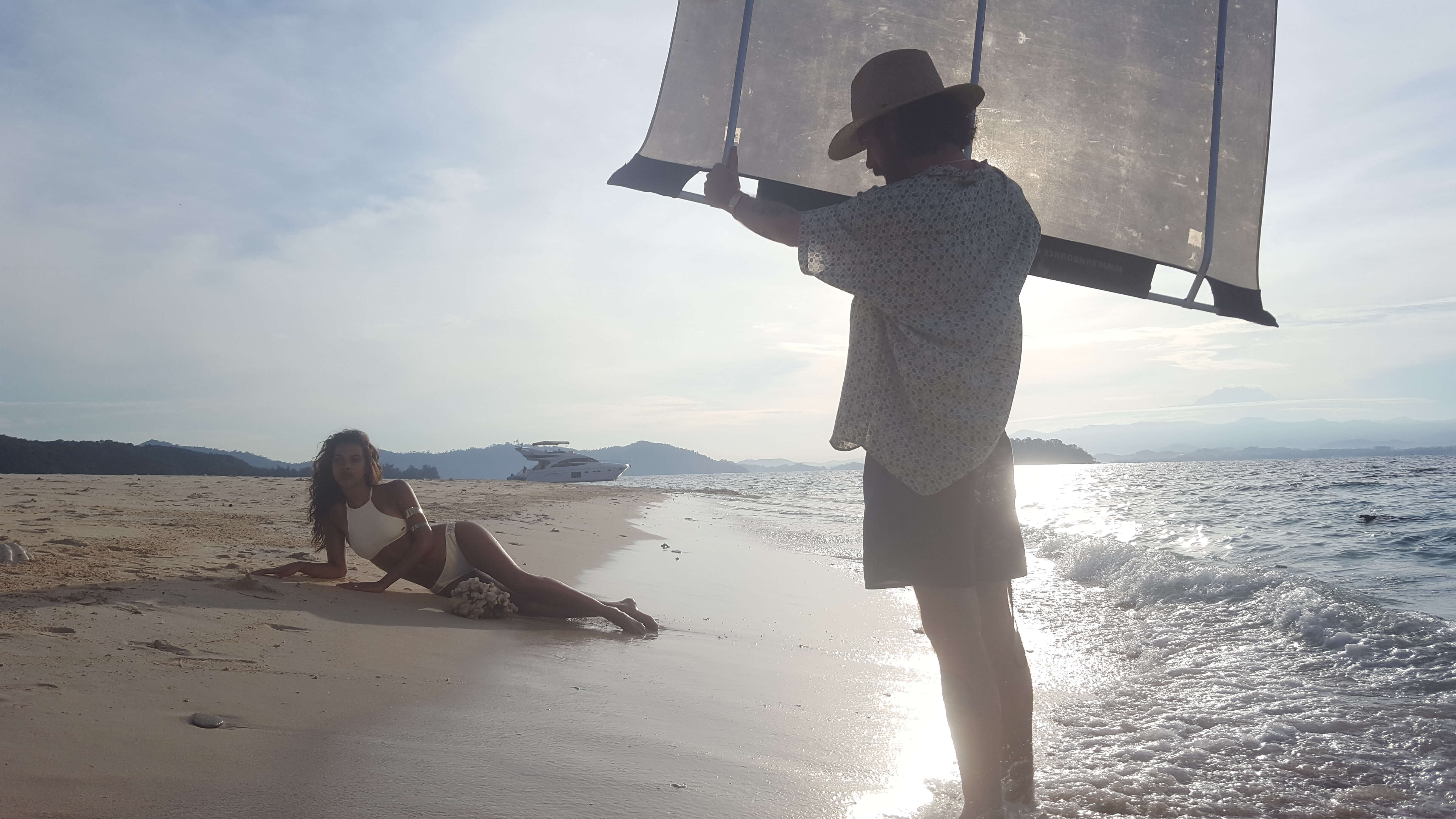 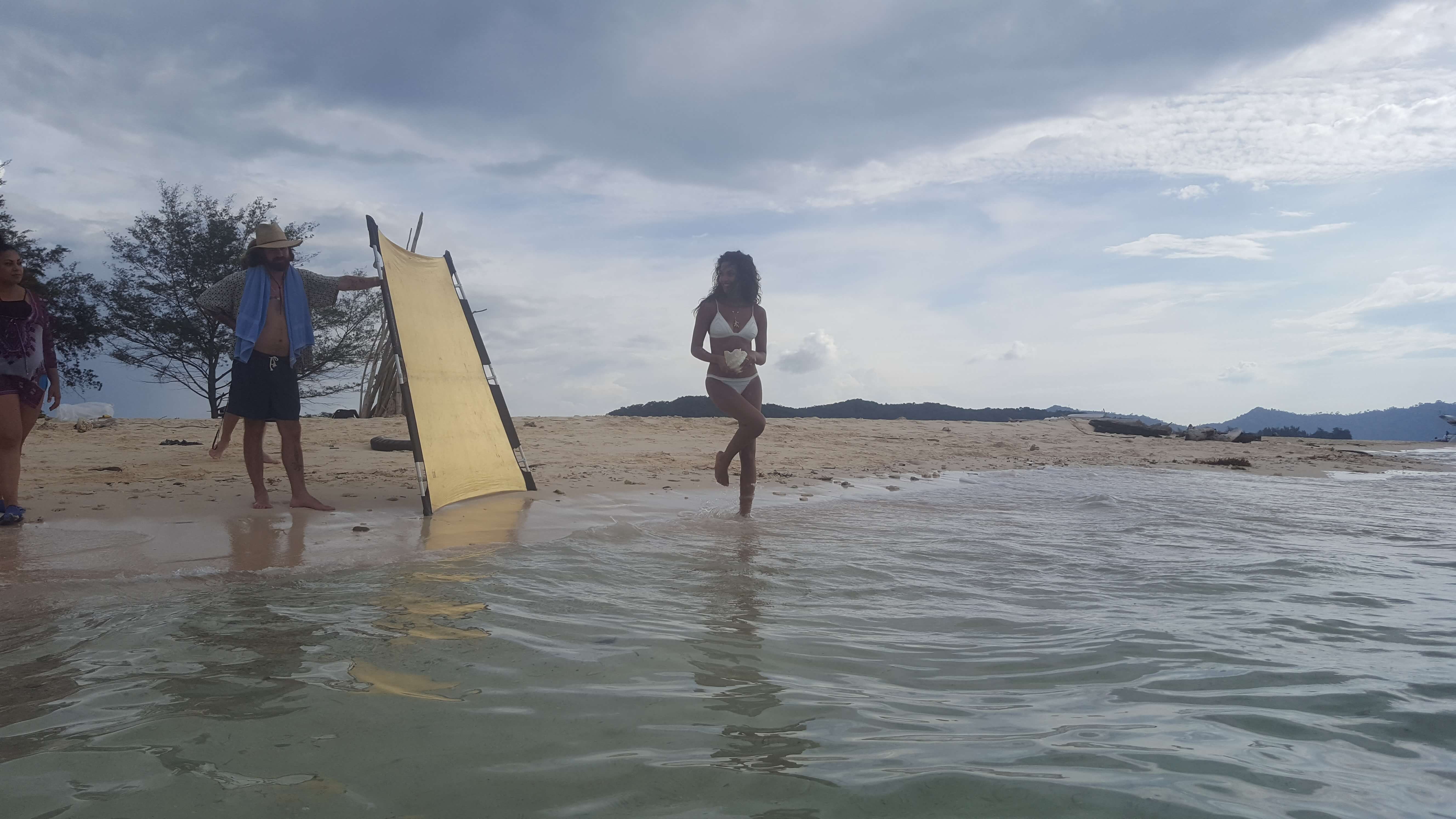 The shoot was going superbly, when dark clouds appeared on the horizon and put an abrupt end to our island adventure. We soon learnt these were early monsoon rains, and the downpour didn’t stop for over two hours. When it did, the team jumped back into work, General P.M.C. (Paul Michael Charles) and Mr Flare (Richard Hughes), shooting Jessica Buchanan and Jessica Strother in quick succession. They then split, P.M.C. joining Ross Hillier a.k.a. Tropical Bro to shoot Jessica S, and Mr Flare hopping back on the yacht to film Xenia Deli while Gavin shot stills. 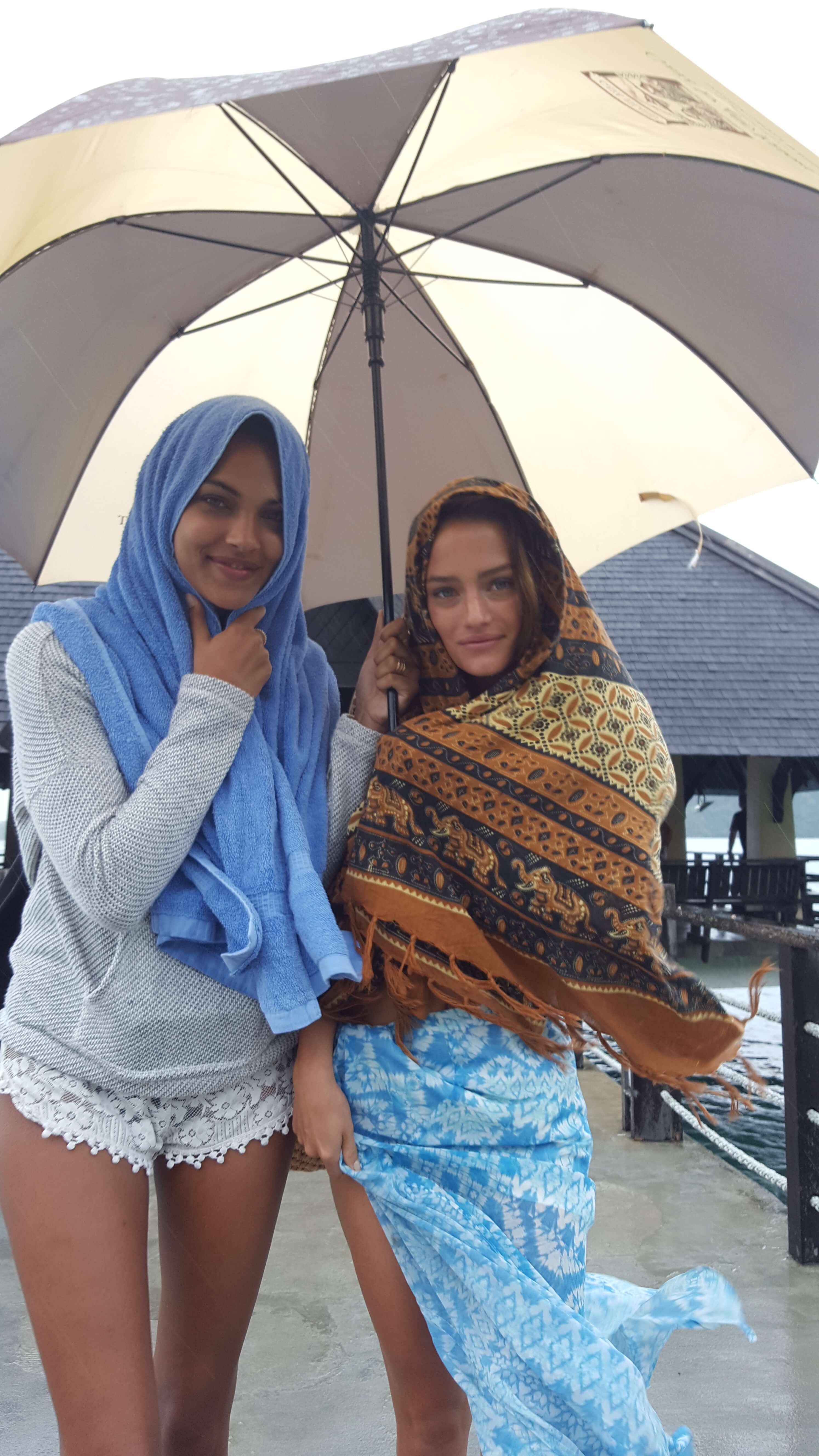 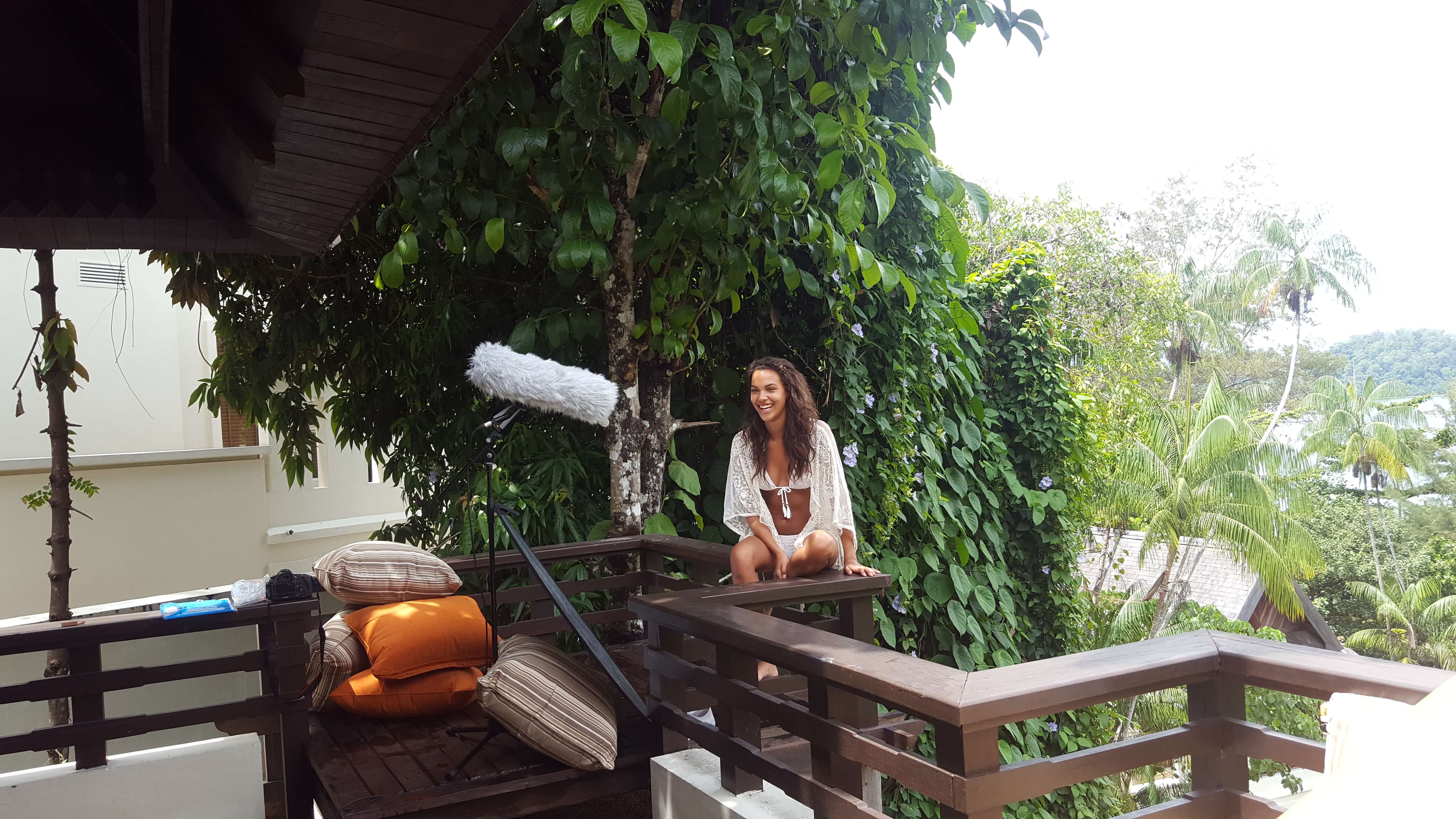 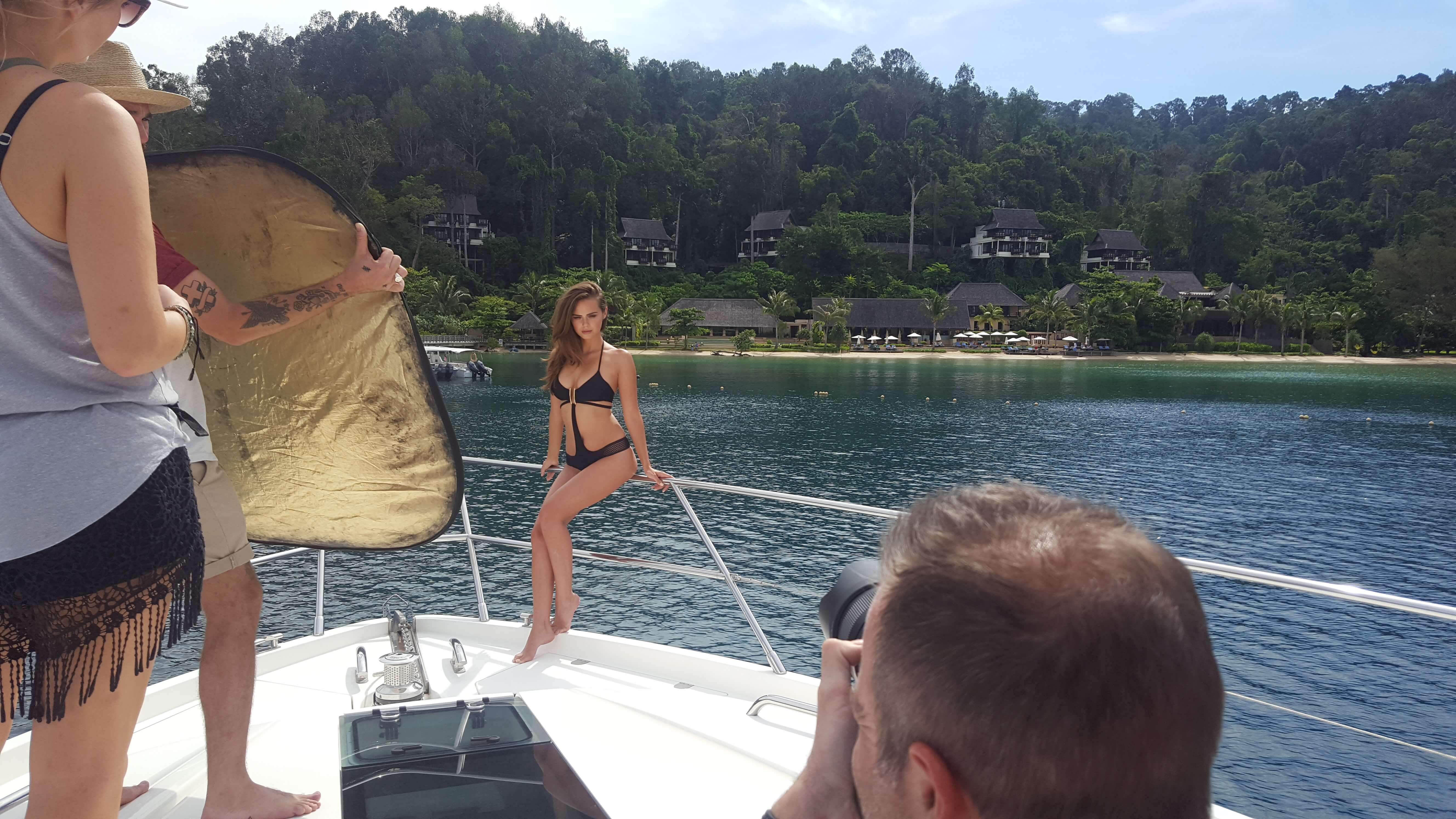 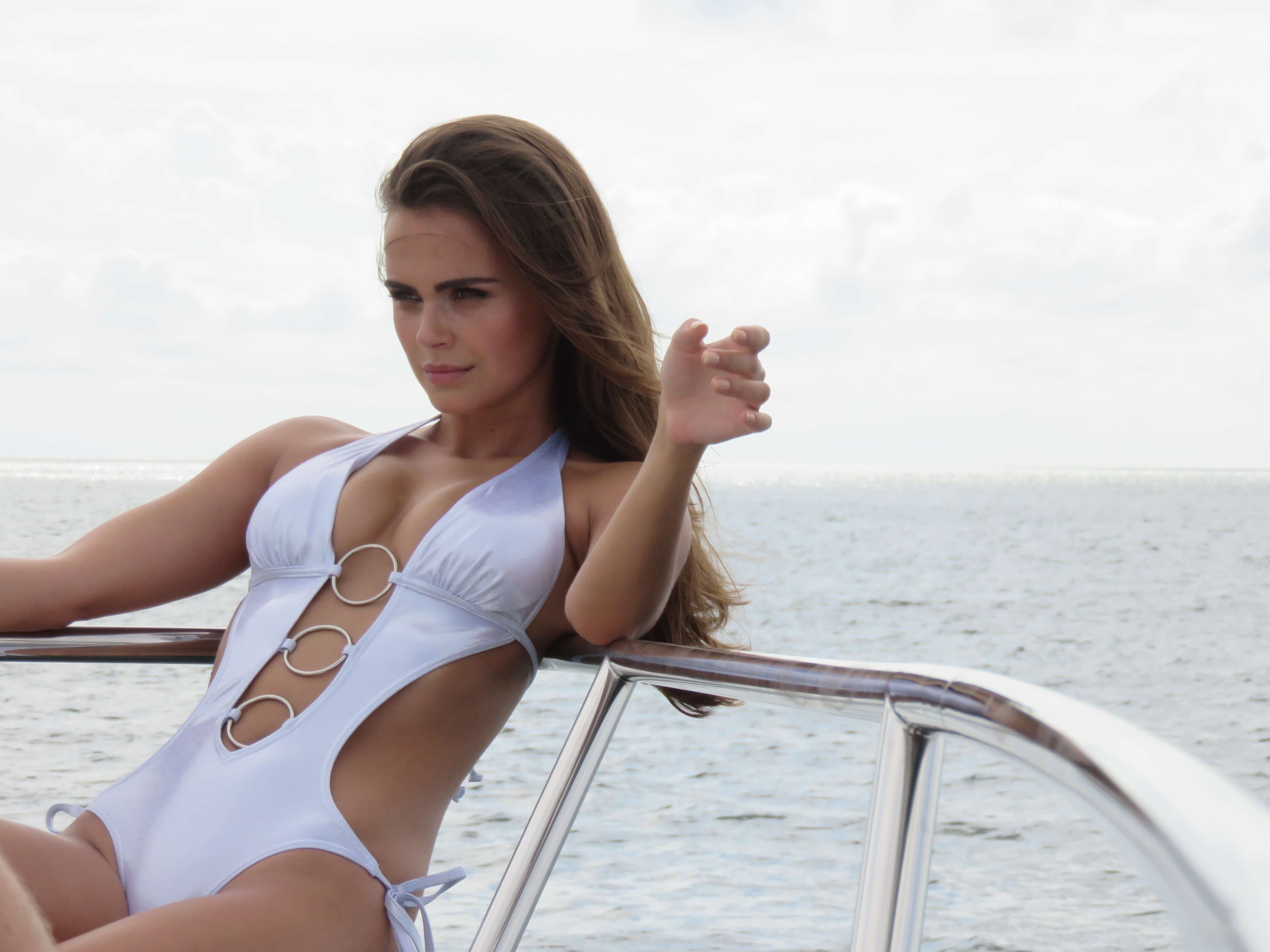 At one point, while shooting Xenia, Gavin needed a step to stand on. When none could be found Mr Flare selflessly offered his own back as a substitute – Richard did a great job. 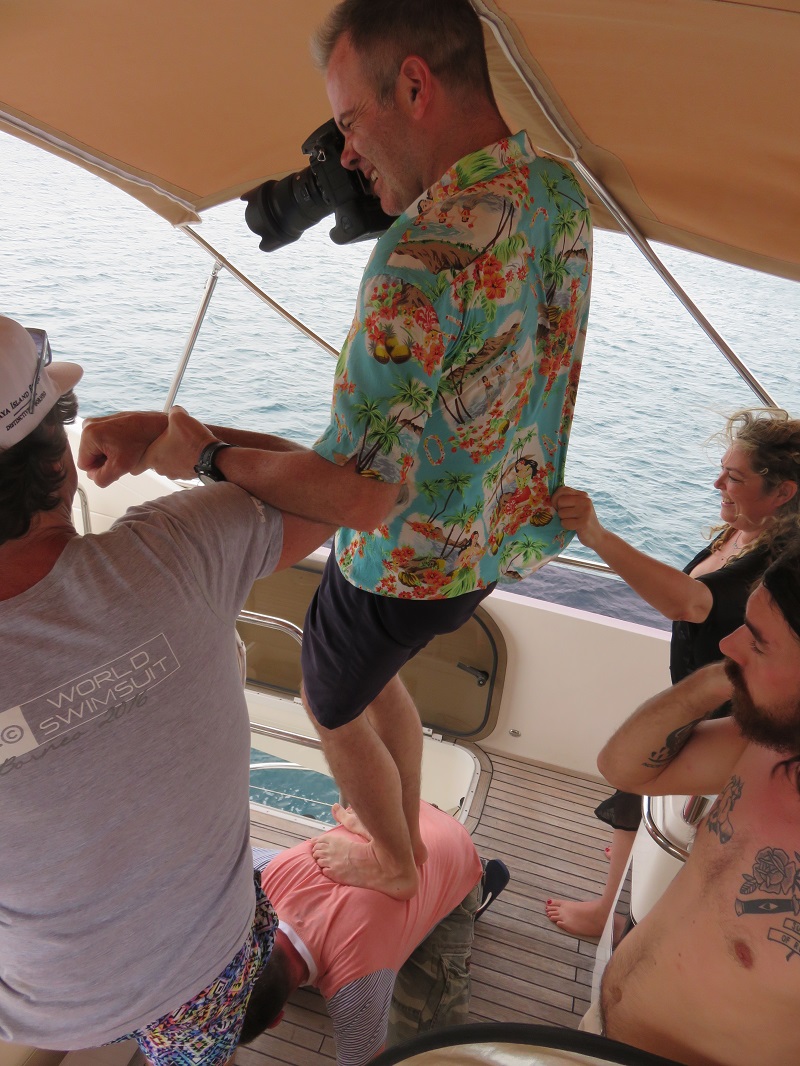 The team did exceptionally well considering the constraints the rain put on them and we’re all hoping tomorrow will be even better!