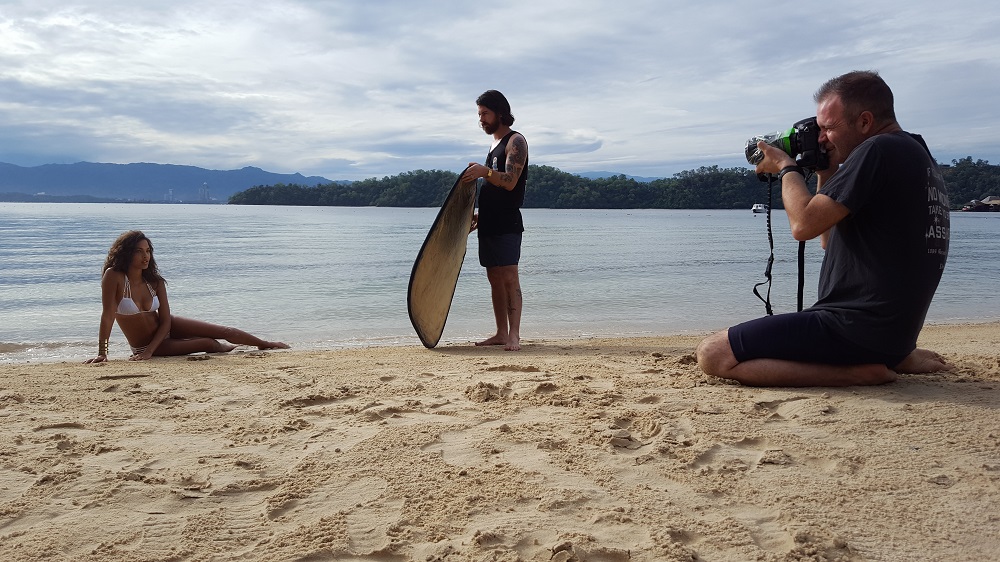 Much like a summer fling, today was short and sweet. Unlike a summer fling, it was not by design. We had planned to start bright and early with the sunrise, but rain prevented that and our schedule was pushed out by an hour. Thankfully, when the rain stopped the sun made a rare appearance and Gavin and the team got some great shots of Jessica Strother on the beach in front of the resort. 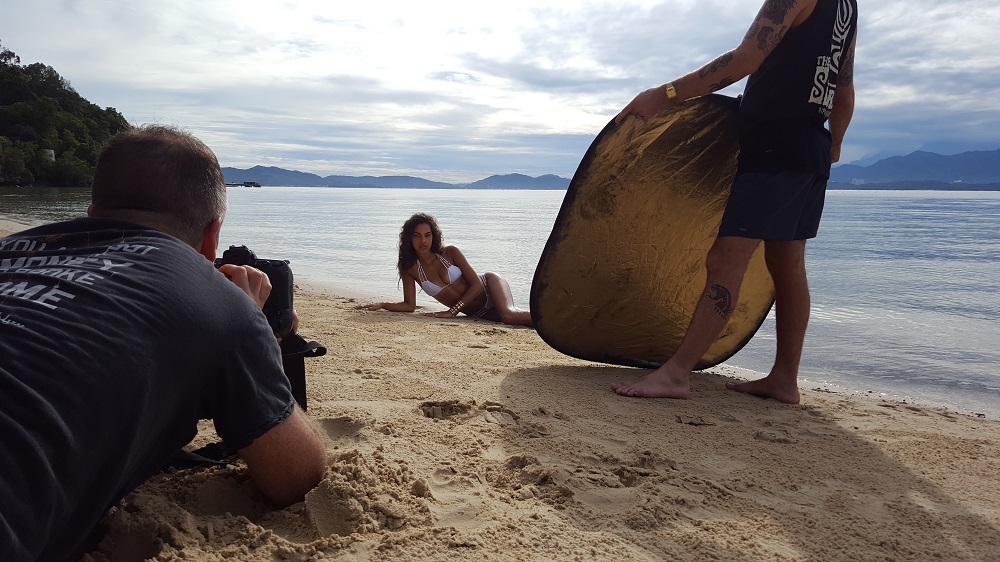 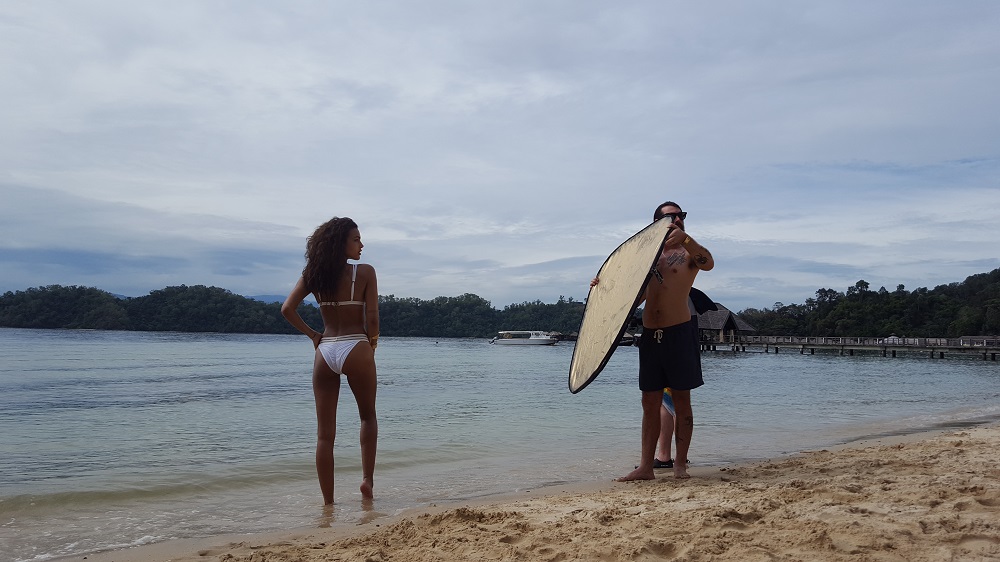 Taking advantage of the sunlight, we grabbed Mia and Jessica to start shooting an exclusive World Swimsuit music video. Set to a classic 90s hip hop track, the girls channelled their inner rap stars and put on an amazing performance. 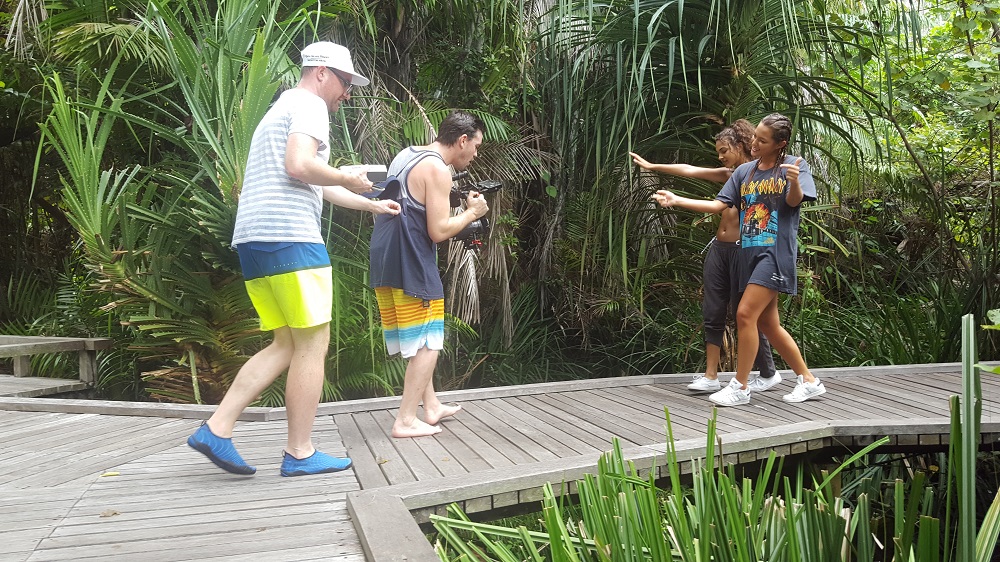 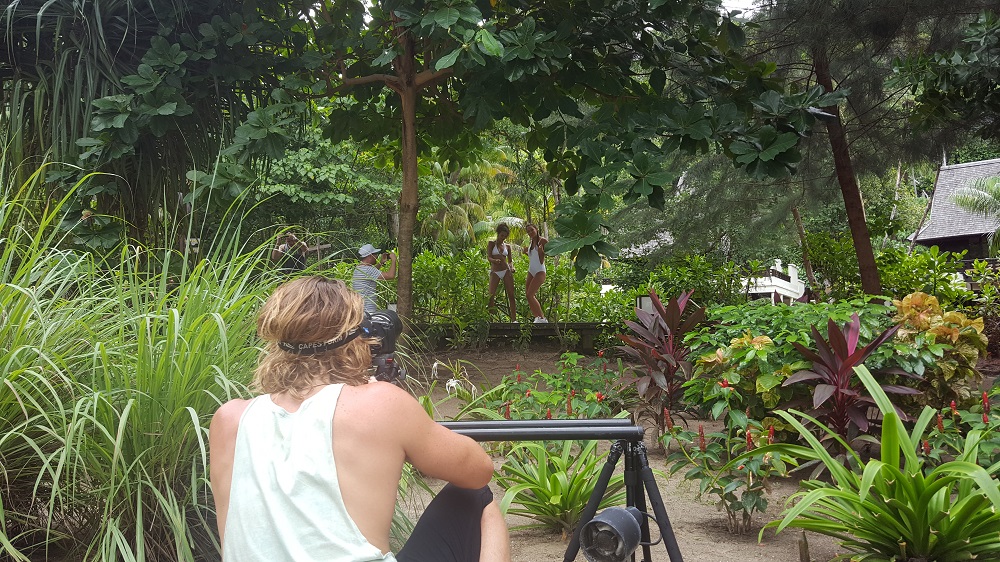 Mia’s effortless lyrical flow stunned the music video team – all hip hop lovers – and Jess’s natural moves could easily land her a spot on Beyoncé’s crew (maybe they both have alternative careers waiting to be pursued). 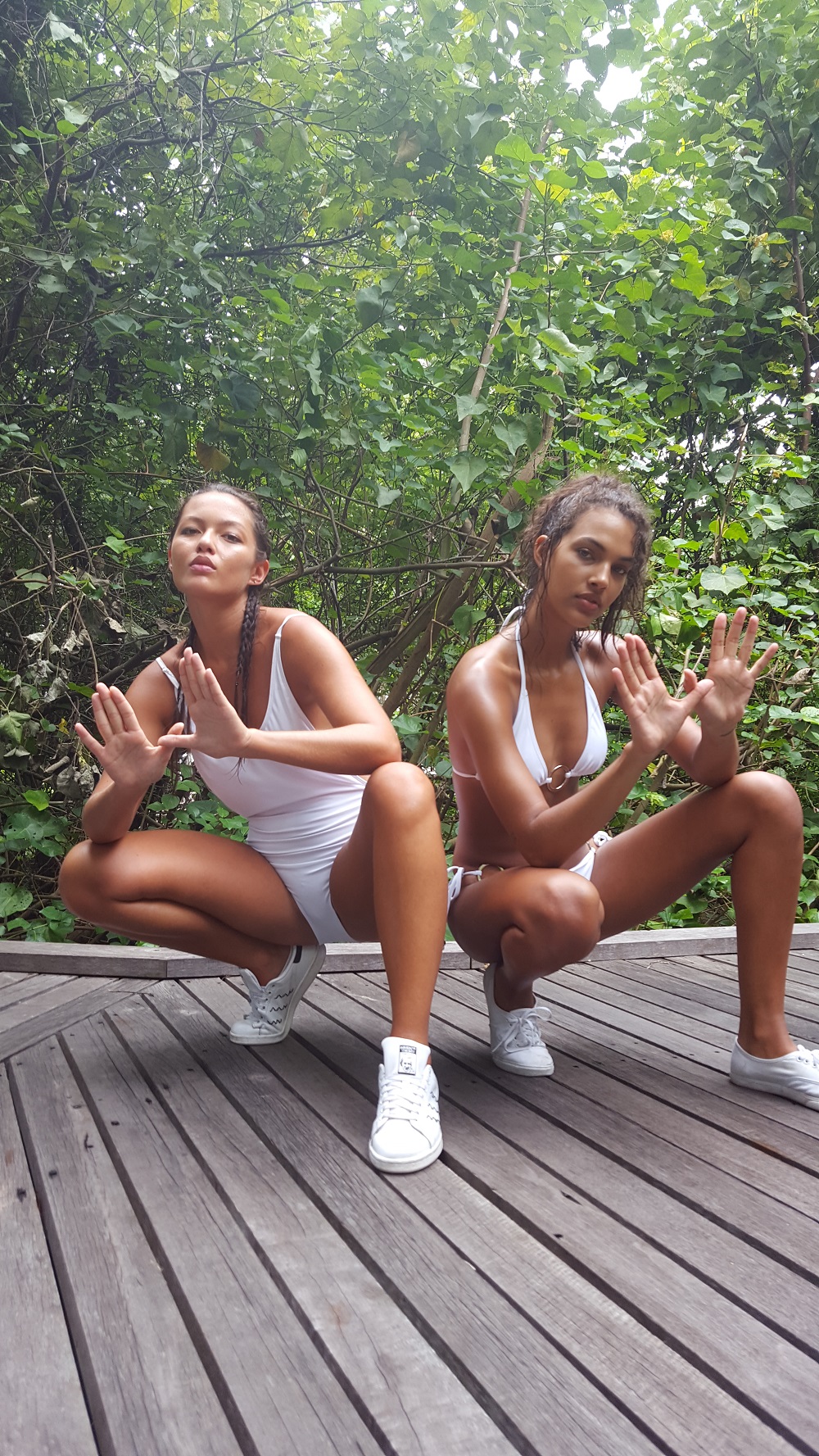 Riding a high from the music video shoot, we were hardly affected by the rain that followed. However, it did derail our plans as we were all set to head off to Kampong Gaya water village to continue Jessica Buchanan’s shoot. We did manage to find a few rainless moments and did some social media stuff with bubbly Jess B.

Meanwhile, our fearless producer Genevieve Baretta a.k.a. G-thrilla, and Mia visited Justin (the resident naturalist) to see an owl he had saved. The owl, One-eye, had lost the use of one eye and Justin was nurturing it back to health. 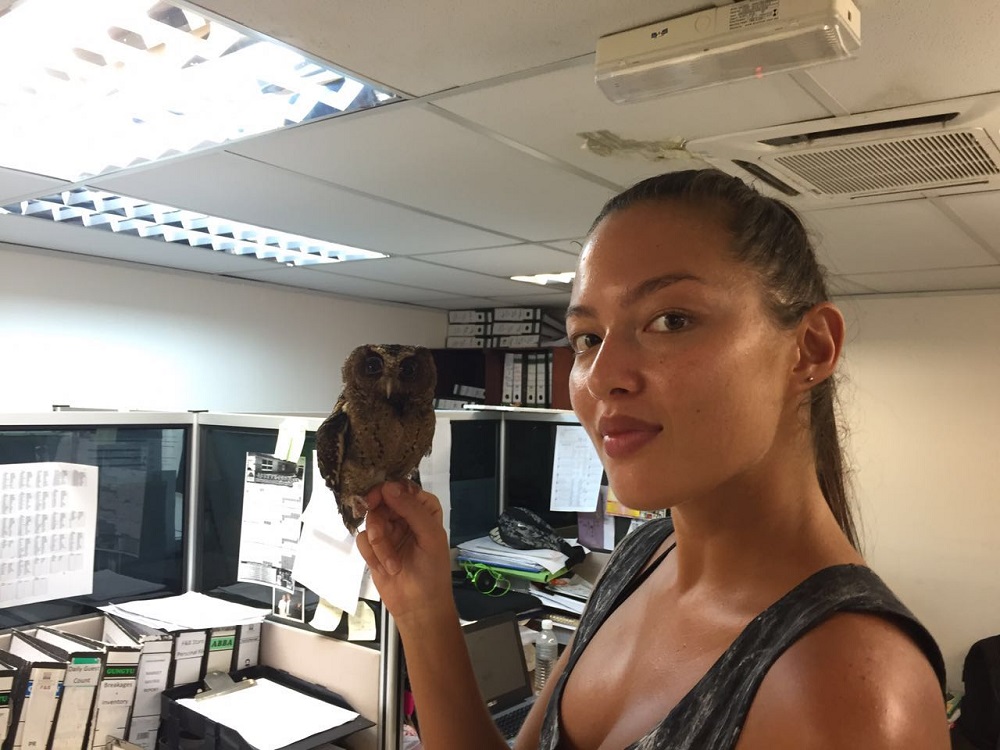 The day ended on a bittersweet note: Mia’s departure. A few of us gathered to have some farewell drinks and then walked her down to the jetty where her boat awaited. Even though it had only been four days, she had become part of the team and will be dearly missed.