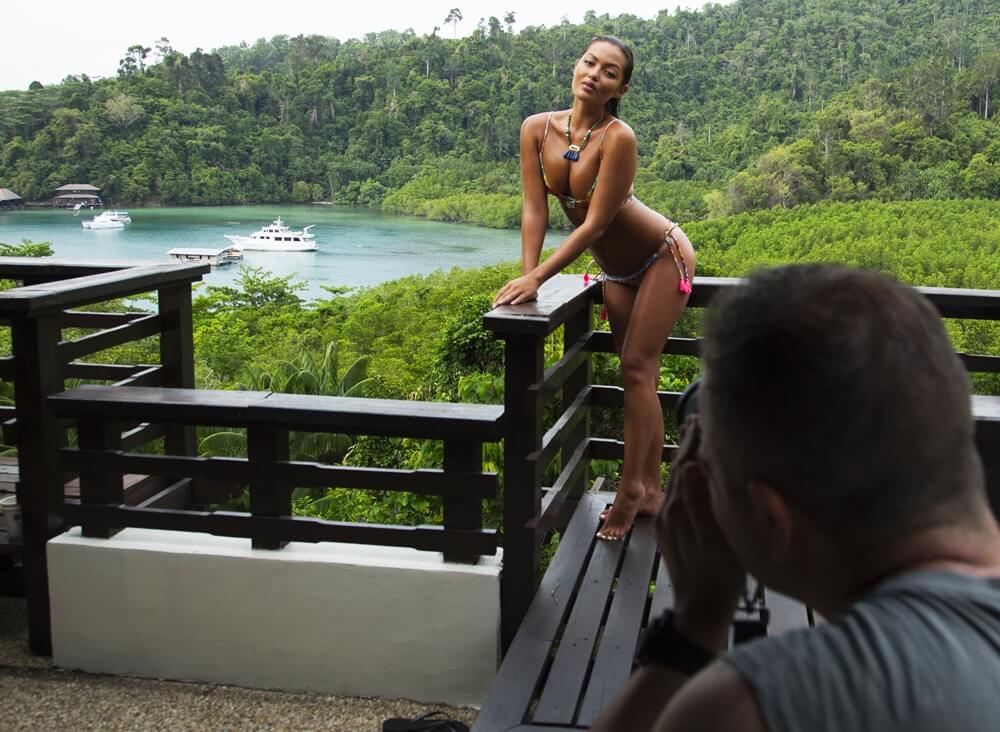 Clouds are tricky things. Sometimes they make for beautiful, dramatic backdrops in all their fluffy, puffy glory. Other times they stretch to the horizon like an enormous greyish white blanket, offering little more that flat, white light. Today we had the latter – for the fourth day in a row.

When we arrived for breakfast at 6:45am there was not another guest in sight, but there was food and coffee, wonderful coffee. Fed and fueled, we were ready to get Mia’s final day of shooting done. We had two locations we had to hit for her magazine shots and another two for social media stuff and some video, so we had no time for messing around. 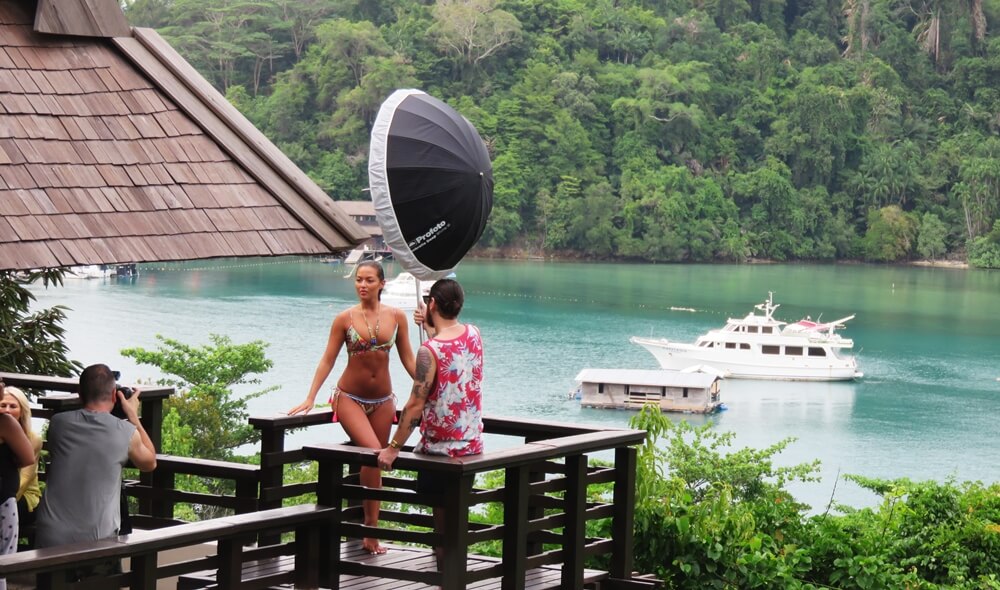 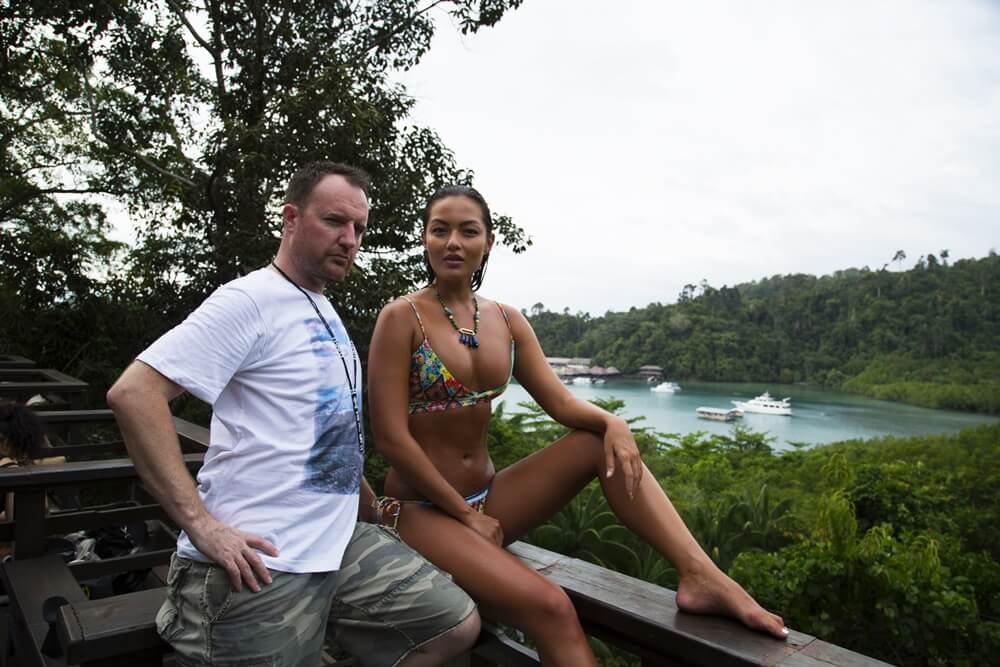 Following the balcony shots with Gavin Bond we were ready to set off the resort’s mangroves when we were hit by a sudden tropical downpour. The rain halted production for about two hours, and a bunch of us used the time to indulge in a tasty second breakfast – it’s the most important meal of the day, so more is better, right? Bellies full, it was time to get mangroovy! Mia hopped on a boat with the photo and video teams and the rest of us grabbed kayaks to paddle out. 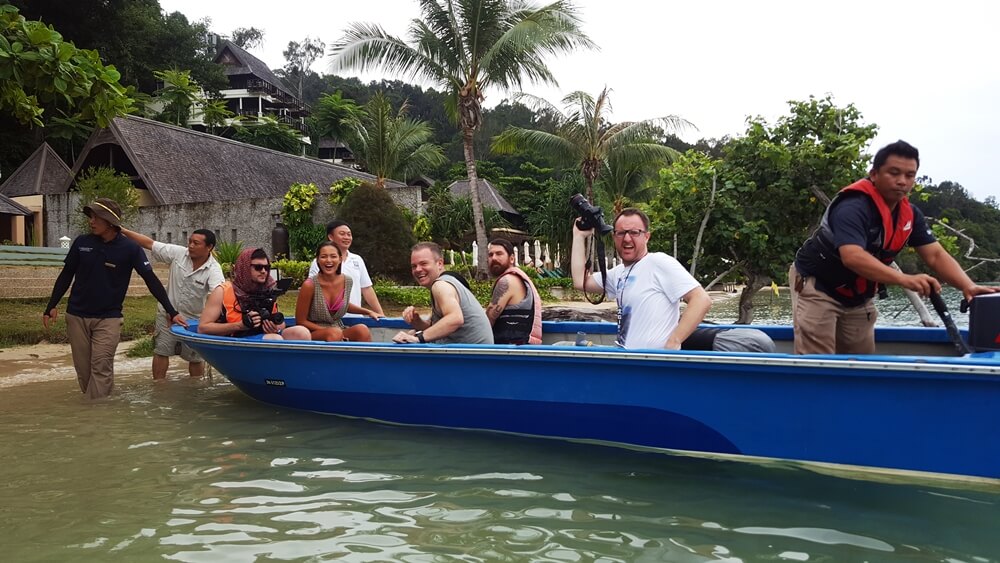 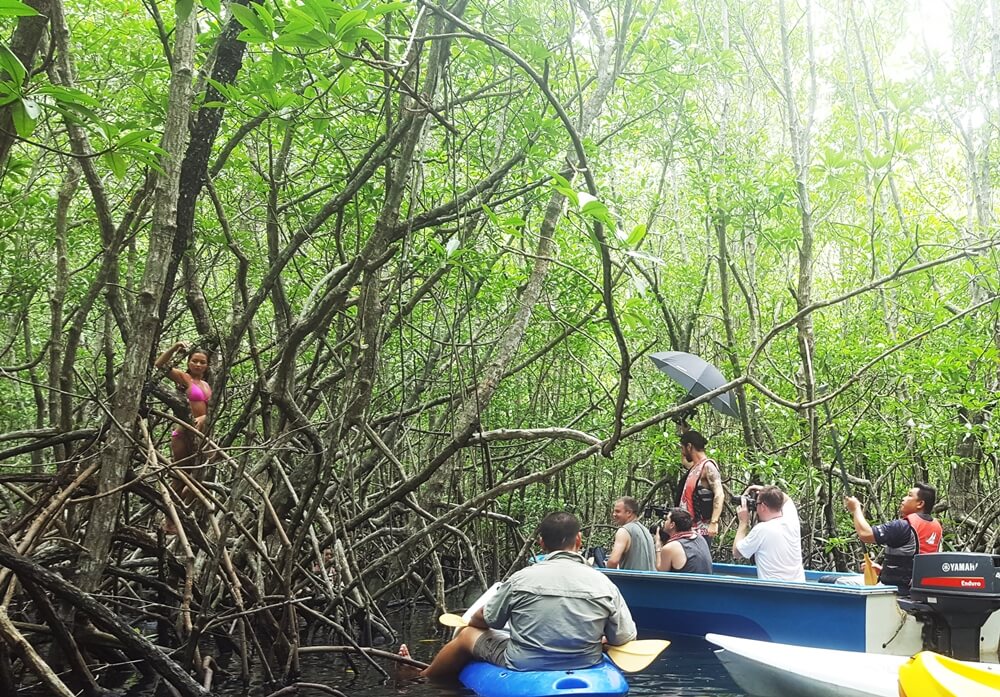 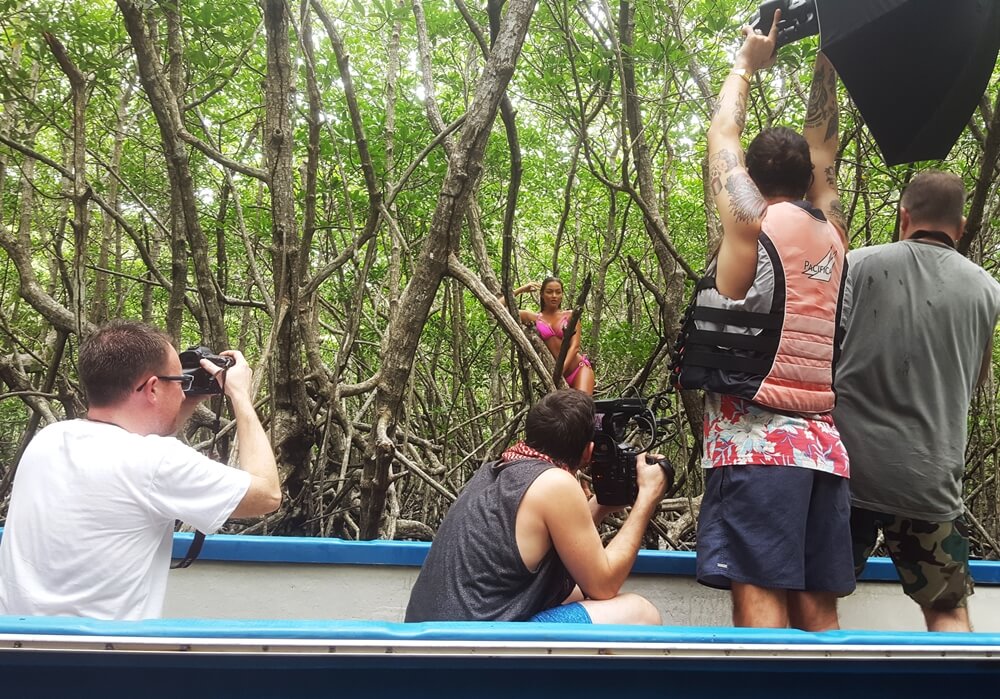 Mia, queen of the jungle, was awesome. Up for just about anything, she clambered on mangrove roots and climbed up branches, and didn’t lose her smile once.

Two-this of the video team, Richard Flare Hughes a.k.a. RFH and Paul Michael Charles a.k.a. PMC, interviewed Mia on the resort’s jetty before we all headed off for the day’s final location – Tavajun Bay – where we were filming a special fight scene. Jessica Strother also joined us for some hero shots and social media stuff. 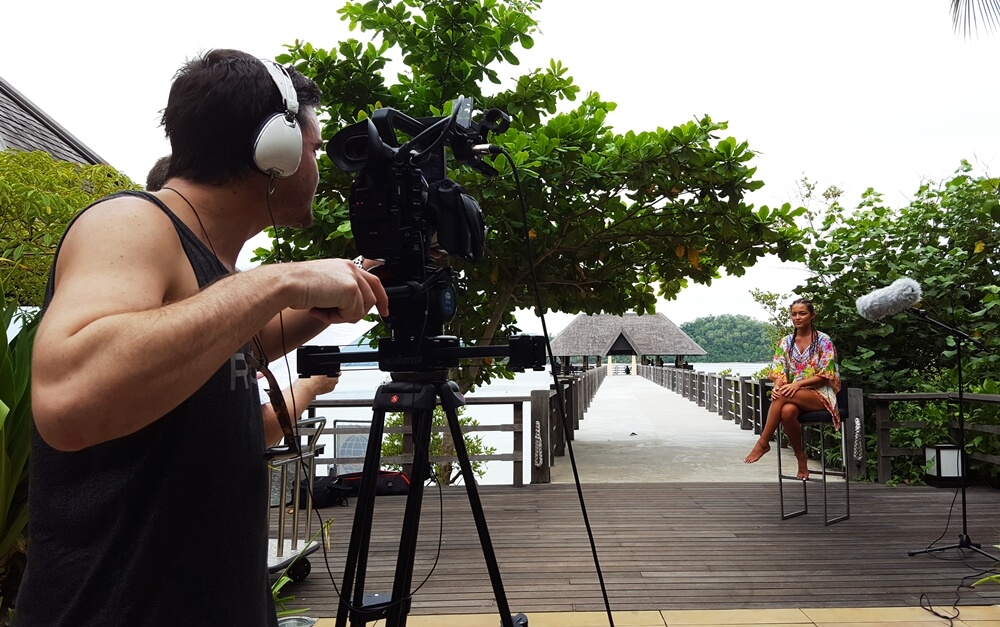 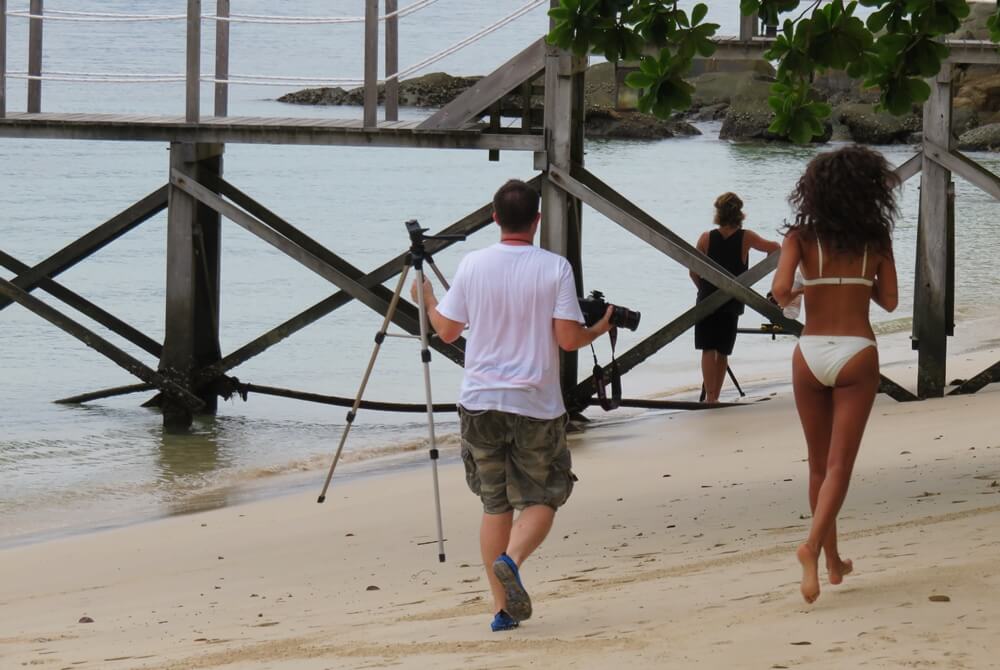 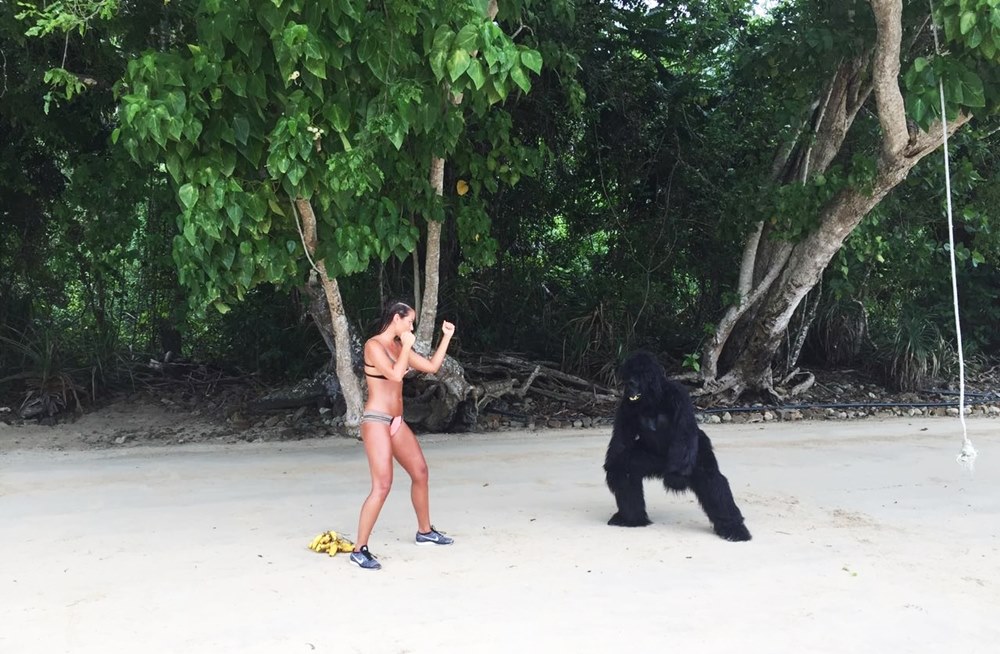 Before we knew it, the day had flown by and the team had been at it for almost 12 hours straight! It was a great day of shooting and the entire team was amazing, never showing even a hint of fatigue. 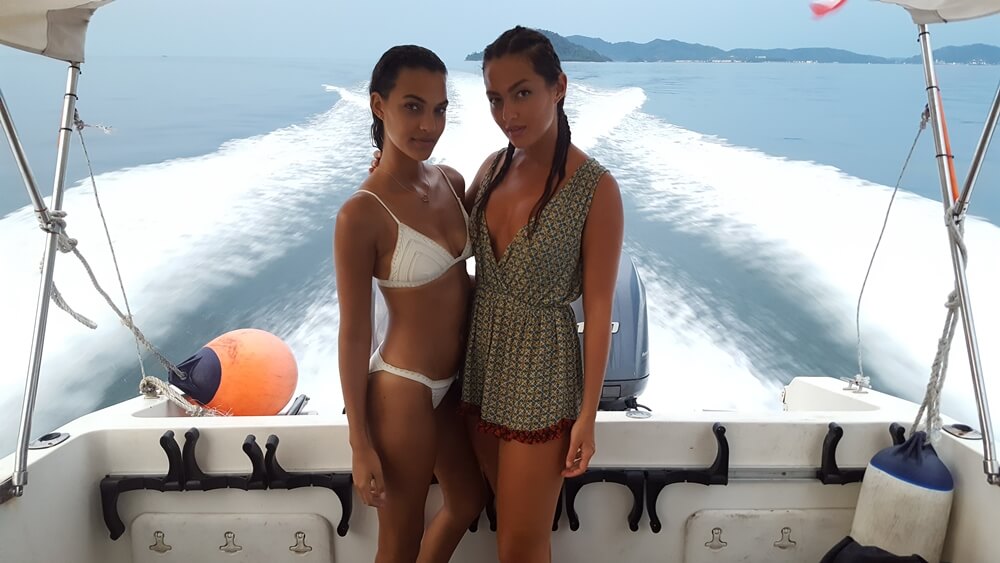