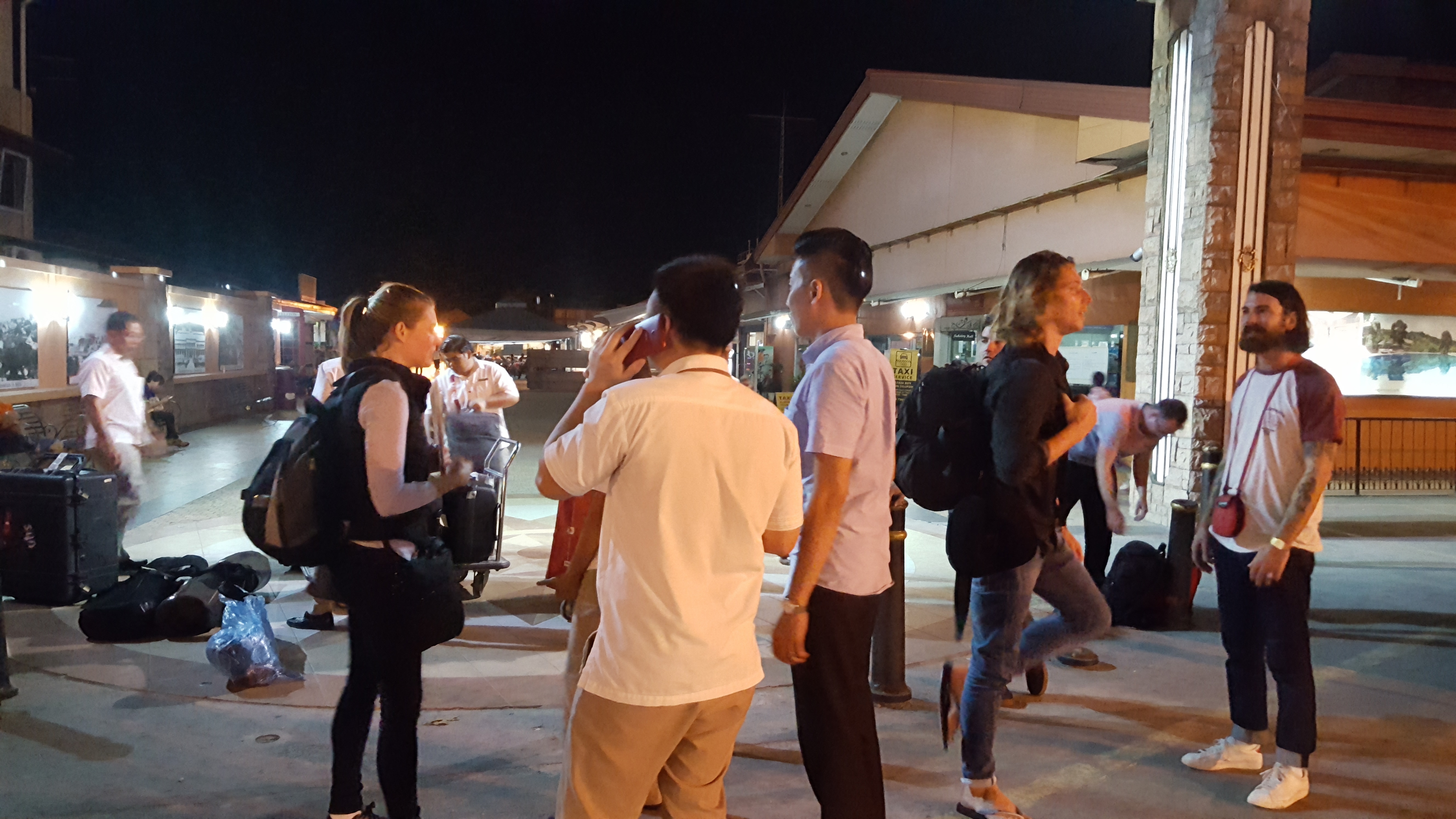 Friday morning, on an otherwise unremarkable gloomy winter’s day, World Swimsuit Borneo 2016 kicked off. 14 of us, including one model, met in the departures hall of Cape Town International Airport. The anticipation was palpable as old friends reconnected, new colleagues were introduced, and travel details were confirmed. Soon though, the full team was there and we all checked-in and boarded together, preparing for our long-haul journey: 3 flights (almost 15000km) a bus ride and a boat trip lay ahead.

Almost 30 hours later, just shy of ten o’clock, we arrived at our final destination, Gaya Island Resort. The sight of it, even by night, was magnificent and gave everyone a much needed jolt of energy. After a very warm welcome we had a quick but delicious dinner, and confirmed plans for the following day: up at 6am to go out on a full recce. 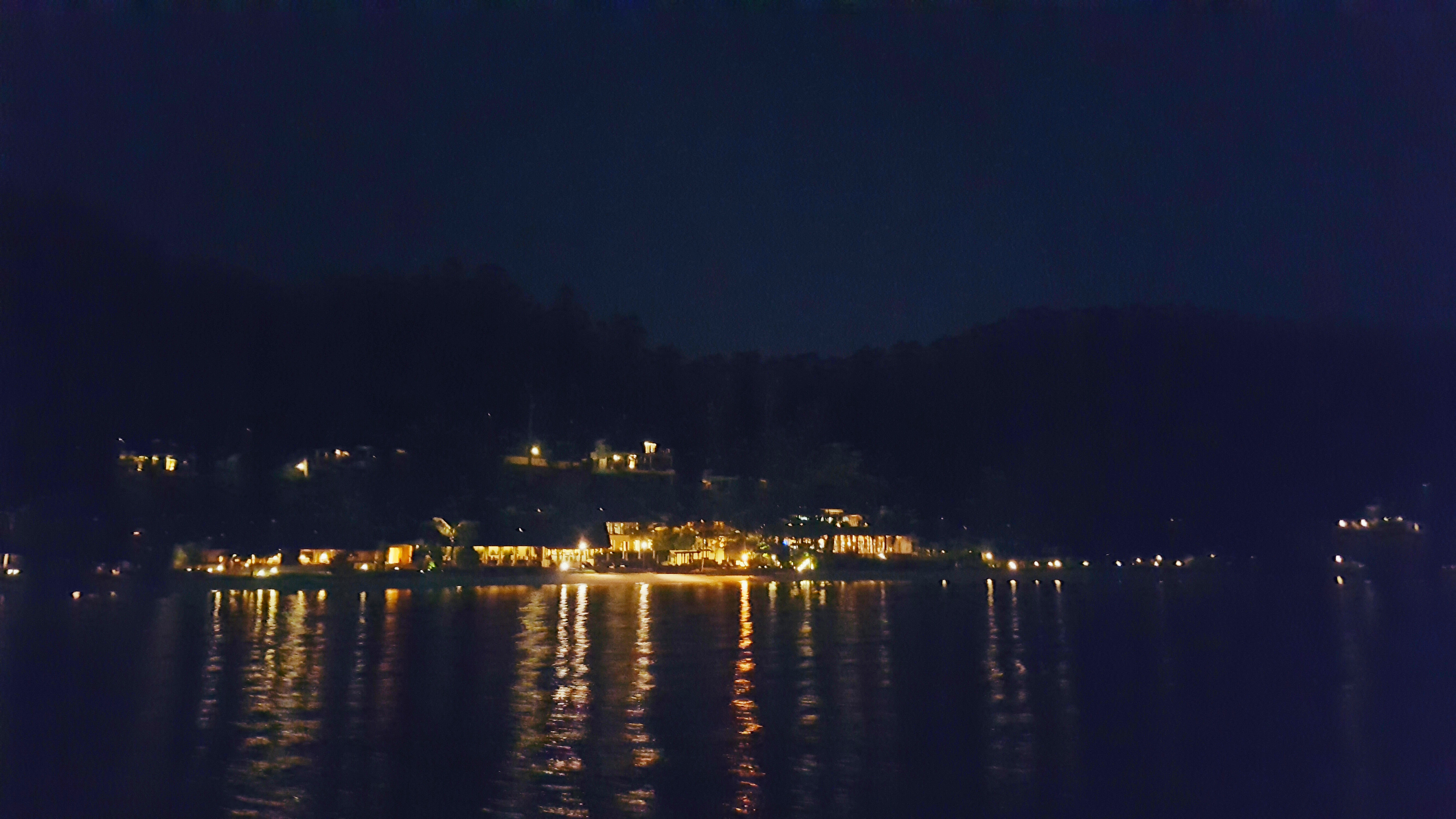 We met on the beach in front of Gaya Island Resort and, even after all the travel and not much sleep, the team was ready and rearing to head off. 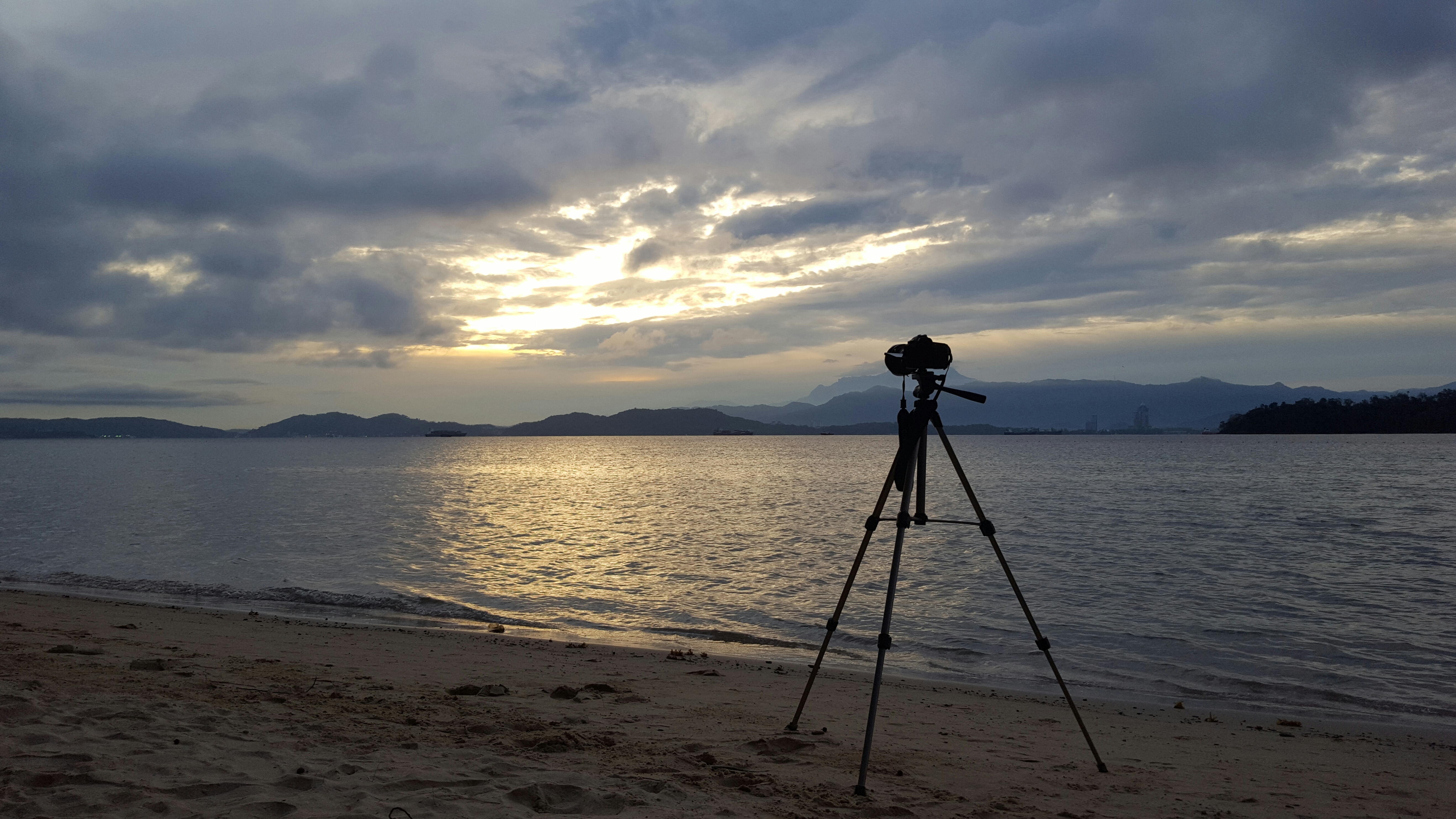 Our first stop was Tavajun Bay, Gaya Island Resort’s exclusive private beach. We arrived a little after sunrise and the crew fanned out to scout the location. 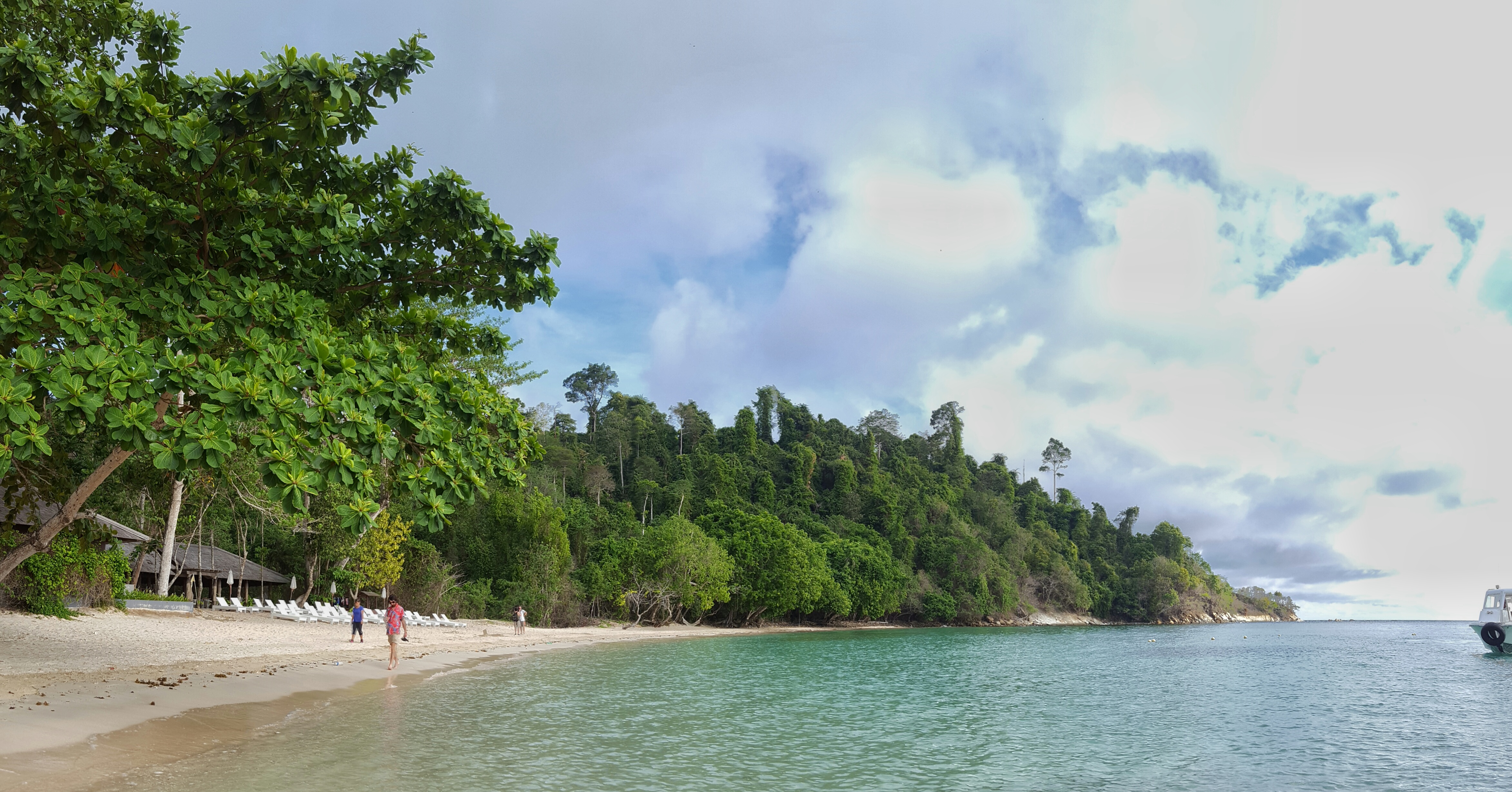 As we headed back, in the beautiful early morning light, Gaya Island Resort showed us all the beauty we had missed the previous night due to our last arrival. Nestled into the side of modest hill, the resort is surrounded by lush greenery and set right on the beach. 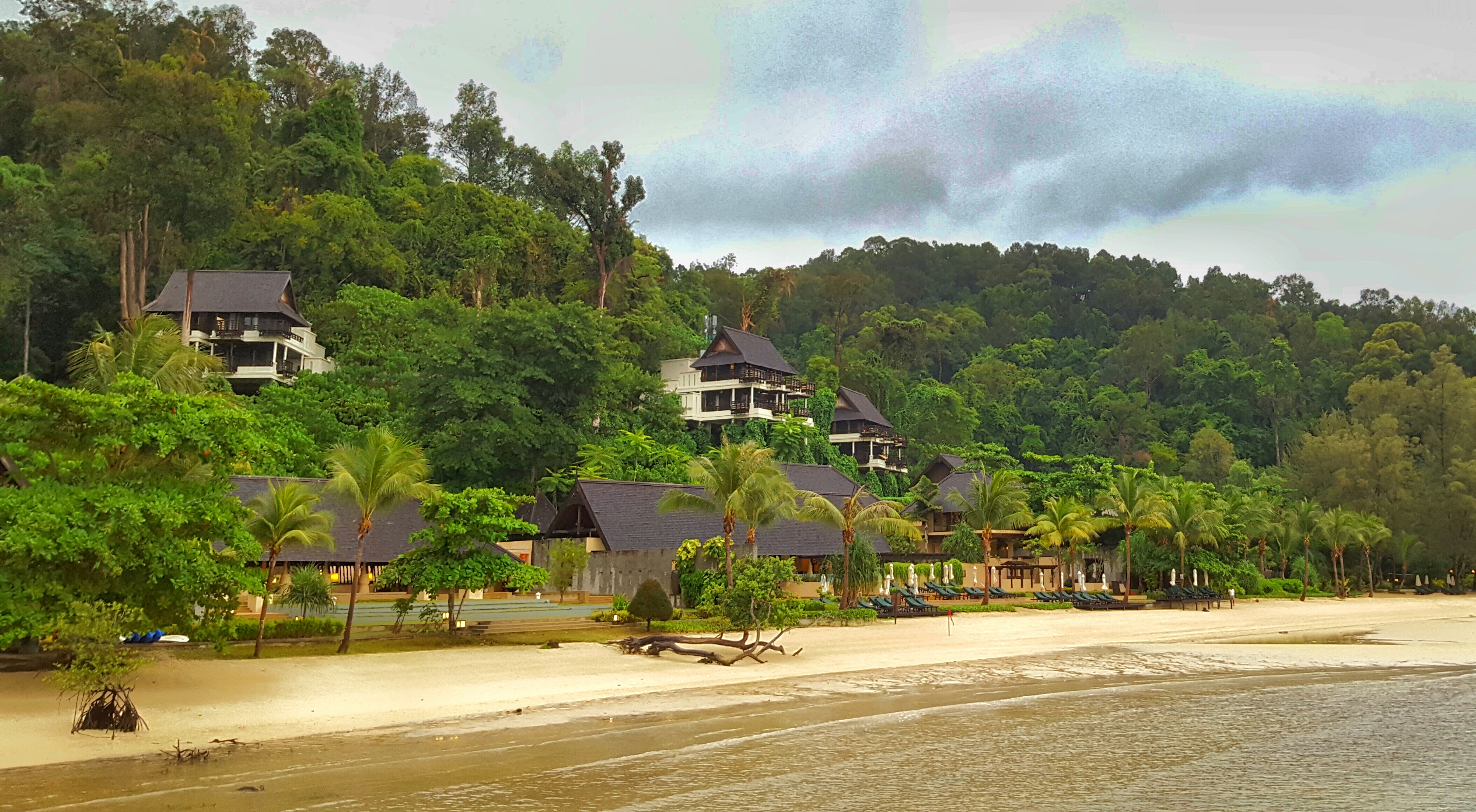 Following a great breakfast and a short break it was onto the second location, a jungle trek with Gaya Island Resort’s resident naturalist, Justin. Incredibly knowledgeable and equally friendly, Justin took us on a short tour of the resort’s jungle. The instant we set foot in the jungle we were engulfed by its humid heat. The path we followed, which we later learnt was hand built by Justin and colleagues, was not too long but still filled with a variety of fascinating plants, critters, and creatures, and of course stunning locations! 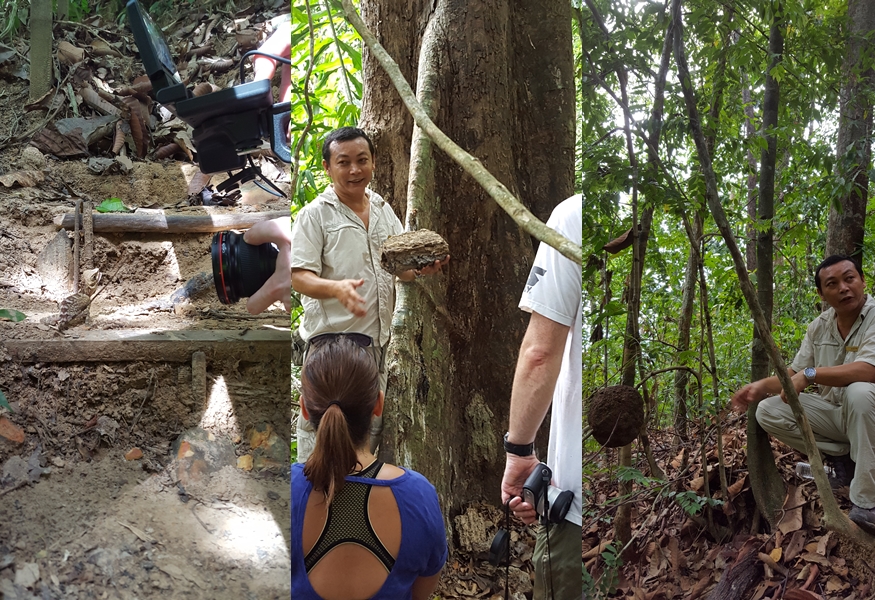 On the way out we popped in at the spa – which will be our first location tomorrow morning – and were greeted with ice cold towels and glasses of their delicious spa elixir. Refreshed, we made another quick stop, this time at the Kinabalu Villa, and then broke for lunch.

Our last two stops could only be reached by boat, so we met on the jetty and set off. First up was the local water village, a small sea-side stretch of houses all set on stilts directly over the water. Just as we got close we spotted a boat we couldn’t resist. As luck would have it, our captain knew the boat’s captain and we were allowed to board. A group of local boys were playing in the water just off the stern and we had a great time interacting with them! The last recce location was a secluded, private beach. Unfortunately, unfavourable water conditions meant we could only view it from the comfort of our boat, but what we saw looked amazing and we hope to get back there for a shoot. 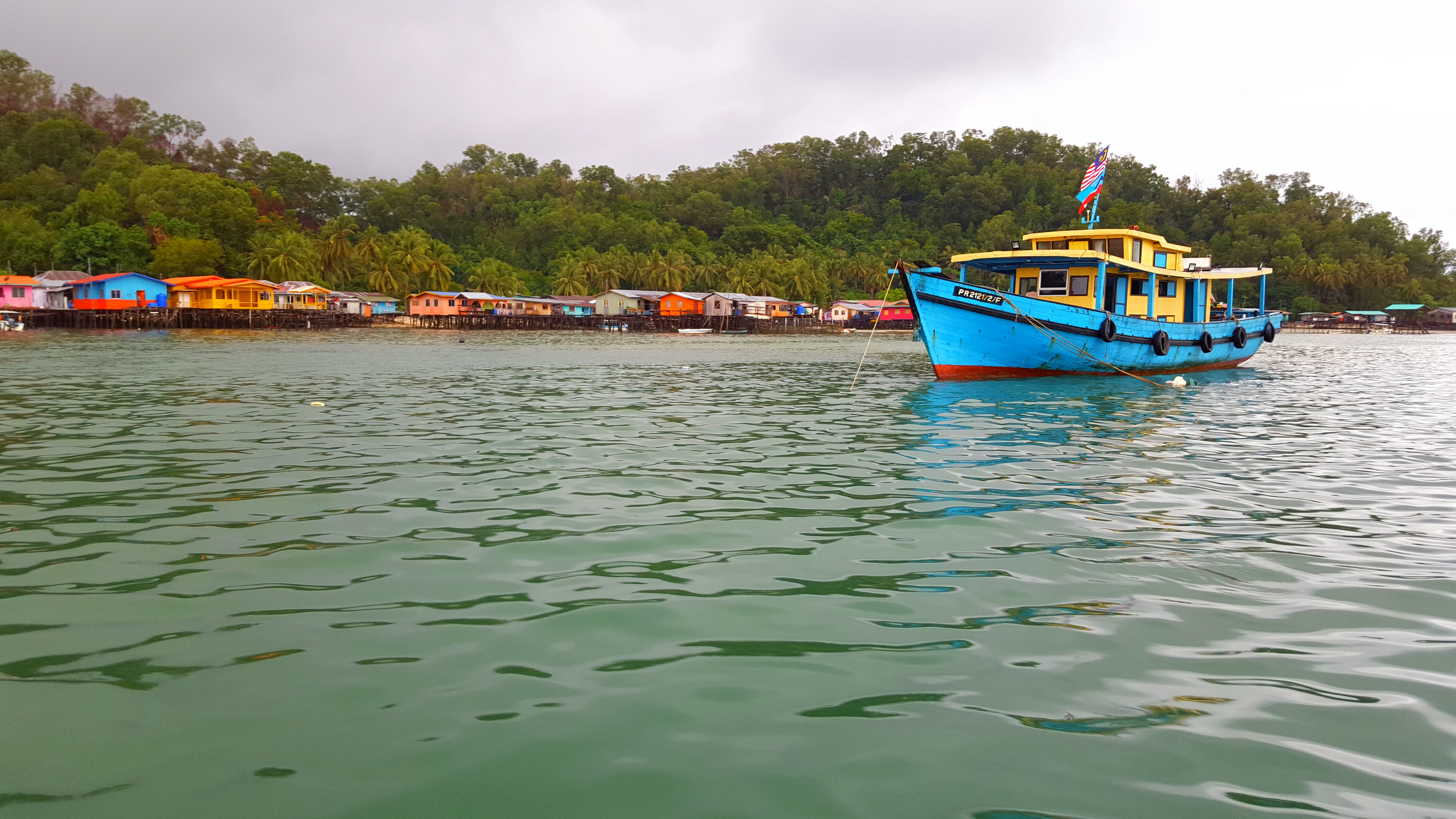 Although the recce was done, the day was not over – we had our Welcome Party waiting for us. After a drink at the Pool Bar & Lounge we were treated an exquisite meal at the Fisherman’s Cove restaurant. Our food, comprising a selection of local dishes, was served on a piece of palm frond and accompanied by a unique yoghurt drink. Throughout the meal we were treated to variety of fascinating local performances, dances originating from several different Bornean regions, and following the final one we were called to join the dancers on the floor. 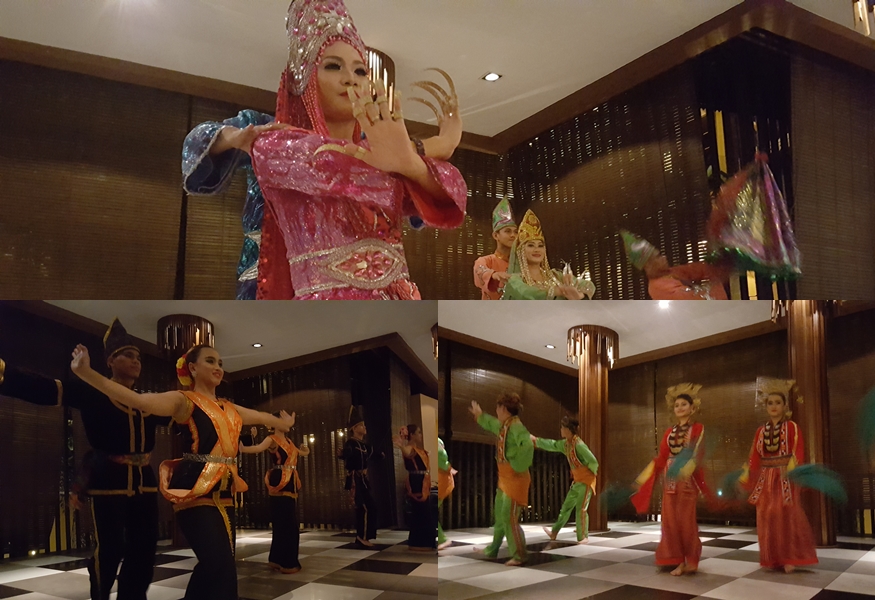 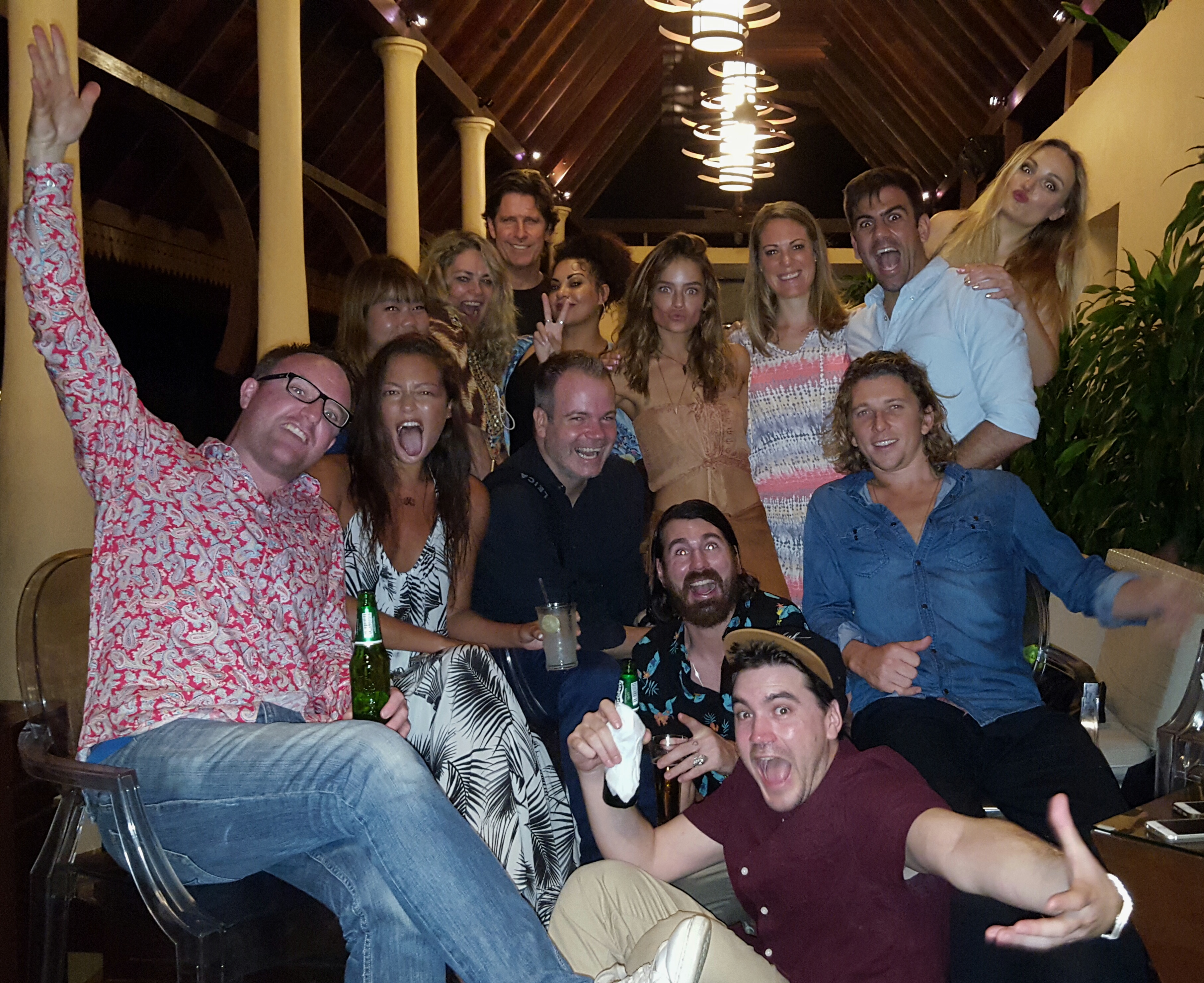