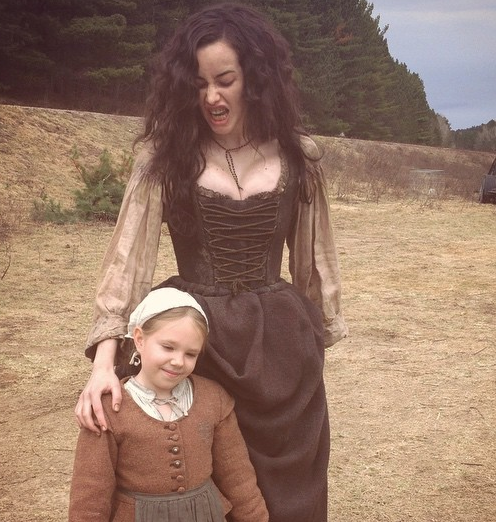 Sarah Stephens Finds Her Dark Side

She’s made a career of looking classy and gorgeous as a Victoria’s Secret model, Seafolly model and more, but this Aussie stunner has ditched her glamour roles for a rather unflattering look. Trying her hand at acting, Stephens snapped up a role in The Witch, where she spends much of her time caked in mud and grime. The horror film focuses on a Puritan family who banished and find themselves living on the edge of an creepy wood where “a lot of things go wrong.” So what did she think of her new look? “They didn’t make me look pretty, really. I had rotten teeth, and dirt and mud and grit … [but] I really enjoy getting dirty and ugly,” she says of her role.

She also told Fox News Magazine that she suffered a bit from stage fright, but loved her character. “I was a little bit nervous because it was my first film, and I do have to play quite an evil character, but it was fun. I love playing dark, weird, creepy characters. I couldn’t think of a better way to get into acting.”

The film is cooking at the box office, and looks set to be an Indie hit. Here’s a glimpse of Sarah’s very witchy look as shared on her Tumblr page.