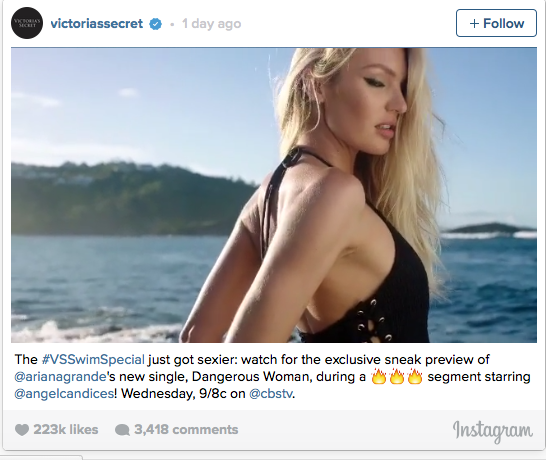 Ariana Grande And Victoria’s Secret’s Top Secret Is Out!

Ariana Grande’s new single “Dangerous Woman” is out this Friday. But, Victoria’s Secret announced that they’ll be previewing a clip of the new song during their Swim Special, which airs today! Listen out as Candice Swanepoel struts her stuff… It’s not the first time Ari has teamed up with the Angels. She performed at the VS show in 2014

Recently Ariana Grande announced that she was changing her album title from Moonlight to Dangerous Woman. “ ‘Moonlight’ is a lovely song and it’s a lovely title. It’s really romantic, and it definitely ties together the old music and the new music. But ‘Dangerous Woman’ is a lot stronger,” she told fans in an online Q&A, adding that “I want to be empowering my fans. I feel like my personal growth is reflected in the sound. I’m really proud of it…To me, a dangerous woman is someone who’s not afraid to take a stand, be herself and to be honest.” She also released an intriguing promo pic for her new track on Instagram featuring her as Wonder Woman. Can’t wait! 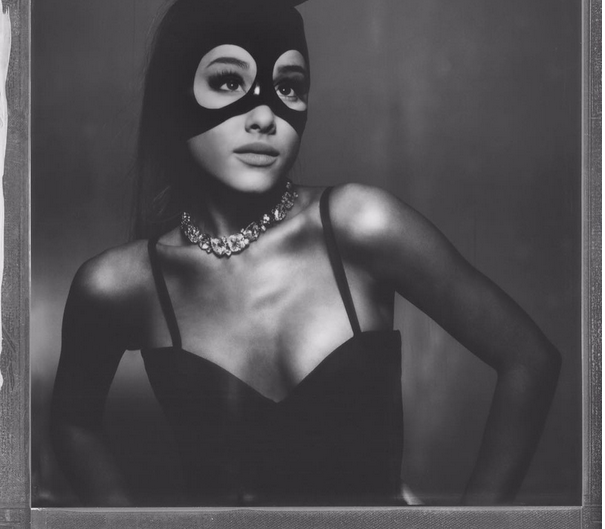