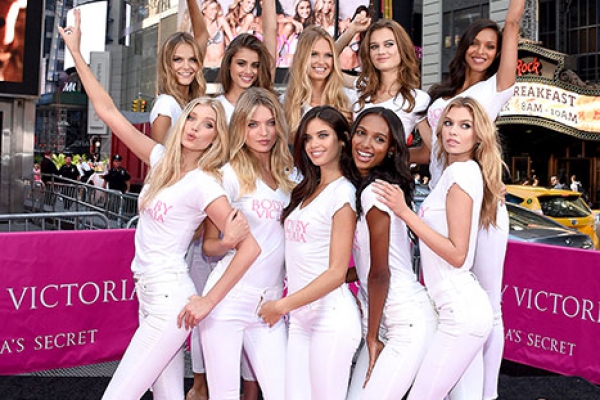 What It REALLY Takes To Be A Victoria Secret Angel

The Victoria Secret Fashion show is one of the most eagerly anticipated shows on the fashion calendar. The show is known for the sexy lingerie, extravagant sets and the most gorgeous supermodels on the planet. This is however only what happens during the show and the footage posted on the company’s Youtube page gives an insight of what happens before the cameras start rolling. Hundreds of models are called to  audition for the show – and what happens next is quite surprising.

The show is renowned for launching various models careers so one can imagine how competitive auditions can become to make the cut. Just to put things into perspective, 500 models were submitted for consideration, of which 300 were flown in to audition for producers and of those only 44 made the cut for the show. This comes as a surprise to most of us since there was a belief that the models were just chosen by the producers and then started rehearsing. Izabel Goulart, who has been walking in the show since 2005, gave an emotional speech as she stated “every year feels like the very first time (in the show)”, while onlookers can be seen wiping away their tears.

This year’s newcomer Gigi Hadid collapses to her knees with joy when she is told that she made the cut.  Producers know how hard these girls work to try and make the show however only 44 can walk the runway and as the video shows many of the girls struggling to control their emotions. Gigi is joined by fellow newbie and BFF Kendall Jenner as well as Taylor Hill, Sara Sampaio, Martha Hunt and Stella Maxwell, while Lily Aldridge has the special honour of wearing this year’s $2 million
Fantasy Bra. Musical guests include Selena Gomez, The Weeknd and Ellie Goulding. Be sure to catch the show when it airs on the 8 December.