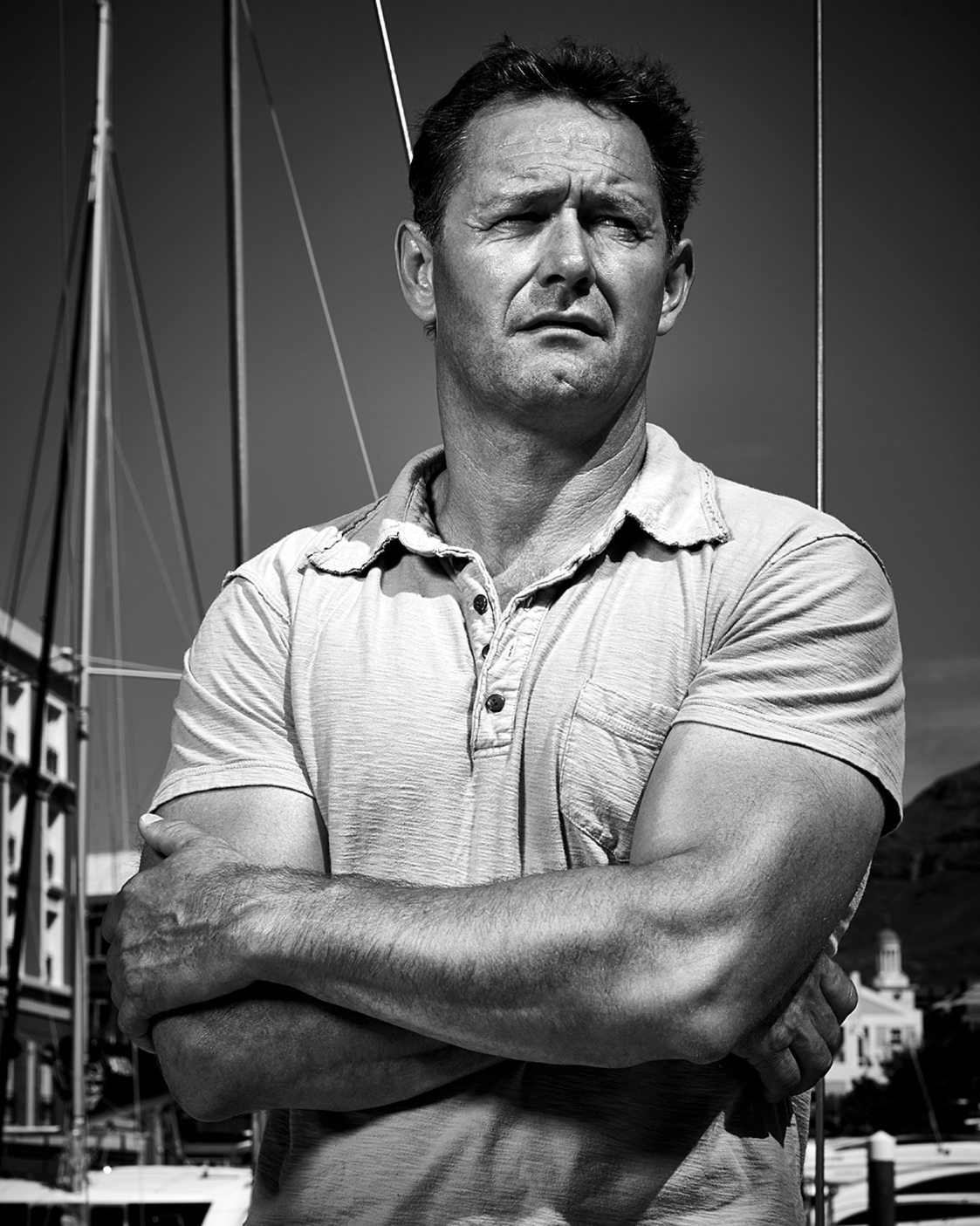 It’s an early summer afternoon at the V&A Waterfront in Cape Town and Jan Dekker is sitting with a bottled beer in one hand. With the other he’s using his fingers to list the criteria needed to be a success in one of the hardest professions of all. “One, you must be a team player. Two, athletic. Three, not scared. Four, enjoy doing things. Five, be organized.”

And in a few broad brushstrokes the acclaimed bowman-cum-rescue diver describes what it takes to be a professional sailor at the cutting edge of the sport. Those ambitious enough to want to crack the big time must heed the warnings. If you get seasick in a bathtub, or have a fear of the unknown, don’t bother.

Dekker, by his own admission, is not the youngster at the front of the boat anymore. “I’m 45,” he says, but as if he’s in denial, because in his case age really is just a number. Sure, the body isn’t able to do everything it was once able to, but it’s all relative. Stand him against “normal” guys half his age and he’ll teach them a lesson or two.

Then again, Dekker doesn’t operate in a world of “normal guys.” He is back in Cape Town awaiting his next challenge- even he doesn’t know what it might be. The only thing he knows is that there is another challenge out there. The last was in September 2013 at America’s Cup, which was famously won by Oracle Team USA, the defending champions, in their home waters of San Francisco.

It was one of the greatest storylines in the history of sports. Team USA found themselves 8-1 down in the best-of-17 against Team New Zealand. The first to win nine races would take all the glory in sailing’s equivalent to motor racing’s Formula One. “With each subsequent win the belief just grew and grew,” Dekker says. “And with each subsequent defeat the more the pressure was heaped on New Zealand. It was theirs to lose, not ours to win. They had everyone in their home country cheering them on and expecting them to shut it out. Even their government, who had given them millions for the campaign.”

What happened next is the stuff of sporting folklore. The biggest comeback or the biggest choke? It has been described as both, depending on which side of the fence you sit. Dekker is in no doubt. “We won it, they didn’t lose it,” he reckons. “I’m not saying that they didn’t work hard but on our days off we put everything into improving the boat. Little fractions and margins here and there make a huge difference. We tweaked things and practiced and it paid off.

“Typically a training day would start at 7am in the gym and was followed by a 9am breakfast and then a team briefing at 9.30am. After that it was taking the boat out of the shed, tending to it and launching it. From noon to 4pm we’d be sailing her and then there’s that lengthy progress of taking her out of the water, getting her back in the shed, talking to the technical team, followed by a full debrief. It became a 12-hour day.”

Dekker wouldn’t have it any other way. He is comfortable living on the edge, a veteran of previous America’s Cup campaigns (including victory with the Swiss team Alinghi in 2007), various Volvo (formerly Whitbread) Round The World Races (one of which he won, in 2005/06 aboard ABN AMRO One), a Jules Verne Trophy survivor and a mainstay on the French 60-foot trimaran circuit. In his stylish house he has pictures on the wall, including one of big wave surfing daredevil Twiggy Baker, riding a monster at Dungeons in Cape Town.

One of the biggest voices in sailing is the three-time Olympic gold medallist, and twice winner of the America’s Cup with Alinghi (2003 and 2007), Jochen Schümann. In recruiting him for Alinghi in 2006, the German spoke highly of Dekker’s pedigree. “He’s an experienced bowman and has sailed on a lot of different boats. He is physically very strong and that is useful on Cup boats. We need strong, solid, experienced bow people. We know Jan’s very experienced, having done various Volvos and trimaran campaigns in France, aside from other big boat programmes, and have put him in the rig team, hoping that we can learn a bit from him.” High praise indeed.

Dekker’s also a fighter. The bowman is a critical position on a boat. He’s the man at the front, with danger lurking everywhere. “To go up the mast is not difficult but when you go up it when there are big waves it’s a different story,” he says. “It can become quite dangerous.” That in itself is an understatement, though Dekker can never be accused of over-dramatising things.
“Injuries and even death are part of the game” he says, matter-of-factly. ‘I’ve torn ligaments, been knocked unconscious a couple of times and been left ‘hanging out there’ on the spinnaker pole.” 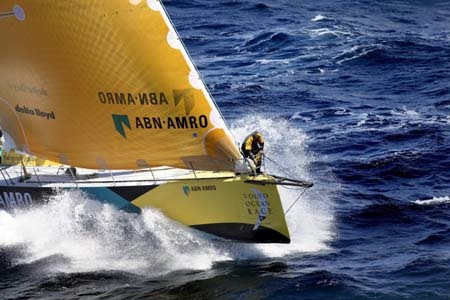 When pressed, he admits to have seen worse. In fact his role in the victorious America’s Cup campaign arose out of tragedy.
Back in May the 72-foot Swedish America’s Cup entrant Artemis Racing was turning downwind while travelling at 30 knots (about 55km/h) when the bow of the catamaran dipped beneath the surface. The port hull broke and inverted on top of the wing, trapping Andrew “Bart” Simpson. Just 36, the British sailor – an Olympic champion – was under water. Dekker was aboard another boat and was first on the scene within “about six minutes”. “He was gone,” he recalls. “Nothing could be done to revive him.”
The official report contradicted the time, saying that “the subject remained trapped for approximately 10 minutes. The subject was then located, floating in the waters of the bay, unconscious.”
The tragedy rocked the sport, and came as a stark reminder of its inherent dangers.

However, Dekker’s professionalism and actions had been noted and almost immediately he was recruited as a full-time rescue diver with Oracle Team USA. “On these modern boats there isn’t really a place for a bowman. You have four positions – trimmer, driver, bringer and tactician. It’s not as though I’m too old, I’m only 45! But I was happy to have been able to play a part in the America’s Cup success, whatever my role was.”
Not that it was the first time he had seen death on the ocean. “Once, aboard a French trimaran, one of our guys was washed off in heavy conditions. We never found him.” His voice fades away, as he puts down the empty bottle of beer and orders a coffee, as if he has been shocked back to reality.
Dekker has always been someone who has actively looked for work. The moss will never grow under his feet.

While working as a diamond diver on South Africa’s West Coast, he decided to visit his aunt in the French town of Saint-Tropez, some 100km east of Marseille. “While there I met a guy who asked me if I wanted to help him deliver a boat across the Atlantic Ocean to Saint Thomas, which is an island in the Caribbean Sea. I gladly accepted for a few dollars. Shortly after arriving there another guy asked me if I’d help him deliver a boat to England, and I was offered another few dollars.
“While I was on that boat I came across some old DVD films – or they might have been VHS videos! – of the Whitbread Round The World Race. I was immediately hooked by the sense of adventure and the challenge. And while it took me a few years to break into that world, it’s suffice to say that I never went back to diamond diving!”

His advice to anyone wanting to take up a career as a professional sailor is simple: “Just sail as much as you can, do a good job wherever you can and eventually people will notice that you’re doing a good job and will offer you a position somewhere. There is a finite number of people who can do this job. And we all tend to keep in touch and sail together when we can. Mostly we’re a crew of easy-going guys and a tight community.”
A prime example of such a determined approach can be seen as to how Dekker broke onto the America’s Cup scene with Alinghi in 2006. “In the 2001 Round the World Race, we stopped in Auckland and already then I wanted to join Alinghi. I wrote my CV and gave it to the team. Since then, once a year, I’ve told them I’m still keen.” And then he got the call-up.

While we’re talking, Dekker doesn’t know what the future holds. He hasn’t ruled out another gig with a team competing in the 2014 Volvo Ocean Race and he would ideally like to be involved, like he was in 2005/06 when he helped skipper Mike Sanderson win aboard the Dutch boat ABN AMRO One in his fourth such race. He is also keen on more America’s Cup action and another opportunity to break the record for circumnavigation around the world (the Jules Verne Trophy).
“I’ve broken the record once and capsized once (both with the French entrant Groupama3).”
During the 2008 Jules Verne Trophy, Dekker was the only English-speaking crew member of Groupama 3 that capsized off the coast of New Zealand, while enjoying a day’s lead on the previous record. “I was on watch at the helm with Franck Proffit and Fred Le Peutrec. The leeward float broke and there was a quick chain reaction. The float had taken the beam with it and that broke too. We capsized within 10 seconds .” The giant trimaran was upside down in the water and quickly three New Zealand rescue services helicopters were on the scene to airlift the 10 crew members to safety.
A year later Groupama3 was forced to abandon its world record attempt at sea, but she returned in 2010 and achieved the goal in 48 days, 7 hours, 44 minutes.

For now though Dekker is happy to keep his feet on terra firma, going up Table Mountain regularly and immersing himself in his other hobbies such as building wooden furniture. “I love the designing part and having it made. I’d like to design and build my own house one day. In Cape Town, of course.”
In saying our goodbyes, he hands me his business card. It states, quite simply, Jan Dekker, although his email address is slightly different. “Which of the two is the correct spelling of your name?” I ask. “It’s definitely Jan,” he replies, “but it’s quite a common Dutch name and when I tried to create an email account on the internet I was down to something like JanDekker32567.  So I simplified it with ‘Yan’.”
Further proof that he’s one of a kind. 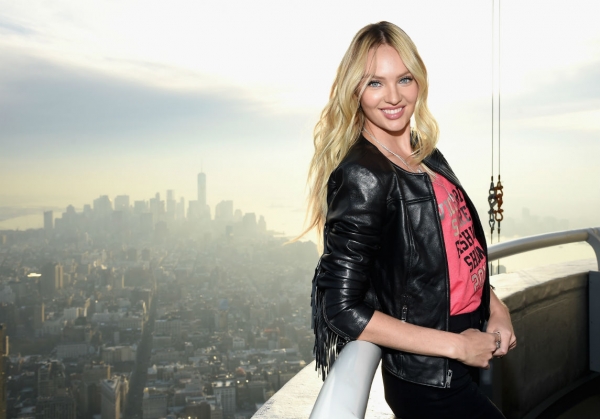 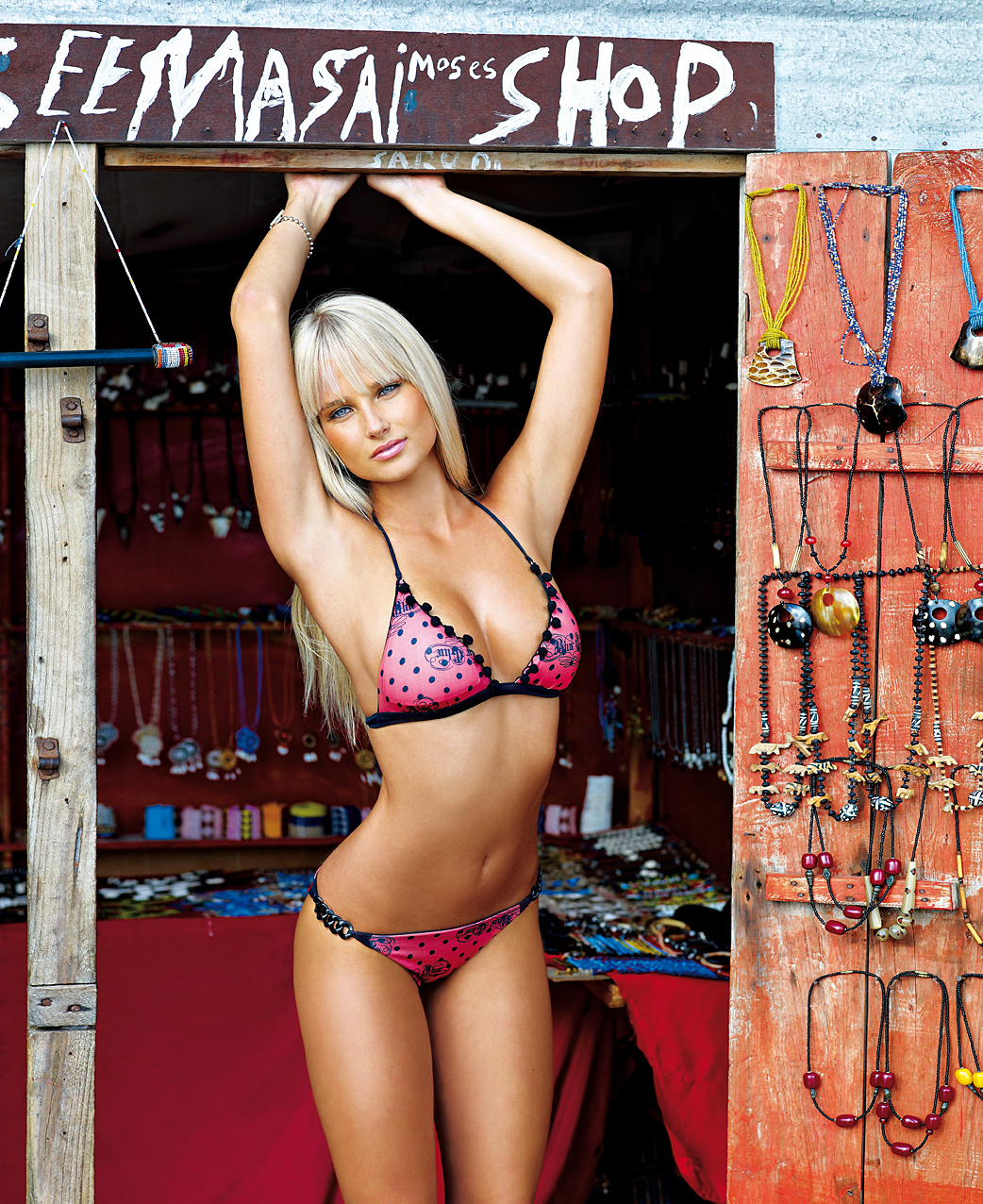 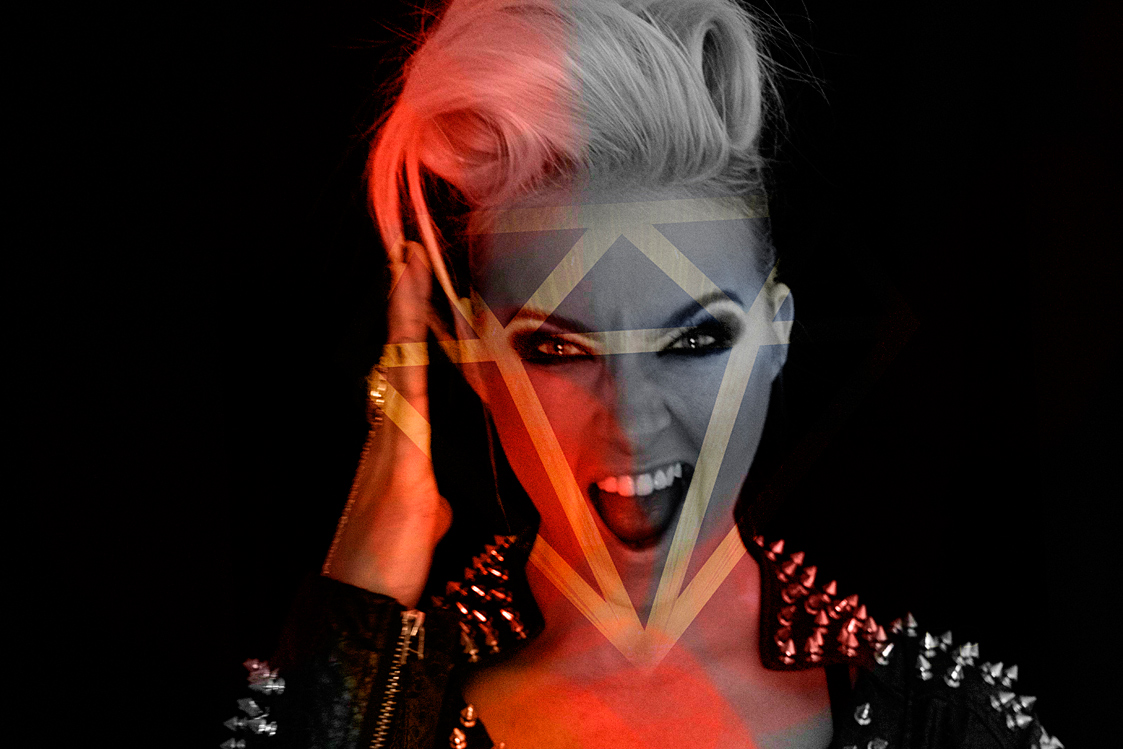