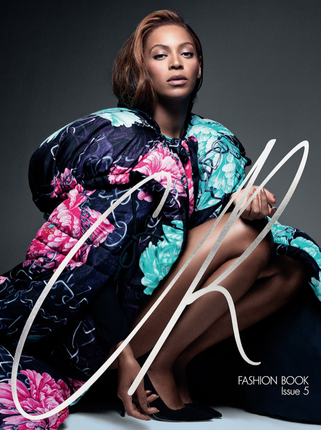 Beyoncé stuns on the cover of the latest CR Fashion Book. The Queen B has been all the rage lately, as she continually impresses us with her impeccable creativity, killer body and powerful performances. Recently though, the pop star’s daughter Blue Ivy, has been capturing all the attention away from her fierce mom. She stole away the spotlight when she had her epic performance on the VMA stage.

In the most current issue of the high-fashion magazine, put out by former editor in chief of Vogue Paris Carine Roitfeld, Beyoncé surprises us all again. The magazine features a free-form poem that assembles statements made by Beyoncé that are remixed by poet Forrest Gander. The poem is entitled “Bey of Light” and highlights everything from Blue Ivy to her own persona Sasha Firece. Blue Ivy is all the rage right now and is just as popular as her mom. Check out the poem for yourself! 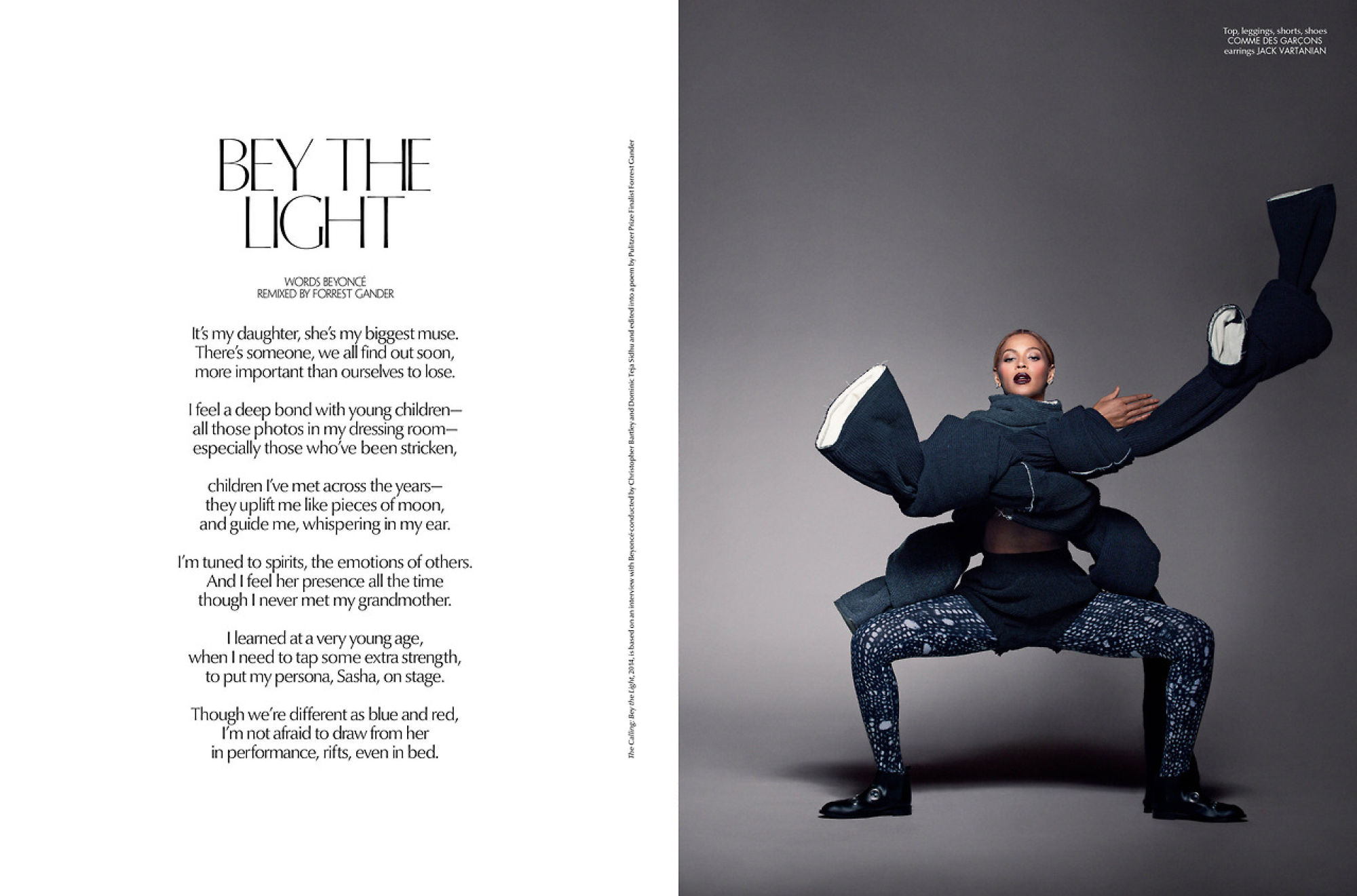 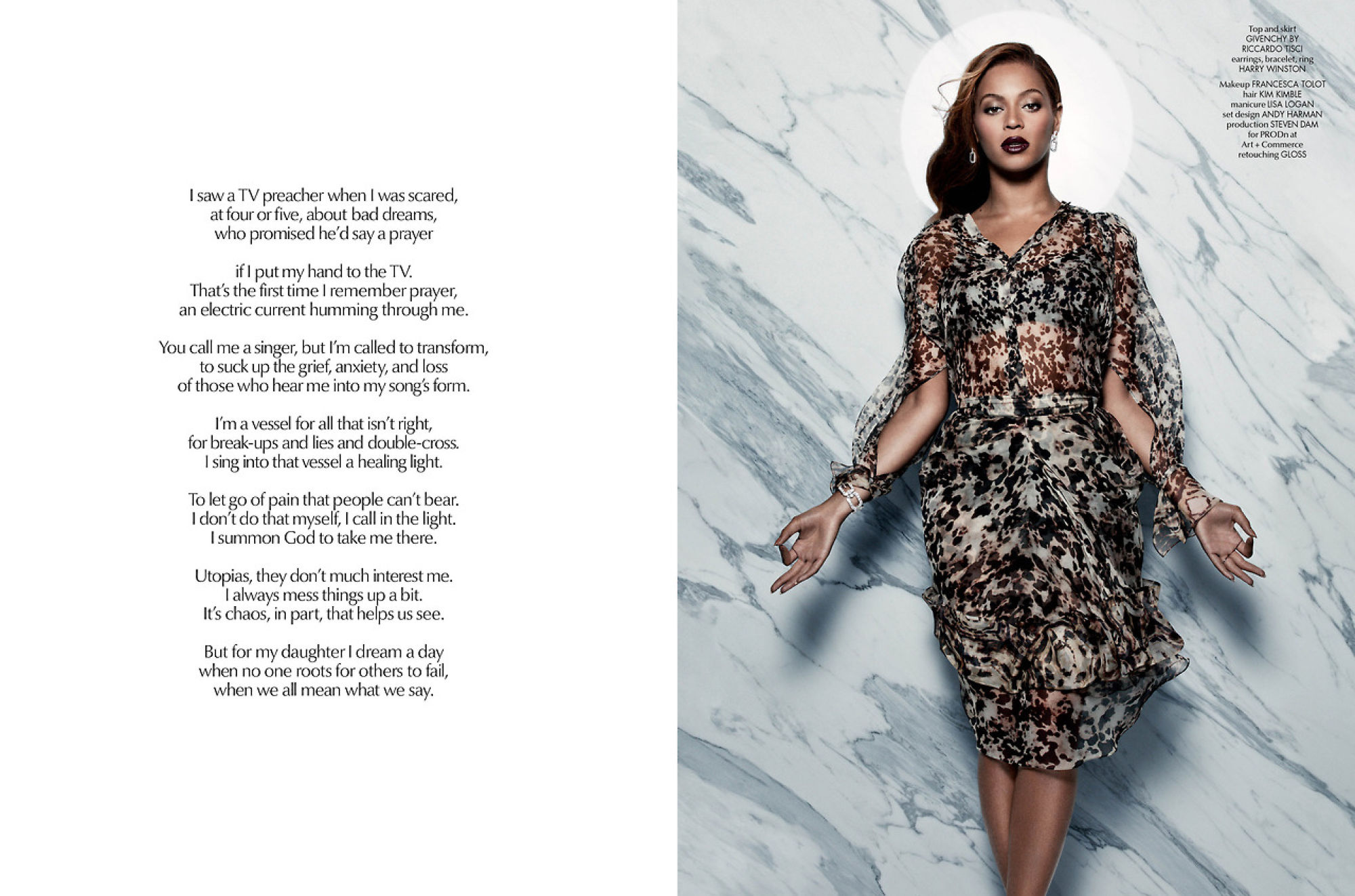