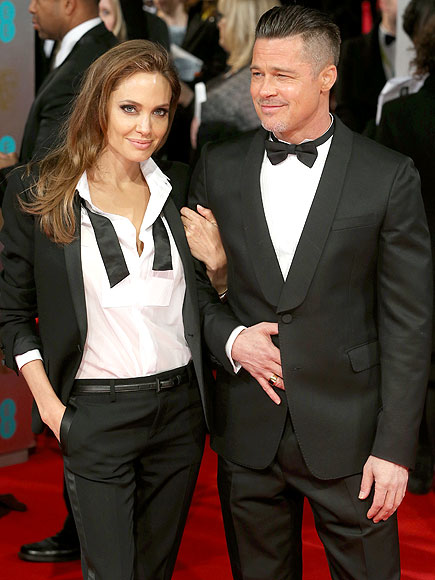 I guess it was finally time to tie the knot for the celebrity couple. After years of dating we wondered if this day would ever come. Well, the day came… and then it passed and no one even knew. Of course, they carried out their nuptials with complete class. The couple decided to marry in France at Château Miraval, their wine estate that sprawls over 1,000 acres. Doesn’t sound like a half bad place to carry out a romantic, intimate wedding. Post wedding the couple enjoyed some time at their estate with their children. They took time for themselves before coming back to the media frenzy sure to ensue when America found out the news. Which is exactly what happened. The couple’s class carried on as they officially announced their wedding with all the newlywed glow you would expect. They also took time to point out that while they got married, they don’t plan to slow down one bit. Jolie already spoke out again about the growing crisis in Syria and the dire need for our attention to be turned from celebrity weddings to more urgent matters. On top of that the couple is already working on another film project. The movie written and directed by Jolie herself, is called By The Sea. The newlywed couple will play a couple in the new film, which is reportedly pretty hot and steamy. The couple hasn’t worked together since their 2005 movie Mr. and Mrs. Smith.  What a great way to start out the newlywed bliss!