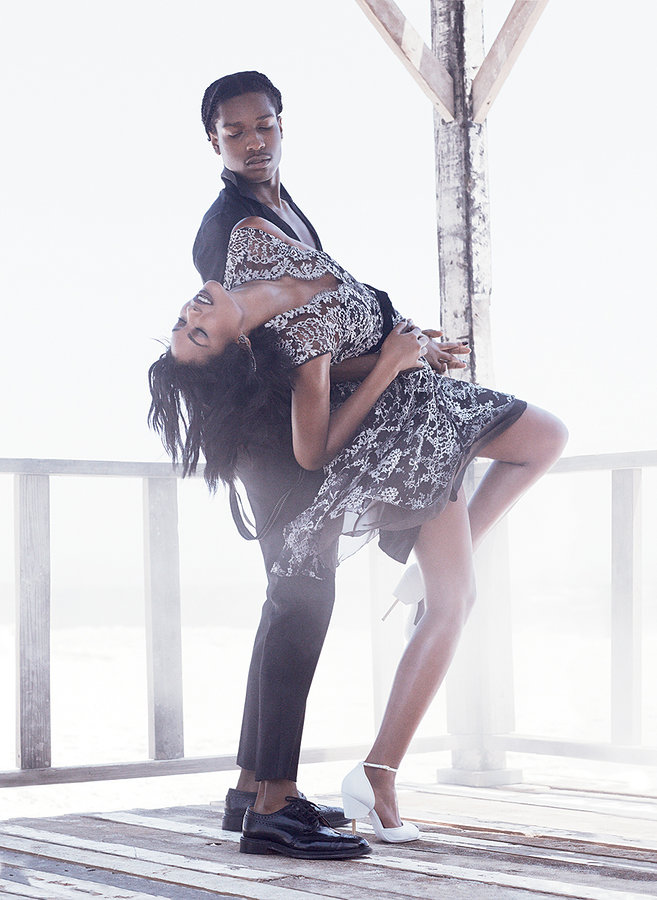 The September issue of Vogue is be bigger than ever. The magazine is stepping out of its shell and making some groundbreaking changes. For instance, a model of color will appear on the famous September cover for the first time in twenty-five years. Vogue is keeping up with the constantly changing industry, embracing the fashion world as it becomes increasingly diverse.

This issue will display an editorial spread of the popular couple, A$AP Rocky and Chanel Iman. Before, they have individually appeared in editorials, but this is the first time that the duo has collaborated for a shoot. The couple’s photo shoot gave off a sensual Dirty Dancing vibe. We’ve already gotten some alluring insight into this epic edition of Vogue, so make sure to grab your own September issue of the magazine to see what all the buzz is about.