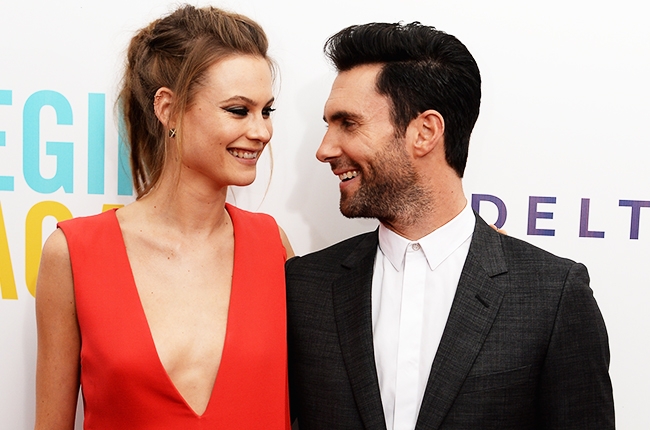 Recently, the Victoria Secret model Behati Prinsloo and Maroon 5 lead vocalist Adam Levine tied the knot. This may come as a shock to many who may have heard things about Levine’s history with women.  It might also come as a surprise because of Levine’s previous public statements about his uncertainty with settling down. The former Tonight Show host Jay Leno even confronted Levine about this, reminding him that at one point he had said he was “never going to get married.”  Levine found this humorous and then recanted his statement by saying “Famous last words: ‘I’ll never get married.’ You know, I still don’t think you have to get married, unless you meet someone that makes you want to marry them. And then you marry them and it’s wonderful.”  Therefore, Prinsloo must have had that special something to make Levine commit to forever.

The two were married on July 19th at Flora Farms in Los Cabos, Mexico surrounded by family and friends. The ceremony lasted only 20 minutes and there were approximately 300 guest in attendance. Both sides of the bridal party were stacked with familiar faces; as Levine’s side was filled with his fellow Maroon 5 band members.  Prinsloo’s bridesmaid party was packed with her closest Victoria’s Secret Model friends. Prinsloo dressed to impress, as she sported a custom-made Marchesa dress down the aisle. The wedding couple requested that their guests make donations to a charity instead of purchasing them wedding gifts. The newlyweds are now enjoying their honeymoon in South Africa!